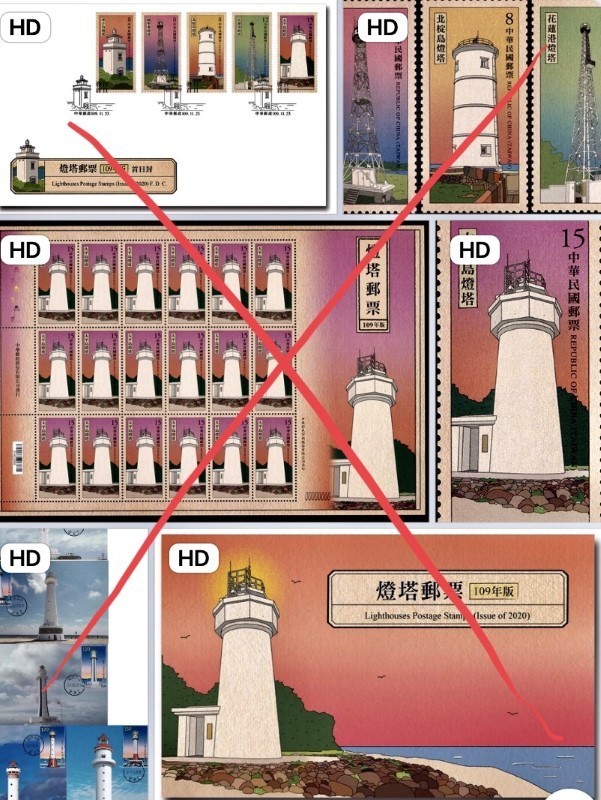 This is not the first time Taiwan's Chunghwa Post has issued stamps with the content violating Vietnam’s sovereignty over Truong Sa Archipelago.

Viet Stamp Club, a group of stamp collectors belonging to the HCM City Stamp Association has sent a document to the Ministry of Information and Communications (MIC), informing it that Taiwan’s postage stamps violate Vietnam’s sovereignty over Truong Sa Archipelago.

The document says on November 23, 2020, Chunghwa Post issued a set of five stamps showing five lighthouses built by Taiwan. One of the lighthouses was built illegally in 2015 on Vietnam’s Ba Binh Island. The island has been illegally occupied by Taiwan since 1956. It is the biggest island of the Truong Sa archipelago.

The stamp with the image of the lighthouse, 13.7 meters higher than sea level and an operation range of 10 miles, has face value of 15 new Taiwan dollars.

The Chunghwa Post issued the stamps as propaganda about the so-called Taiwanese sovereignty over Ba Binh Islan in order to deceive the domestic and international public about their illegal actions.

“The move of Taiwan’s Chunghwa Post has violated international laws, seriously violated Vietnam’s sovereignty over Truong Sa archipelago. It doesn’t come in line with the provisions of the Acts of the Universal Postal Union,” the Viet Stamp Club’s document reads.

This is the third time the Chunghwa Post has issued postage stamps with content violating Vietnam’s sovereignty over the Truong Sa Archipelago. Prior to that, in 1996, it issued a set of stamps, including two stamps and one stamp bloc showing the illegal nine-dash line on the East Sea and the image of Vietnam’s Ba Binh Island. In 2016, they issued a set of four stamps with the images of Ba Binh Island.

Soon after the stamps were issued in 2016, following a proposal by the Viet Stamp Club, the Chunghwa Post was asked to respect the truth, repeal the stamps and related publications, and not repeat the action.

Nevertheless, the Chunghwa Post continues to be disrespectful to the fact that Vietnam has enough legal and historical evidence to prove its sovereignty over Hoang Sa (Paracel) and Truong Sa, and continues to take such wrong actions.

Vietnam’s sovereignty over archipelagos throughout history