Tan Son Nhat Airport in HCM City has become busy again as more domestic flights have resumed as Covid-19 testing for passengers has been stopped. 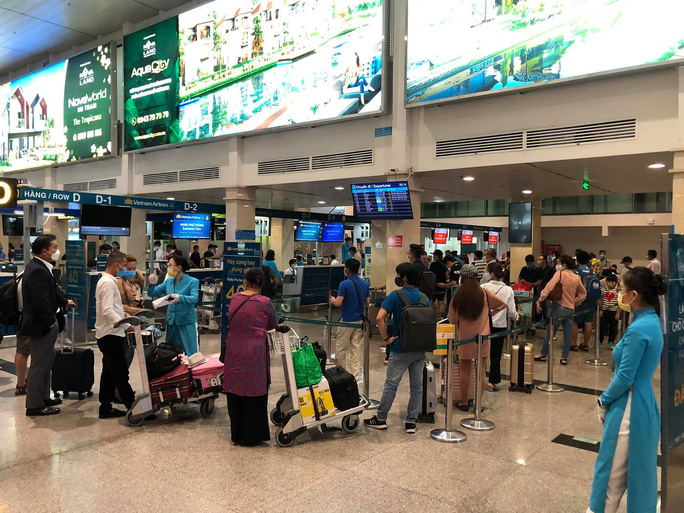 The International Quarantine Centre in HCM City asked related agencies to tighten monitoring on how passengers fill in medical declaration forms during the flights.

According to the Ministry of Health, starting from April 23, up to 20 return flights have been allowed to resume operation on Hanoi-HCM City a day. One return flight has been allowed on the routes Hanoi or HCM City to and from other provinces and cities. 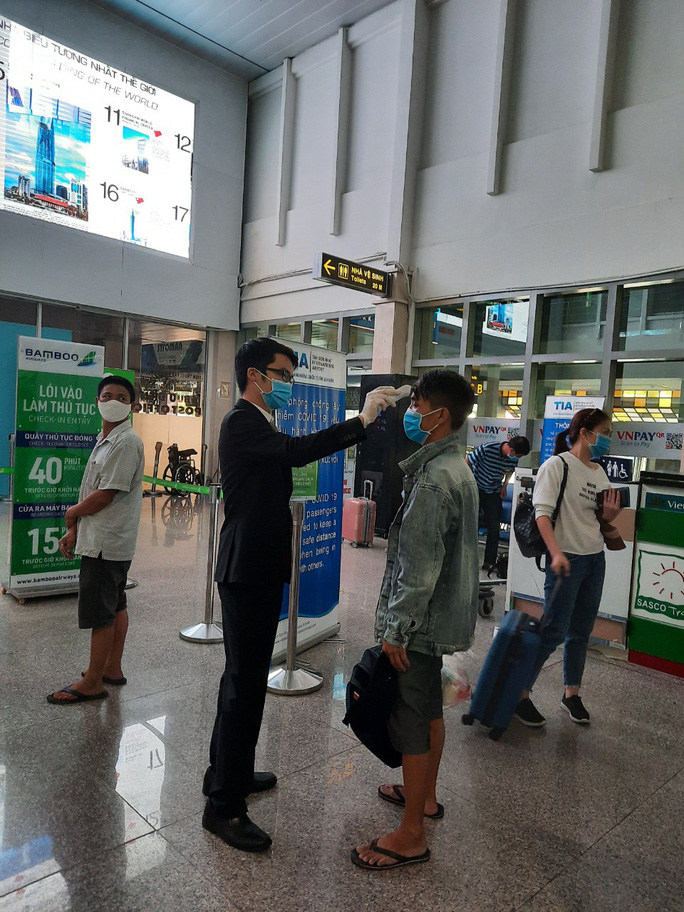 Taking body temperature at the airport

Compared to several days ago, the number of passengers at the airport has greatly increased. On April 23, the airport served 3,000 passengers and 108 flights. The authorities haven't received new foreign passengers, only cargo and repatriation flights.

Many local airlines have launched promotion programmes to attract customers. Vietjet Air said they would resume six return flights a day on Hanoi-HCM City route and three flights on Hanoi-HCM City-Danang route. Other domestic routes will have one flight a day.

The Van Don international airport in the northern province of Quang Ninh announced on April 22 that commercial flights at the airport could be resumed in early May.

Vung Tau: one step closer towards building US$1 billion airport

Ba Ria-Vung Tau has just approved the site for the $1 billion relocation project of the existing Vung Tau airport.