A tech platform that takes testing samples and gives test results online is being used in nine provinces. About 26 localities are also planning to use it. 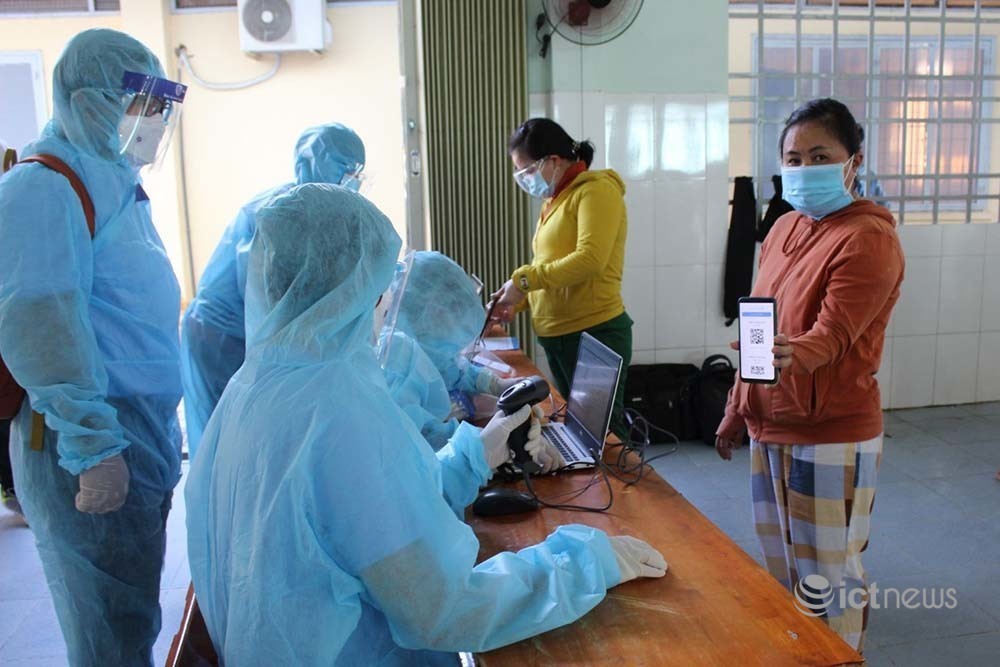 With the platform, people can receive results via a mobile phone app.

The National Technological Center for Covid-19 Prevention and Control recently launched the platform that take samples for testing and gives test results online.

The technological platform is being deployed in the provinces of Tay Ninh, Binh Duong, Bac Giang, Dong Nai, Dong Thap, Can Tho, Vinh Long and Ba Ria-Vung Tau. Training courses are being organized in other localities before the app is applied there.

The platform assists medical workers in managing and taking samples for testing. It helps ease the workload on medical staff and frees them from manual operations.

Under the old procedure, before having a sample taken, people had to fill in a form, and then medical workers entered the information in an Excel file. The process went very slowly as medical workers had to use protective suits and gloves.

Compiling of statistics was also difficult in the Excel file because systems were not connected and the data was implemented differently in localities. Meanwhile, the information provided by people on the form might be insufficient and inaccurate, and errors could occur during data entry.

Regarding the test results, under the old method, people needed to go to medical facilities to get results on paper. The large-scale testing also led to the gathering of many people at medical facilities. The results were late by several days.

These problems will be solved once medical facilities use technological platform.
People need to install the Bluezone app and health declaration apps to get a QR Code.

When they arrive at medical facilities, they just need show the QR Code. Medical staff will scan or use a smartphone with an installed tracing platform to scan the barcode on the test tubes, and then scan the QR Code to match the people who need to have samples taken.

In related news, a report showed that 40 percent of Covid-19 cases in Hanoi found through electronic medical declaration screening.

Which technologies are being used to supervise home-quarantined people?

HCMC has officially allowed F1 cases to quarantine at home since July 17. The new policy is implemented with modern technologies.