Thailand billionaire Charoen Sirivadhanabhakdi, who recently bought Metro Cash & Carry, a German distributor in Vietnam, is moving ahead with a plan to buy Sabeco, a brewery, and Vinamilk, a dairy producer.

VietNamNet Bridge – Thailand billionaire Charoen Sirivadhanabhakdi, who recently bought Metro Cash & Carry, a German distributor in Vietnam, is moving ahead with a plan to buy Sabeco, a brewery, and Vinamilk, a dairy producer. 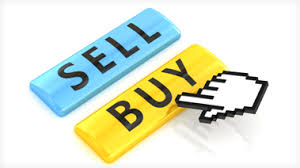 The Wall Street Journal (WSJ) has reported that ThaiBev, owned by the Thai billionaire, is considering buying the state’s stakes in Sabeco, one of the largest breweries in Vietnam, which is valued at $2 billion.

Sabeco, which was initially set up as a state-owned enterprise, was equitized some years ago but is still looking for strategic investors.

Eighty-nine percent of the shares of Sabeco, which owns the two famous brands 333 and Bia Sai Gon, are held by the State. Meanwhile, Heineken reportedly holds five percent of the brewery’s stakes.

In 2013, Sabeco reportedly held 46 percent of the market share, according to Euromonitor, a market survey firm.

Before eyeing Sabeco, the Thai billionaire, through his other company – Fraser & Neave – failed to take over a brewery in Myanmar. Analysts say he is determined to acquire Sabeco, which will help him penetrate newly emerging markets.

The Thai billionaire, with a net asset worth $11.3 billion, owns BJC, the group which has bought Metro Cash & Carry Vietnam.

After that, the billionaire reportedly spent VND650 billion to develop B’Mart, the retail chain it bought in early 2013.

A Vietnamese analyst also noted there were clear signs showing the Thai billionaire’s attempt to take over some Vietnamese companies. He only eyes big players: Metro is a large wholesaler, while Vinamilk is the leading dairy producer and Sabeco the largest brewery.

The BJC Group of the Thai investor has been present in many business fields in Vietnam, including retail, animal feed, food and hotels.

He believes the Thai big investor is moving ahead with a plan to continue acquiring other Vietnamese companies.

Western media have recently quoted international analysts as saying that the Thai billionaire is backed by the government and Chinese finance groups in making investment deals in Thailand and China.