Big C Mien Dong Supermarket in HCM City, one of the oldest branches of the retail chain in Vietnam, has announced closure after failure in negotiating the rent with the landlord. Sabeco, the largest brewer in Vietnam, is in a period of record decline. 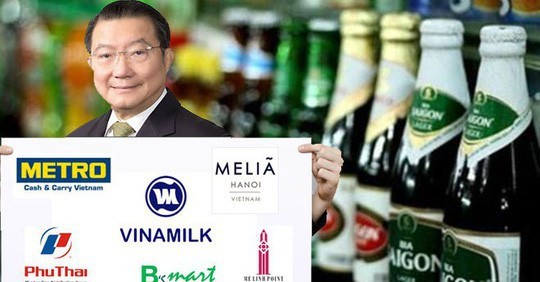 Spending big money in M&A deals to turn Vietnam into a new ‘growth axis’ outside the Thai border is what many Thai investors have been doing. Within several years, billions of dollars have been spent to acquire Vietnamese enterprises.

Many other ‘blockbuster’ deals were made a short time later, including the acquisition of 53 percent of Sabeco shares, worth nearly $5 billion, and the share purchase to become a big shareholder of Vinamilk. At the time when billionaire Charoen Sirivadhanabhakdi spent billions of dollars on the deals, the two target companies were having the largest capitalization value in the Vietnamese stock market.

Thai billionaires have also reached their hands into many other business fields, including building materials manufacturing and e-commerce through a series of smaller deals. In one way or another, the Thai proportion in the Vietnamese market has been increasing steadily.

In April 2016, Central Group divested all shares in Big C Thailand to buy Big C Vietnam from Casino in a deal worth 920 million euros ($1.05 billion). However, Big C's business has not been satisfactory.