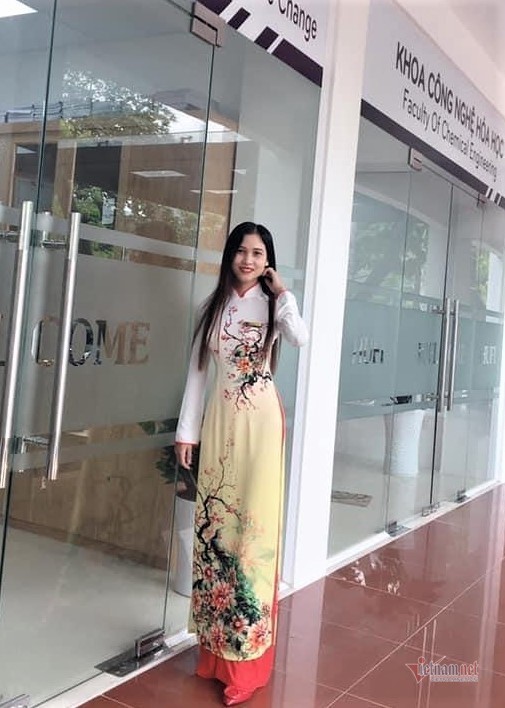 Born in February 1996, Nang Xo Vi, teacher at the Ethnic Minority Boarding School Ia H’Drai branch in Kon Tum province, is the youngest person of the educational sector elected to the 15th NA. She is also the first Brau ethnic minority woman elected.

Vi was born in Dak Me hamlet of Po Y commune, Ngoc Hoi district, which has only households. She said she was lucky because she received a lot of love and great support from people in the hamlet, from the day she began studying at the provincial boarding school, 70 kilometers from her home, to the day she was a student at Hue City University of Education.

At the age of 15-16, when her peers were getting married and having babies, the Brau girl decided that she needed to continue studying.

The strong determination stemmed from the feeling of pain she had when witnessing family violence in the village, and seeing children looking after each other because of the high fertility rate. Vi wanted to step out of the village gate to see the world outside.

When Vi talked about her dream with her father, he advised her to give up the intention because of the difficult conditions of the family. He said finishing secondary school was enough and she needed to think of getting married.

But Vi replied that she really wanted to continue going to school. “If you force me to stop studying, I won’t stay at home for sure,” she said.

She visited the head of the hamlet and expressed her wish to go to high school. It was mid-July, and the Kon Tum provincial Ethnic Minority Boarding School stopped enrolling students. However, the heat of the hamlet still led her to the education department to apply for the school.

“Can you promise that you won’t give up studying?” an official of the education department asked her.

The 15-year-old girl could not speak national language well, but still nodded her head. Luckily, Vi’s application was accepted.

The first two months at the school were a very difficult time for her. As she could not speak Vietnamese well and usually made spelling mistakes, the Brau girl became shy and was afraid of communicating with friends.

But after great efforts, she made great progress after the first semester with the support of her literature teacher, the head teacher, and the school’s board of management.

Moved by the teachers’ kindness and support, Vi wanted to become a teacher and give lessons to students. In summer 2014, she returned home and told her mother that she wanted to study at university.

“What does ‘university’ mean? Will this study cost a lot of money?” her mother asked when hearing Vi’s decision. But she did not have the heart to refuse the daughter, so she borrowed 0.2 taels of gold and gave them to her daughter to prepare for the exam to university.

Vi became the only student at her school to be admitted to the Hue University of Education.

Before Vi left the village for Hue to study, the head of the hamlet convened all villagers and said: “One of our members now can go to university. She will be the first person to bring light to our homeland."

Responding to the call, some villagers contributed rice and fish sauce, others bowls and seasoning powder. All of the items were put into two large bags for her.

The dream of changing education in mountainous areas

Because of the villagers’ love, Vi decided to return to her homeland after graduation, though she had an opportunity to work as a visiting lecturer at the HCM City Food Industry University.

She became a teacher at the boarding school where she studied some years ago. The school has been rebuilt, but the facilities are still poor. There are six classes with more than 180 students.

As the school is 150 kilometers from home, Vi has to live in a rented room, where rain can cause roofs to leak. But she still feels happy.

She could not hide her emotions when hearing on June 10 that she had been elected to the NA. Vi said she was grateful to the locals who had entrusted her, but understands that heavy responsibility has been put on her shoulders.

The young NA Deputy said she will pay attention to educating and giving career guidance to ethnic minority people and promote gender equality.

In the district where she was born, many students stop going to school after they finish the fifth or sixth grades, and get married at the age of 15-16. She wants to change people’s perception of education.