In July 2015, Mondelez International wrapped up a deal to take over the sweets manufacturing division of Kinh Do Group. 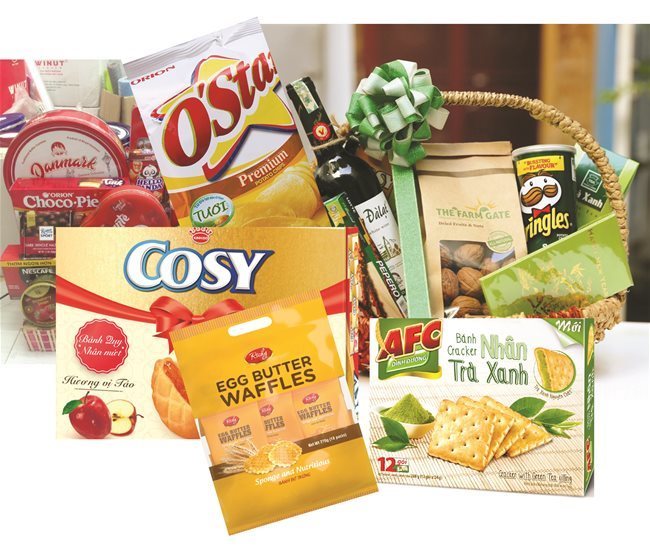 At that time, some analysts commented that the race in the sweets and snacks market had reached an end as Mondelez Kinh Do Vietnam would dominate the market.

However, Hemant Rupani, managing director of Mondelez Kinh Do Vietnam, said it is not easy to make money in the market.

At a meeting with the local press recently, he said that in other countries such as India and Australia, famous brands may hold up to 50 percent of market share. But in Vietnam, famous brands can hold no more than 20-30 percent because of the competition.

At present, Mondelez Kinh Do Vietnam holds 23 percent of biscuit market share, according to Nielsen Vietnam. There are no official statistics for packed sandwiches, because there are many local brands. However, the company is leading the market in terms of revenue.

The general director of another sweets company commented that some manufacturers seem to have very few activities in the market (rarely run advertisement campaigns, have few sale programs for consumers and don’t market new products regularly), but their revenue is higher than people think.

According to Julius Flores, marketing director of URC Vietnam, drinks and food are the two growth motivators of fast moving consumer goods (FMCG). The growth rates of the two segments are always higher than that of the whole industry.

Consumers are also willing to try new products, which is why enterprises likethe two markets.

In the drinks market, according to URC Vietnam, about 1,000 new products have been launched over the last two years. However, only 2.2 percent of them could survive after six months.

The high competition of the market has forced enterprises to spend big money on marketing and advertisement campaigns. The managing director of a dairy production company admitted that the budget for advertisements has been increasing year after year.

Producers also have to compete with counterfeit goods.

Some days ago, appropriate agencies in Dong Nai discovered a shop which made counterfeit Number One energy drink, a well known brand of Tan Hiep Phat Group.

Phan Van Thien, deputy general director of Bibica, a sweets manufacturer, said that Bibica’s Goody and Hura biscuits are the most counterfeited.

People are turning against plastic straws, and a 32-year-old man has come up with a reusable bamboo alternative for the once ubiquitous and popular item that has become a symbol of throw-away culture.

Local snack producers in Vietnam are ramping up operations to tap into the growing demand amid changing eating habits.