The fate of VN enterprises is in their own hands, experts

Only those enterprises that are fully prepared for the battle to come will thrive and survive in regional and global integration.

The Vietnamese Government has been negotiating and signing many important free trade agreements (FTAs) in recent times, which will open up myriad opportunities for the country’s business community in this age of integration. 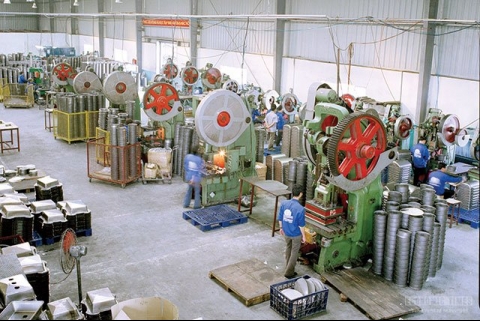 Small and medium-sized enterprises (SMEs), however, will find it difficult to expand and penetrate into new markets or even defend their home turf, which has been and will be inundated by regional and international competitors, according to Mr. Pham Ngoc Long, Director of the SME Management Science Institute.

Speaking of the opportunities to come from the ASEAN Economic Community (AEC), the Trans-Pacific Partnership (TPP), and other FTAs, Mr. Nguyen Dinh Cung, President of the Central Institute for Economic Management (CIEM), raised concerns about SMEs slipping in both numbers and strength.

“The scale of Vietnamese SMEs remains modest, with too many small enterprises in the economy and too few giants, who play an essential role in integration,” he said.

SMEs account for 97 per cent of all enterprises in Vietnam, with a great many of the remainder being owned by the State.

The scale and competitiveness of SMEs, however, has long been weak. Figures from the General Statistics Office show that while there was a fall in the number of enterprises filing for dissolution in the first eight months of 2015, at 6,290 (mostly enterprises with registered capital of less than VND10 billion, or around $500,000), the number of enterprises suspending operations reached 39,056, or 2 per cent higher than in the same period of last year.

Mr. Nathan Lane, the Economic Officer at the Consulate General of the United States in Ho Chi Minh City, shares a view that SMEs are the backbone of regional economies in ASEAN, accounting for more than 90 per cent of the total and creating 50 to 80 per cent of employment.

He stressed that the SME business community is the locomotive of comprehensive economic development in this age of integration but due to a lack of vision and proper business strategy, coupled with a low competitive position, most find it extremely difficult to join global supply chains and have proven unable to do more than assembly and processing.

According to Mr. Dau Anh Tuan, Director of the Legal Department at the Vietnam Chamber of Commerce and Industry (VCCI), only 30 per cent of Vietnamese products being exported to ASEAN enjoy export incentives.

Meanwhile, despite the fact that Vietnam has not yet fully integrated, its market has been watched closely by regional competitors.

Since 2010 goods from ASEAN have been pouring into Vietnam in significant quantities, eventually pushing the trade balance into deficit. ASEAN currently comes after only China in exporting to Vietnam.

The Steering Committee for International Integration believes that competition will become even fiercer in the year to come, with 100 per cent of tariffs on goods from ASEAN being exempted.

The rising challenges in the context of poor competitiveness mentioned by Mr. Lane present the clear possibility that Vietnamese enterprises will lose the fight on their home turf.

Mr. Le Vinh Son, Chairman of the Hanoi Young Entrepreneurs Association, said the local market has been flooded with ASEAN goods for many years.

In the short term, the manufacturing of consumer goods is the sector affected the most, with a remarkable number of Thai enterprises managing to penetrate into and then dominate Vietnam’s market. Mr. Pham Dinh Doan, Chairman of the Phu Thai Group, posed questions about Vietnam’s retail market in the post-2015 period, when the economic needs test for foreign investors and enterprises is removed.

Meanwhile, upcoming FTAs such as the Vietnam-Korea FTA and the FTA between Vietnam and the Eurasian Economic Union will put huge pressure on Vietnam’s steel industry.

Ms. Ninh Thi Bich Thuy, CEO of TVP Steel, complained that local enterprises are locked in a fierce battle with cheap steel imports from China and the challenges presented by these FTAs will only make matters worse.

“With a local market full of competitors, we have to find a way to improve our exports to maintain sales volumes or we will suffer losses and banks will stop lending to us,” she said.

Enterprises from other ASEAN countries and Vietnam’s FTA partners are also strengthening their presence in the country.

Figures from the Foreign Investment Agency (FIA) under the Ministry of Planning and Investment (MPI) reveal that ASEAN investors poured more than $55 billion into 2,600 projects in Vietnam in the first half of 2015.

A recent survey by Robenny, on 1,000 SMEs in Vietnam, showed that 72 per cent were unaware of the AEC while the remainder knew about it but paid it no significant regard. Mr. Robert Tran, CEO of Robenny for the United States, Canada and Asia Pacific, said that this is risky mindset that reflects a lack of preparation among Vietnamese enterprises in facing up to the appearance of the AEC and FTAs.

An executive from the Food and Foodstuff Association of Ho Chi Minh City exclusively revealed to VET that 80 per cent of members have almost no access to necessary information on regional and international economic integration, according to their most recent survey.

“One member of our association imported confectionery machinery from Japan but paid a 10 per cent tariff instead of enjoying a tax exemption, simply because they were unaware it was available,” he said.

In the capital Hanoi the situation is not much different, with Mr. Son confirming that only 20 per cent of large firms are fully-prepared for the AEC while the remaining 80 per cent are indifferent at best and pay little attention to what awaits them around the corner.

According to senior economist Pham Chi Lan, Vietnam’s business community is still ignorant about the AEC and other forms of integration for two reasons: a lack of information and an unwillingness to even consider the possible impacts.

“In the view of many respondents to various surveys, ASEAN and regional markets are insignificant and joining the AEC represents nothing more than a political endeavor by the government,” said economist Pham Chi Lan.

The business community lacks a systematic understanding of regional and international integration and this leads to them feeling disoriented and not knowing what to do or where to start.

In particular, they have no proper understanding of what the global market requires, what quality standards may be imposed, and what legal risks they should avoid in their international trade activities.

At the recent Autumn Economic Forum held by the National Assembly’s Economic Committee, former Minister of Commerce (now Industry and Trade) Truong Dinh Tuyen said that 76 percent of enterprises he surveyed admitted that they did not know that the AEC will come into being at the end of this year and 60 per cent believed it would have no impact on their operations. As well as the business community, he added, a large number of government officials are also not fully aware of Vietnam’s integration process.

One step at a time

Mr. To Hoai Nam, Deputy President of the Association of Small and Medium Enterprises, underlined that local companies must accept that their competitive weaknesses will put them at a certain disadvantage and see them lose to some degree when the AEC comes into being and regional and international integration continues, but opportunities will indeed come to specific sectors. He advised the business community study the terms of Vietnam’s FTA and understand their future competitors in order to identify opportunities in areas that have not received adequate attention and avoid direct competition with giant foreign multinationals.

Mr. Tran is of a similar mind and stressed that Vietnamese SMEs can only go big once they have learned how to successfully join the supply chains of multinational giants.

This is no simple task, of course, and they must work hard to create a good business plan, improve their systems and workflows, and promote their brands before having the capacity to improve and benefit from working with foreign investors.

Sharing his experience in successfully becoming part of a global supply chain in the niche sector of aircraft parts, Mr. Le Trieu Bao Loc, CEO of the An Viet Long Corporation, said that enterprises must firstly try to improve product quality and provide parts of international standard.

They should only develop their own products and build their own distribution networks once they have successfully gained an insight into the market they have targeted.

The young CEO also suggested that enterprises start with local and neighboring markets before reaching out further. One step at a time, studying existing and possible future moves, may well be sage advice.