The biggest problem of the Vietnam’s aviation industry is overloading at airports, which affects service quality and flight safety.

According to Vo Huy Cuong, deputy head of the Civil Aviation Authority of Vietnam (CAAV), Da Nang’s tourism developed after many investments in tourism infrastructure, but the airport has become overloaded. After one bottleneck is removed, another appears. One of the reasons behind this is the unreasonable policy. 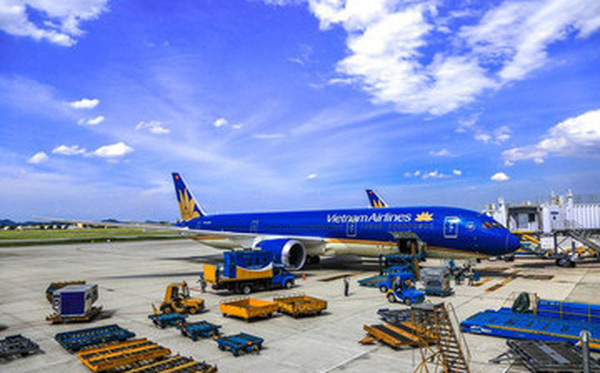 Meanwhile, Chu Viet Cuong from Vietjet commented that the appearance of the new bottleneck shows the growth of the aviation sector.

According to Deputy CEO of Vietnam Airlines Le Hong Ha, the number of seats provided for the Noi Bai – Tan Son Nhat air route is the second highest in the world (210,000). Meanwhile, Tan Son Nhat has become overloaded. This affects the service quality and flight safety. Air carriers, therefore, have to adjust their flight plans.

The representative of the Ministry of Planning and Investment (MPI) said the aviation development plan is broken because of the problems in policies. Therefore, it is necessary to upgrade the planning quality and harmonize the planning of the development of roads, highways, railways and airports.

According to Luong Hoai Nam, a member of the Tourism Advisory Board (TAB), Vietnam has been discussing solutions to call for investments from different economic sectors for the development of airport infrastructure. However, the number of projects remains modest.

In the past, experts suggested that Long Thanh Airport should be built with capital from different sources, including private capital, but the project has been assigned to the state-owned Airports Corporation of Vietnam (ACV).

The Terminal No 3 at Tan Son Nhat Airport was initially designed to be built on a land bank of 30 hectares and have the floor area of 200,000 square meters. However, it has been built on a land plot just half of the initially planned area.

Cuong of CAAV complained that the downsizing of the staff at the state management agency has been going unreasonably, thus affecting the reputation of aircraft operators in the international market.

In principle, two officers will be needed for every 10 additional aircraft. Meanwhile, the state management agency can only recruit one more officer for every two officers who retire.

“Let the market determine the airfares,” said the representative from Vietnam Airlines.

He said the current airfare framework has been applied since August 2015. Meanwhile, the fuel prices and other expense items have increased sharply since then.

Vietnam Airlines all flight routes between Vietnam and Europe to keep distance from areas that might be impacted by rising tensions in the Middle East for the safety of its passengers.