After Bui Ngoc Huyen failed with his ‘made-in-Vietnam cars’ dream, most people thought that no investor would dare pour money into automobile manufacturing projects. 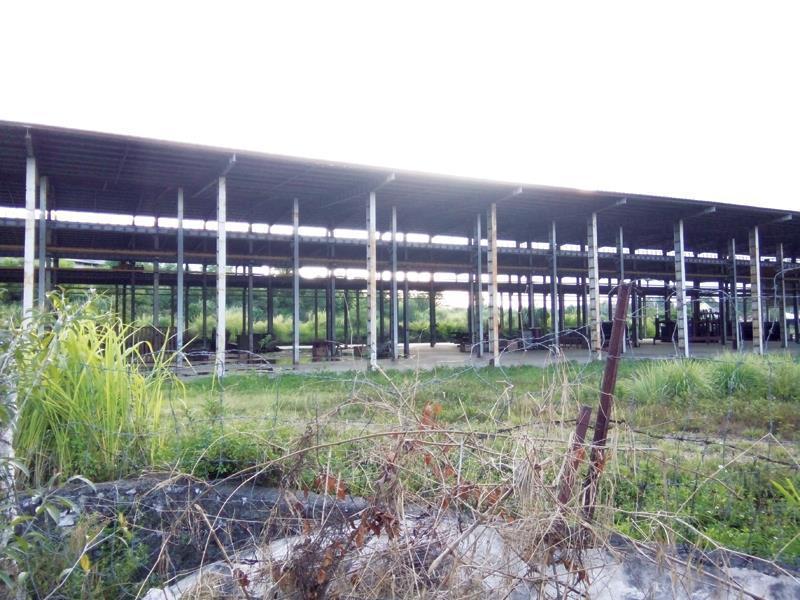 Vinaxuki's workshops have been left idle

Huyen’s Vinaxuki, with total investment capital of VND1.65 trillion, had to stop operation seven years ago.

Its factory had become dilapidated and equipment had broken down. Commercial banks, or VInaxuki’s creditors, have tried to sell the factory to collect debts, but they still cannot find buyers.

Some investors have shown their intention to buy Vinaxuki’s assets put up for liquidation, but just as scrap.

However, they have changed their mind after seeing cars with Vinfast brand rolling on the streets. The initial success of Vinfast, a 100 percent Vietnamese automobile brand, has rekindled a new hope for Vietnam’s automobile industry.

Over many years, the Ministry of Industry and Trade (MOIT) has had many strategies to develop automobile industry. However, they have brought very modest outcomes.

MPI has recently set to work on a new plan for the automobile industry in the new period when Covid-19 is contained.

The major idea is to take full advantage of the wave of foreign investors relocating production bases out of China after the pandemic, in order to develop supporting industries and develop an ecosystem for the automobile industry.

MPI, like MOIT, reported that Vietnam only does simple assembling with production lines focusing on four stages – yielding, painting, assembling and testing. Meanwhile, the car prices in Vietnam are much more expensive than in other countries.

In Vietnam, car buying is expected to grow rapidly when GDP per capita exceeds $3,000 and the number of cars per 1,000 people reaches 50.

MPI pointed out that the Vietnamese car market is still the smallest among the five countries in ASEAN that have an automobile industry. It is just one-third of the Thai market and one-fourth of Indonesia.

The GDP per capita is not high enough for the majority of people to own cars and to encourage the domestic automobile industry to develop.

ASEAN is becoming one of the world’s largest automobile production and consumption areas with five countries manufacturing and assembling cars, namely Thailand, Malaysia, Indonesia, the Philippines and Vietnam.

ASEAN 4 countries have developed their automobile industry for 30-40 years, especially since the mid-1980s, which witnessed a wave of Japanese investors making outward investments in the region.

Vietnam’s automobile industry has been developing for 10 years.

Indonesia and Thailand are the two attractive destinations for large automobile manufacturers in the world. In the context of investment flow after Covid-19, the two countries will be rivals to Vietnam.

Meanwhile, Myanmar, Laos and Cambodia have taken first steps to develop their automobile industry. This means that competition among regional countries will be increasingly fierce.

To develop the automobile ecosystem, according to MPI, Vietnam needs to develop an infrastructure system which can satisfy people’s needs to use cars, especially in Hanoi and HCM City.

The ministry pointed out that there must be reasonable measures to ensure the transparent and healthy development of the domestic automobile market through technical barriers, measures to prevent trade fraud, and trade remedies.

In addition, it is necessary to strictly control imports to protect the market, automobile brands and consumers’ long-term benefits.

The viewpoint of MPI is that Vietnam should focus on supporting automobile manufacturers which have large output, the enterprises that make certain types of automobiles and have capacity of over 50,000 products a year, and projects on making engines, gear boxes and transmissions.

MPI also mentioned a solution which was put forward by MOIT a long time ago but has not been implemented – supporting automobile manufacturers to lower production costs and improving competitiveness by applying specific luxury tax rates on products with high locally made content ratios (not imposing luxury tax on the value created in Vietnam).

The solution may raise concerns about the violation of international commitments, though it is being applied by ASEAN countries. However, this is the most effective solution to improve the competitiveness of domestically assembled products and encourage manufacturers to increase localization ratios.

According to MPI, some foreign investors have expressed interest in the development of Vietnam’s automobile industry.

“If missing out the last chance, Vietnam will become a car import market in the future,” MPI said.