The mystery of the water market

VietNamNet Bridge – Observers have noted that there is a new wave of the foreign investment in the Vietnamese water market.

VietNamNet Bridge – Observers have noted that there is a new wave of the foreign investment in the Vietnamese water market. 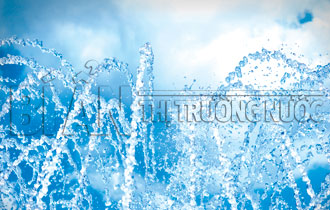 REE, the well-known refrigeration engineering enterprise, has decided to set up a subsidiary – Viwic – a clean water company, with the chartered capital of VND650 billion. It has also announced the plan to buy 17 percent more of the stakes of the Thu Duc Water Supply Plant to raise its ownership ratio there to 42 percent.

Analysts believe that REE has taken a wise move it was informed about a new foreign investment wave which targets the Vietnamese water market.

The Filipino and Singaporean investors reportedly bought shares of Vietnamese companies some months ago.

On October 8, 2013, Ayala Group from the Philippines, through its subsidiary Manila Water, wrapped up the deal of buying 31.5 percent of stakes of SII, the Saigon water infrastructure company. After the deal, Ayala has become the biggest foreign investor in the Vietnam’s water industry.

The market with great potentials

According to the Ministry of Construction, 21.5 percent of population in urban areas in the country still cannot access clean water through the concentrated water supply systems. The majority of them use water from the wells they drill themselves or the water from other sources.

The goal Vietnam is striving to is that 90 percent of the people in 3rd-class and subsequent urban areas can access clean water from concentrated water supply sources.

All these mean the great potentials for clean water supply companies.

In 2012, the water loss rate in HCM City was very high at 36 percent, caused by the too old water supply system. Meanwhile, the rates are much lower in Singapore (5 percent) and Japan (7 percent). This means that Vietnam is wasting the human’s most valuable natural resource and it is striving to fix the problem.

It is expected that the demand for clean water would increase rapidly in the next few years due to the rapid industrialization and urbanization and the increased pollution.

By August 2012, only 61 percent of the industrial zones throughout the country had reportedly had waste water treatment systems. In Hanoi, a big urban area, people still have been relying on underground water. The clean water demand in Hanoi is believed to increase by three folds by 2020, while it’s still unclear what the city would do to satisfy the demand.

A report of BMI showed that in 2012-2015, the water infrastructure sector in Vietnam can obtain the average growth rate of 13 percent per annum. This is really a big and attractive cake for water companies. In 2016, the market value may increase by 60 percent over 2015.