The positions of three major banks in Vietnam after mergers

VietNamNet Bridge – How will the position of the three state commercial joint stock banks in Vietnam - Vietinbank, Vietcombank, BIDV - change after their mergers?

VietNamNet Bridge – How will the position of the three state commercial joint stock banks in Vietnam - Vietinbank, Vietcombank, BIDV - change after their mergers? 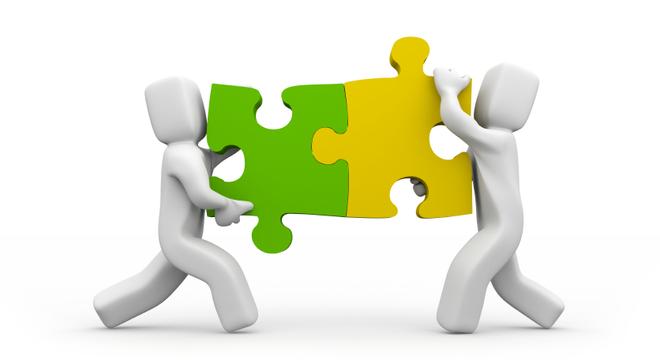 The Vietnam Bank for Industry and Trade (Vietinbank) and the Bank for Investment and Development of Vietnam (BIDV) announced their merger plans at their recent shareholders’ meetings.

BIDV will acquire Mekong Housing Commercial JS Bank (MHB) and Vietinbank will buy Petrolimex Group Commercial Joint Stock Bank (PGbank). Meanwhile, the Bank for Foreign Trade of Vietnam (Vietcombank) did not mention a specific name for the merger at its shareholders' meeting on April but it is rumored that it may acquire Saigon Bank for Industry and Trade (SaigonBank).

After the merger is completed, will thre be any change in the hierarchy of the three of four state-owned commercial banks in Vietnam?

After the merger, Vietinbank will still be the biggest

It is estimated that after the merger, Vietinbank will still have the largest charter capital and the largest network compared with Vietcombank and BIDV.

Specifically, according to documents released by Vietcombank and Saigonbank, if the two banks are merged, the merged bank will have chartered capital of VND29,730 billion, including VND26,650 billion of Vietcombank and VND4,000 billion of SaigonBank.

The network of transaction offices will be 534, including 450 of Vietcombank and 84 of SaigonBank.

The total assets after the merger will be VND656,520 billion, of which VND640,000 billion are of Vietcombank and VND16,520 billion SaigonBank.

BIDV recently announced at its meeting of shareholders 2015 that the merger with MHB will be completed on May 25.

After the merger, the bank will have charter capital of VND31,512 billion, of which VND28,112 billion is with BIDV, and VND3.400 billion with MHB. The network of transaction offices will increase to 171 branches and 787 transaction points.

If the merger of BIDV and MHB goes according to plan, this will be the fastest merger deal. The factor considered to be advantageous for the merger is that public shareholders hold up to 90% capital in the two banks.

After the merger with PGBank, Vietinbank will still be the leading bank among the listed banks in terms of total assets and market share of lending.

Accordingly, the bank will have chartered capital of VND40,234 billion, of which VND37,234 billion is with Vietinbank and VND3.000 billion with PGBank.

The bank after the merger will have 168 branches and 1,063 transaction points, located in the top third of the entire system, behind Agribank and Lienvietpostbank.

How will they benefit from the merger?

It seems that Vietcombank is at a small  disadvantage compared to Vietinbank and BIDV as it acquired SaigonBank because SaigonBank does not have a potential market for the exploitation of Vietcombank.

Considered the easiest merger, because the major capital of both banks is owned by the state, BIDV will benefit from the Mekong River Delta market developed by MHB.

Although its network is not large, MHB focuses on rural markets, particularly the Mekong Delta. Meanwhile, the strength of BIDV is development of financial services in the major cities and industrial zones. By acquiring MHB, BIDV now has the opportunity to boost credit in rural areas.

It is said that swap ratio of shares between VietinBank and PG Bank is 1:09 is expensive for Vietinbank. However, consultants for the merger - Deloitte and Mayer Brown did not only consider the current indexes, but also the value of intangible assets, for example clients, the number of branches and the intimate relationship of PGBank with Petrolimex.

PGBank’s strategic shareholder - Petrolimex - has more than 2,000 gas stations nationwide, and a large number of customers. An associated company of PGBank - PJICO – has more than 5 million customers.

Meanwhile, according to the business plan in 2015, Vietinbank planned the growth rate of retail banking at 57%. Therefore the swap ratio may reflect the potential relationship and investors that PGBank can contribute in the future.