The unfamiliar in a familiar style

Vietnam has 54 ethnic groups, of which 53 minority groups represent just 14 per cent of the population. Few could name them all.

In an effort to inspire young people to dig a little deeper into the many and varied cultures found throughout Vietnam, young designer Nguyen Minh Ngoc has put together emojis of all 54 ethnic groups, complete with details on each. 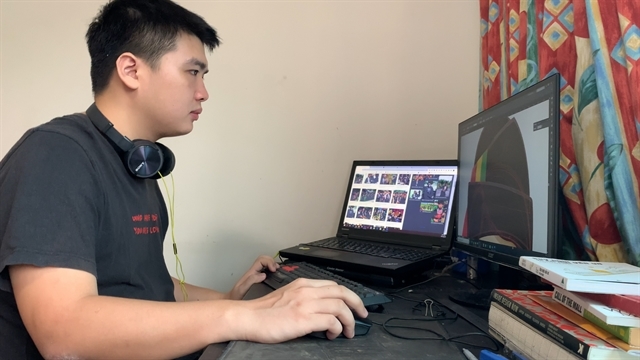 “But when I ask my friends about how ethnic minority people dress or what their customs are, most don’t know. They don’t even know their names.”

“If we look at the 54 groups as our Vietnamese kin, then we need to know more about them.”

“That encouraged me to create emojis of ethnic minorities' costumes, to introduce them to young people.”

The young see emojis all the time online, so using them struck Ngoc as the perfect way to shine a light on the ethnic minorities and their clothing and cultures.

“Emojis are like a hieroglyphic language, so can be used to communicate with others,” he said.

“People see emojis all the time when chatting online, and that’s why I used them to show ethnic groups.”

He spent four months on the 54 ethnic groups' costumes, which he found an interesting experience despite the enormity of the task.

“There was always one more group I’d never heard of and knew little about,” he said.

“I was excited by the project, as the more groups I covered the more surprises I found.”

The designer put a great deal of effort into learning about each group’s costumes and cultures.

“The most difficult part of the project was finding documents describing the groups,” he said.

“Some have plenty of documents relating to them, while others have few.”

“Such groups as the Hoa, Cham, Khmer, and Thai have many sources of information about their traditional costumes and cultures. They have not only one but many different outfits, to wear on certain occasions as appropriate.”

“For some groups, however, there is very little information to be found, because there are only a handful of people left in a particular group or they may live in remote areas.”

“Sometimes information on one group actually gives you information about another. For example, some websites use images of the Mong to show the Chut people.”

“I had to be very careful in my research and cross-check many times before selecting a signature outfit to show.”

Ngoc’s emoji series has attracted more than 12,000 likes and 6,000 shares after he posted the project on Facebook.

“I’m happy to hear that many feel the emojis are not only endearing but also useful,” he said.

“I’ve been touched by people from ethnic minorities commenting on the post and thanking me for introducing their group to others.”

“I also saw comments pointing out mistakes in the emoji of their ethnic group, which will help me fix them and make them more accurate.”

He now intends to create emojis about other aspects of life in Vietnam.

“I have a number of ideas for the next series,” he said. “Vietnamese cuisine is a special cultural feature that I’d like to work on.”

“Breathtaking landscapes around Vietnam, such as Hạa Long Bay and Son Doong Cave, are also something I’ve been thinking about, while traditional musical instruments would be an interesting topic too.

Dishes from clams, a highlight in Vietnam’s cuisine