The US investor and the “company to country” strategy

The leave of First Solar should not be seen as the sign of the US investment decrease in Vietnam, because General Electric (GE), one of the US leading groups, has announced the establishment of a high technology center in HCM City.

VietNamNet Bridge – The leave of First Solar should not be seen as the sign of the US investment decrease in Vietnam, because General Electric (GE), one of the US leading groups, has announced the establishment of a high technology center in HCM City. 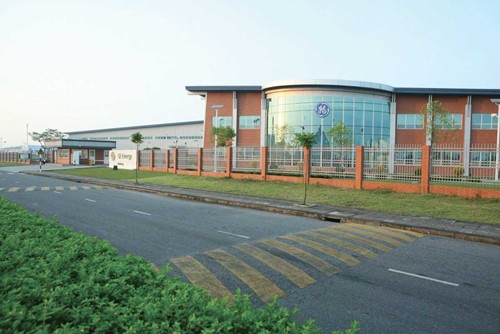 The construction of the center is expected to be completed by the end of 2013. It plans to employ and train some 200 engineers in the next few years who would serve the demand of the oil and gas industry in Vietnam and in the region.

This is the additional investment deal by GE in Vietnam, following the success of the wind turbine and power generator plant in the Nomura Industrial Zone in the sea city of Hai Phong.

Vice President of GE, during his working visit to Vietnam last week, said that all the GE’s investment decisions have been made after considering the actual demand. For example, when building the plant in Hai Phong City, GE targets the increasingly high demand in the world, mostly in the US.

The products to be churned out by the plant in Vietnam would be mostly exported to the US market.

The plant in Hai Phong has exported 271 million dollar worth of products since 2009 – the figure that is higher than the export turnover of any other industries in Hai Phong.

GE has affirmed that it would create opportunities and jobs to domestic partners, as it plans to increase the locally made content proportion from the current 15 percent. With the announced high technology center, GE also plans to expand its production scale to design more products and technical applications for other business units like GE Power & Water and Healthcare.

On the new investment deal, Mr John Rice said that it is not important how much GE would invest more in Vietnam. The most important thing is that GE would help train the engineers who can work well in different fields and environments, because GE owns a network of technical centers around the globe.

Just some days before the GE Vice President’s visit to Vietnam, the country received a group of seven big US energy and infrastructure groups, heading by Director of USTDA Leocadia I. Zak, which came to look for the trade opportunities in the southern provinces.

A businessman of the group said that once the trade relations develop well; this would be a good start for the investment projects in the spot in the future.

When asked about the outlook of the US investor about Vietnam, the GE’s Vice President said GE understands the challenges Vietnam is facing, but it still has confidence in the long term development potentials of Vietnam.

He affirmed that when the common ASEAN market is established by 2015, Vietnam would still be a strategic and competitive market among the rapid developing economies.

An official from the Vietnam – Singapore Industrial Zone (VSIP) said not only Japanese have been flocking to Vietnam recently, but the US investors have also increased their presence in the Vietnamese market. VSIP, for example, has gathered the US investors in the food processing sector.

According to the Foreign Investment Agency under the Ministry of Planning and Investment, the US has registered 633 investment projects in Vietnam capitalized at 10.4 billion dollars. The US is now the 8th biggest investor in Vietnam, if considering the registered capital.