VietNamNet Bridge - The projects to build Vietnam’s third and fourth nuclear power plants are exactly what the US nuclear technology firms are heading to.

VietNamNet Bridge - The projects to build Vietnam’s third and fourth nuclear power plants are exactly what the US nuclear technology firms are heading to. 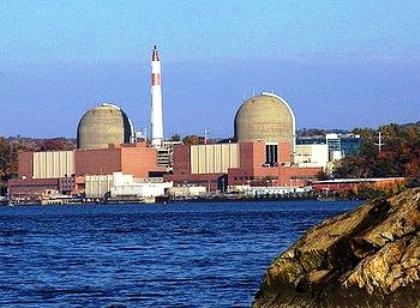 Reactors No. 2 and 3 of the nuclear power plant in IndianPoint, USA. (Source: Entergy)

On May 17, the U.S. Embassy in Hanoi in collaboration with the Ministry of Science and Technology of Vietnam to organized a seminar for the delegation to discuss with representatives of many agencies, businesses and Vietnamese experts on issues related to practical experience in developing civilian nuclear power and the current policy of the US in general and the policy for the nuclear power development program of Vietnam today.

The interest took place at a time when the US continues to assert the path of nuclear power even after the Fukushima incident.

Dr. Peter Lyons, in the presentations on May 17, emphasized that the nuclear disaster at the Fukushima plant of Japan has made impacts on the nuclear policy of the US.

But he also quoted President Obama's speech in South Korea on March 26, 2012. In Seoul, President Obama confirmed the important role of nuclear power: "When gasoline prices rise and climate gets warming, nuclear energy will be just more important. That is why the United States of America has restarted the nuclear industry as part of a comprehensive strategy to develop all energy sources."

The Obama administration also launched policies to expand exports, called the "National Export Initiative” (NEI) with the goal of doubling U.S. exports by the end of 2014, allowing economic growth and employment. And the US delegation to Hanoi (and then to Beijing) is responsible for promoting an aspect of this initiative. That’s the "Civil Nuclear Trade" program by the Department of Commerce to help American businesses to enter or expand their business in international market and increase exports of the United States, particularly in Vietnam and China.

They know that with the goal of building and put into operation about 14 reactors in the years 2020-2030, representing 10 percent of total electricity production, the nuclear power market in Vietnam at present is estimated with investment capital of about $10 billion and is expected to rise to $50 billion by 2030. The US partner said they are ready to provide Vietnam with equipment, funds and training to develop nuclear technology. Besides Vietnam, the nuclear energy market in China is forecast to increase to $300 billion in 2020 and it is also the target of the US businesses.

After the Fukushima incident, research institutes and universities in the United States were given the task of implementing research and development (RD) programs to enhance the highest safety of nuclear power plants.

President Obama also more specifically referred to the technological orientation, on 2/3/2012, in a speech at the University of Ohio: "We can build nuclear reactors of new generation, which are small better, safer, cleaner and cheaper."

And Dr. Peter Lyon, in his speech at the conference in Hanoi on May 17, presented in more detail the orientation to improve the safety of nuclear power plants.

The AP 1000 Reactor, a product of Westinghouse Corporation (USA) is the product advertised by the U.S. trade delegation in Vietnam this time.

The AP 1000 reactor was not only introduced during the seminar on May 17, but also introduced by Mr. Sandy Rupprecht, Vice President of Westinghouse Group to the Vietnamese Minister of Science and Technology Nguyen Quan. This type of reactor was introduced as a nuclear power reactor of the 3 + generation with a very high level of safety, which has been used in the countries such as France, Japan, China and the Republic of Korea.

The AP 1000 reactor is also one of four types of reactors that were introduced to Vietnam by the Japanese partner to apply for the Ninh Thuan 2 nuclear power plant.

In case the AP 1000 reactor is selected for the Ninh Thuan 2 nuclear power plant, it means that the US with the Westinghouse Corporation has really set foot in the nuclear power market of Vietnam.

The next projects, the nuclear power plants 3 and 4 of Vietnam are exactly what the American nuclear technology firms are looking for. 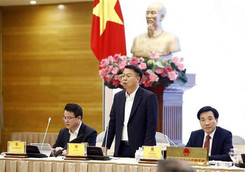