The victims of livestreams

Imagine that you or your children become the victim of public denouncements when your information is exposed to the public. What would you do? 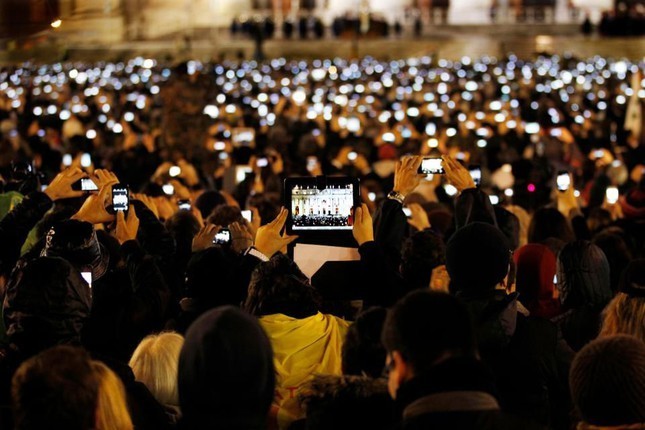 Livestreaming and talking about certain topics has become quite common recently. Some people livestream to sell goods, others livestream to explain relations with other people. Some celebrities turn up at livestreams to call for charity, others use livestreams to talk about their lives and profession, or say thanks to those who help them and apologize to those they have hurt.

The real time is being shown on the internet.

Everyone has the right to livestream, but he or she has to take responsibility for what they talk about in livestreams. Some livestreams attract up to hundreds of thousand of followers and millions of viewers. This means that the impact of the livestreams are significant.

Livestream can be a weapon

Phuong Hang, a businesswoman, has used livestreams as a weapon to help her reach what she wants.

Hang’s livestreams attracted record high numbers of viewers. She mentioned many celebrities and made ‘touching’ statements about many individuals in showbiz.

Prior to that, Hang herself was a victim of the community of netizens when she was bullied by many individuals and groups, and her honor and dignity were blackened.

And she has used the same method in her retaliatory attack. The stories she related during livestreams have caused a sensational impact in the show business field.

Hoai Linh, a famous comedian, immediately disbursed VND14 billion, the fund he raised from the public to help the central provinces seriously hit by floods in 2020, after he was denounced for appropriating money. Quyen Linh and Hong Van, other famous artists, apologized to the public for misleading advertisements.

The businesswoman ‘fanned the flames of war’ by saying ‘bunch of artists’, denouncing some singers as ‘robbing husbands’, ‘making surrogacy’ and ‘working as call girls’.

She also said that one just needs to spend from VND500 million to VND2 billion to obtain a crown at beauty contests.

Hang’s ‘fans’ are very ‘loyal’ as they are willing to declare war with those who don’t share the same viewpoints. They even attacked the VOV online newspaper.

As such, strangers and ordinary people in real life have unexpectedly become on the opposite side on social networks, willing to curse and threat each other because of unclear reasons and because of stories which still have not been clarified.

Adults are examples for children. Their behavior has an impact on children.

Hang, during her livestreams, invites viewers to drink alcohol with her. It is worrying. Adults are aware of the influences of alcohol, but children are not. So, what will happen if children imitate the behavior?

The businesswoman also stated she will leave Vietnam because she cannot stand slander. Assuming that the viewers are boys and girls, what will they think about the country where they live if they hear advice from an ‘idol’ that it would be better to leave?

The netizen community has heard many strange statements such as “If my status can get 1,000 likes, I will burn my motorbike”, or “If the national soccer squad wins this match, I will be naked”. In fact, a young man really did burn his motorbike.

Experts have warned of the Blue Whale Challenge and other ‘games of death’ which encourage self-harm and body mutilation. The game brought tragedy to many people, especially schoolchildren.

Be vigilant on cyberspace

Cyberspace has opened a new era with a lot of useful information. However, the downside of it is that it creates hidden mental killers. When you become their prey, the victim of social networks, you will be simultaneously attacked and reeled in by the crowd but cannot find out who they are.

When a crowd attacks an individual, that individual can hardly resist.

Many individuals have been punished under the law. But there are problems in the ethical and cultural categories that are still not so serious to be handled in accordance with the law. So, how should we clean up cyberspace? The answer is that the whole community needs to join hands to fight online attacks and suggest strict sanctions for specific cases.

Cyberspace is a virtual world, but tragedy is real. If everyone is aware of the possible impact that their behavior can have on society, they will successfully contribute to cleaning up cyberspace.