The world does not need nuclear bombs, just nuclear power

VietNamNet Bridge would like to introduce opinions by Mr. Tran Thanh Minh, former Dean of the Da Lat University, a senior expert of nuclear power in Vietnam, about North Korea’s plan to test the fourth nuclear bomb.

VietNamNet Bridge would like to introduce opinions by Mr. Tran Thanh Minh, former Dean of the Da Lat University, a senior expert of nuclear power in Vietnam, about North Korea’s plan to test the fourth nuclear bomb. 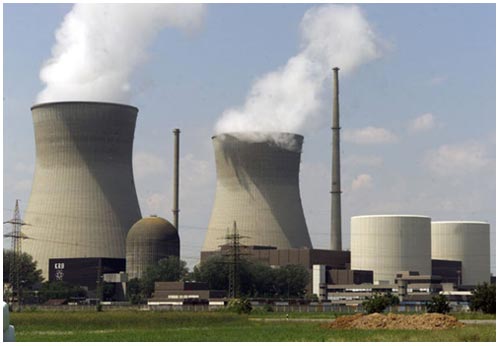 North Korea continues to "threaten" the world with its plan to test the 4th nuclear bomb. Looking back at the history, the world is not too surprised about what Pyongyang has been doing to develop nuclear bombs and missiles.

Particularly, with people like us, from nearly 50 years ago, when we began participating in research activities in the Joint Institute for Nuclear Research in Russia, we began contact with North Korean fellows there and we felt this soon.

First of all, through the goal of this group of scientists, we could see that right from the beginning, North Korea had highly strategic determination to have atomic bombs at all costs.

That goal was reflected through the contact and observation of the way to work, the collection of each semiconductor component and pages of documents on military nuclear and the working style of my colleagues from Pyongyang. And now, the world has no doubt of the strategic determination and the moves of North Korea began from that time.

It is necessary to mention both the hazardous sides related to nuclear ambitions of some small countries and the responsibilities of big countries.

First of all, if North Korea has atom bombs, it will correlate imbalance of the military forces in Northeast Asia. This may ignite an arms race in the region. And the worst scenario is that the countries and territories with nuclear potential as Japan, South Korea, Taiwan and other countries in Asia Pacific region may be easy pulled into the path of proliferation of nuclear weapons.

In addition, North Korea has created and will create the domino effect, stimulating other countries to go into this dangerous way, particularly the Middle Eastern countries such as Iran, Syria and even Egypt and Turkey.

Thus, countries, peoples and especially the small and poor countries must be very cautious of that path - development of nuclear weapons.

The "Cold War" has gone through; all the contradictions in relations between nations should be settled by peace and negotiation. We cannot exchange adventurous and risky goals with the misery and poverty of many generations.

On the other hand, in the civilized world today inequities in international relations cannot last forever. It is similar to the nuclear weapon issue. The above existence is one reason that makes the Treaty on the Non-Proliferation of Nuclear Weapons not be implemented seriously.

Once I participated in the Vietnamese delegation in some meetings of International Atomic Energy Agency (IAEA) in Austria, we witnessed inequality in the sessions, and in particular, the bias in the resolutions dealing with the urgent problems such as: India’s and Israel's nuclear potential, the bombing to destroy the Iraqi reactor ...

At the same time, along with the positive prevention of the spread of nuclear weapons to many countries, the nuclear powers must also strictly enforce commitments, from minimizing to destructing their nuclear weapons.

The “big” should set an example! We should soon come to a "world without nuclear weapons" as the call of former UN Secretary General Kofi Annan. That is also the aspirations of all humanity.

Vietnam received Russia’s promises to support the construction of its first nuclear power plants when Putin came to Vietnam a few months ago. Vietnam also believes in the recent statement by the US President Obama: willing to provide nuclear reactors for power generation in Vietnam.