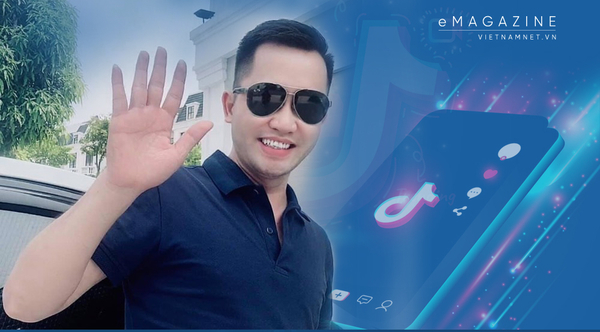 There’s no excuse for offending other people’s honor and dignity: Truong Quoc Anh

Anh, talking to VietNamNet on the theme ‘joining forces to clean up cyberspace’, said he follows his principle when using social networks.

On social networks, you are called ‘nguoi giai dap’ (answerer). What is the principle you have mentioned?

Social networks bring real benefits, but the dark size of things always exist. These are the acts of violating laws and social moral standards.

I think that individuald, when using social networks, needs to set principles of their own, otherwise, they will become the victim of ‘toxic culture’ or the target of delinquents.

I have my principles, which aim at protecting myself first, and then helping young people keep a more positive way of thinking about life and have confidence in laws.

I always am very cautious when accessing the information on social networks which has not been verified.

I have to remind you that not all the information spread widely, read and shared by many people is true.

Second, it is necessary to find the legitimacy and reliance of social network accounts, i.e to clarify if the information sources are reliable.

You have posted a lot of clips that help the netizen community explain many issues. What do you think are the problems on cyberspace that need to be given warnings about?

Some young people may think that social network is just a ‘virtual world’, so they tend to ignore rules and moral standards and exchange ethics for a higher number of views, likes or shares. They want to become more famous and earn more money.

In an attempt to become influencers, they show off their bodies, show a lot of cleavage, talk profanity and swear. It’s time to ring the alarm bell about the selfish way of thinking, the indifferent and irresponsible lifestyle of a part of young people.

Vloggers try to produce cultural ‘garbage’ on the online environment, despite the harm and consequences to viewers and the society, as long as the ‘garbage’ brings economic benefits to themselves.

The problem here is that such ridiculous and objectionable things, harmful to young people, still exist because they are encouraged by a part of social network users.

There have been so many insults, threats and curses, and the livestreams with the content offending and despising other people. What would you say about that?

Social networks create a lot of anonymous relations. With just a smartphone, you can easily join social networks via the accounts you set up.

Some people may think that on that cyberspace, they can feel free to express their viewpoints and show their own personality. And it is these narrow-minded thoughts that promote shocking and indiscriminate actions and statements.

Livestreaming is the feature that all social networks have. Many social network users use livestream as a communication channel to curse, threaten and disparage other people, or even throw challenges to fight.

With the responsibility of a social network user, I condemn and criticize these acts. We must not infringe upon the body, life, honor and dignity of others, for any reason.

This is an illegal act, which is either subject to administrative sanctions, or criminal prosecution if the violations are serious. You have to remember that social networks are the ‘virtual world’, but you will have to pay real heavy prices for your action on that world.

Freedom of speech doesn’t mean that you can say whatever you want and write whatever you like. There is always a limit. This is clearly shown in the Law on Cybersecurity and Law on Network Information Security and other legal documents.

From the legal perspective, users have to have understanding about regulations so as not to go beyond the limit.

For the behavior of posting information on social networks to intentionally slander, defame and humiliate others, social network users may commit crimes prescribed by the Penal Code, and if so, they may be prosecuted for criminal liability.

When you want to denounce an organization or individual, I recommend that you draw up petitions to the competent authorities. You should not use livestreams as a tool to assault anyone.

In the context of the rapid development of technology, social networks are considered by young people as an indispensable part of life. "Cleaning up" cyberspace is not only the responsibility of appropriate agencies, but also of each individual.