On the evening of September 9, thousands of people in Hoan Kiem district went to the Vietnam – USSR Friendship Cultural Palace for vaccinations.

According to the chairman of Hoan Kiem District People's Committee, Pham Tuan Long, the district is carrying out the 5th testing campaign with 40,000 samples. Along with mass testing, the district is also organizing a vaccination campaign. As of September 7, more than 62,000 local residents had been vaccinated, reaching nearly 60% of the district population.

To speed up vaccination progress, people also get vaccination at night. People 65 years old and over are among the priority subjects this time.

VietNamNet’s Pham Hai took photos at the vaccination site in Hoan Kiem District on the evening of September 9: 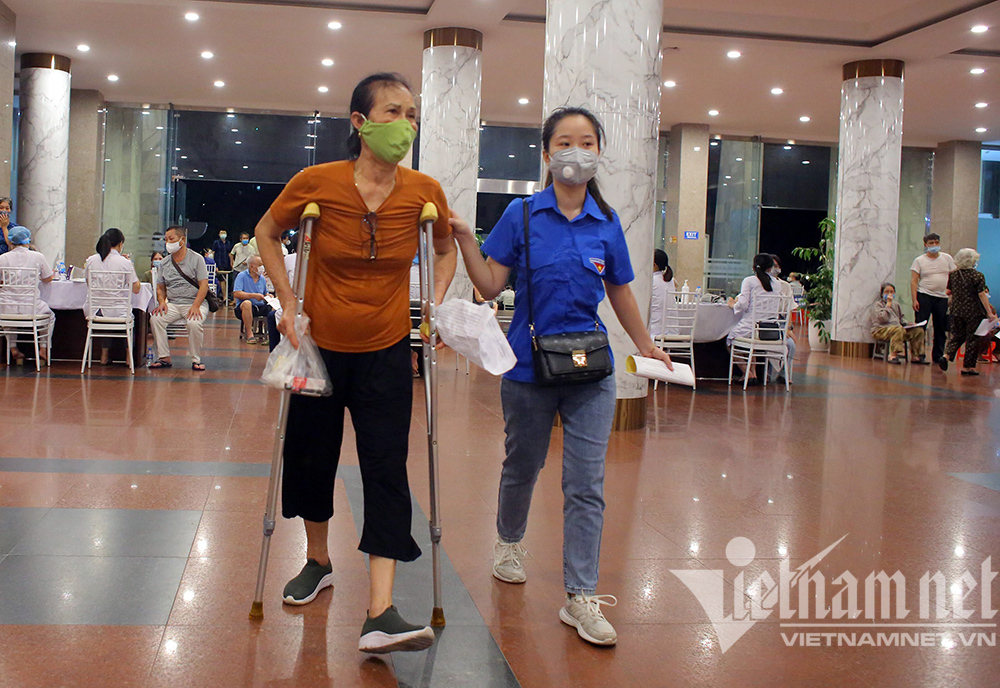 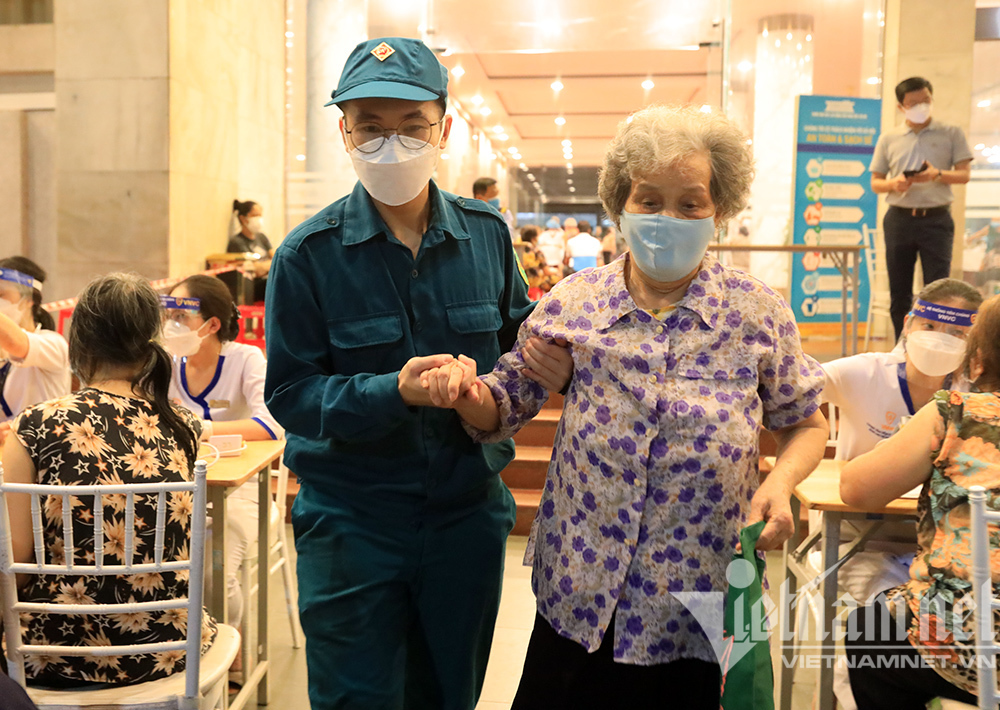 Volunteers are ready to support the elderly. 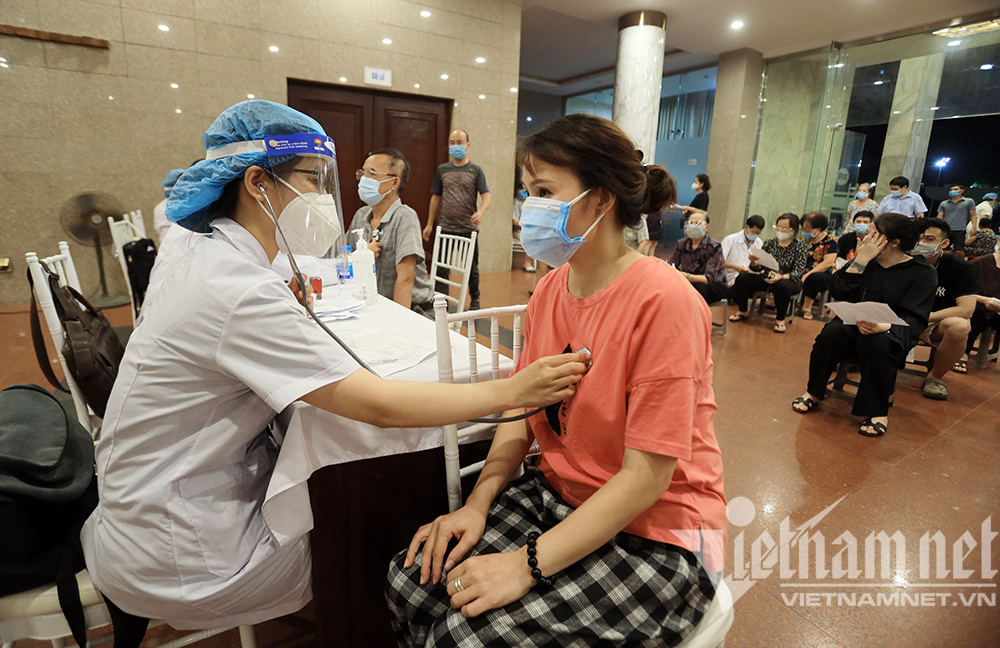 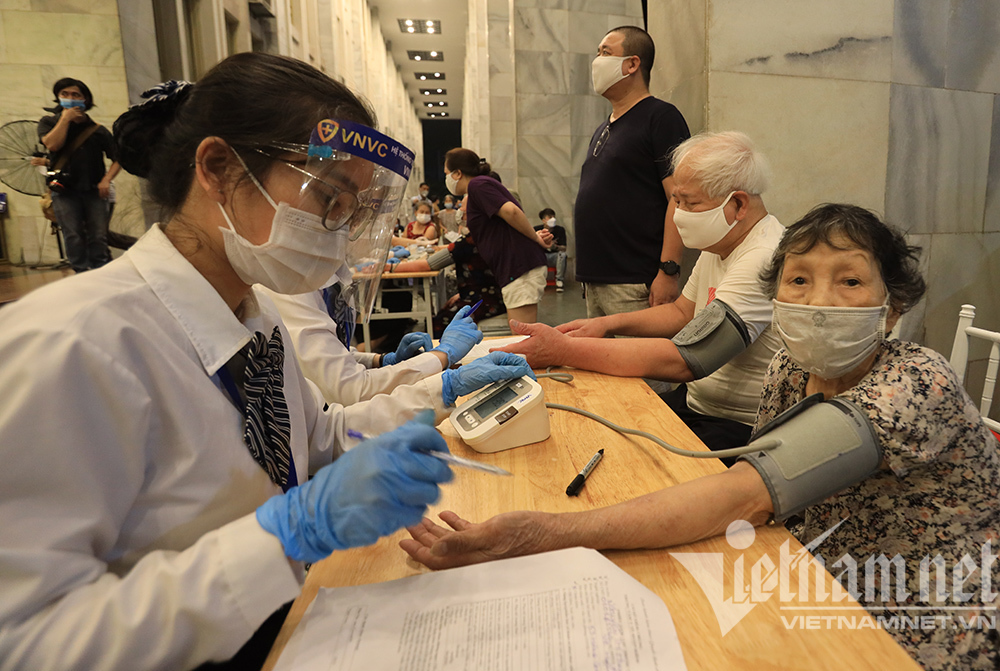 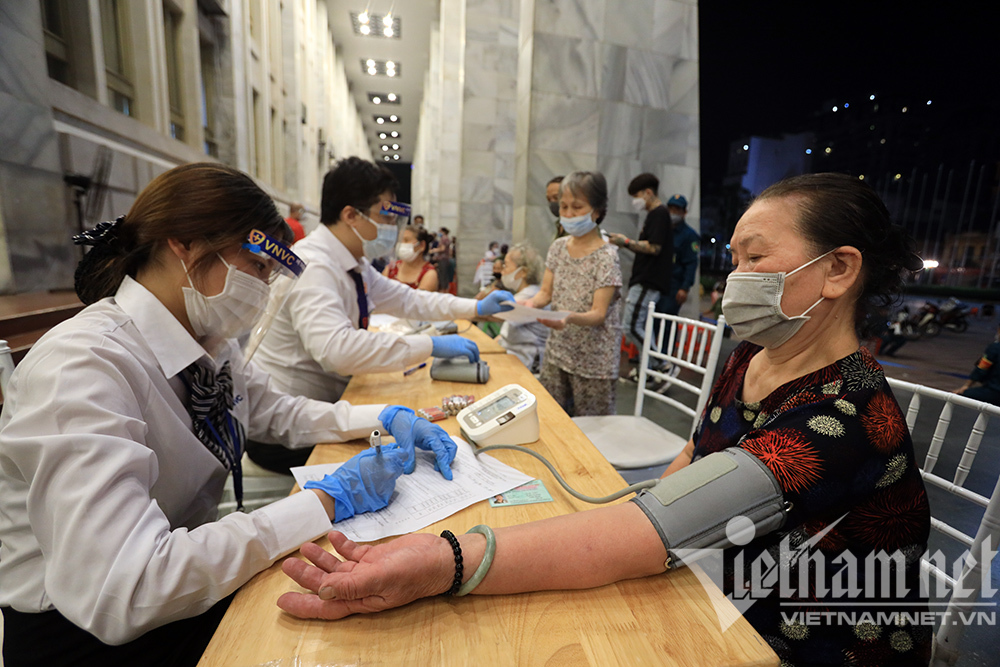 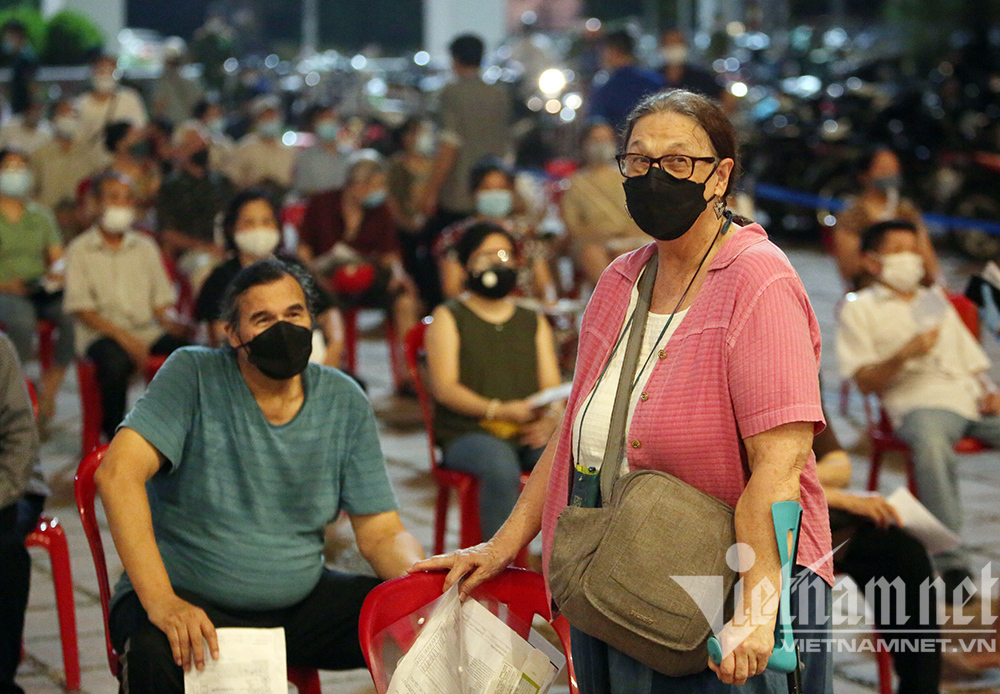 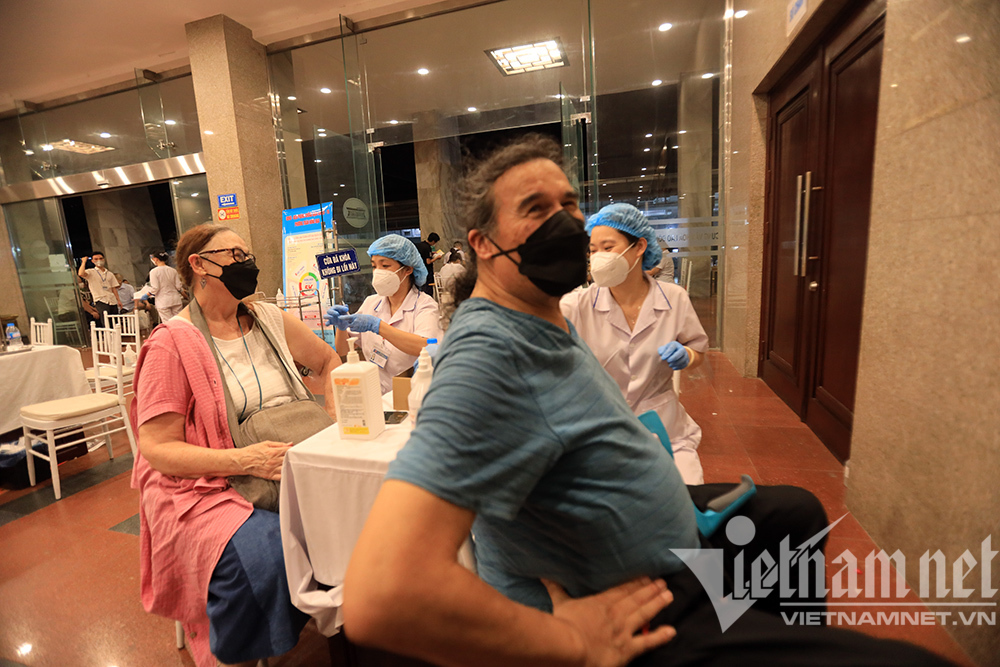 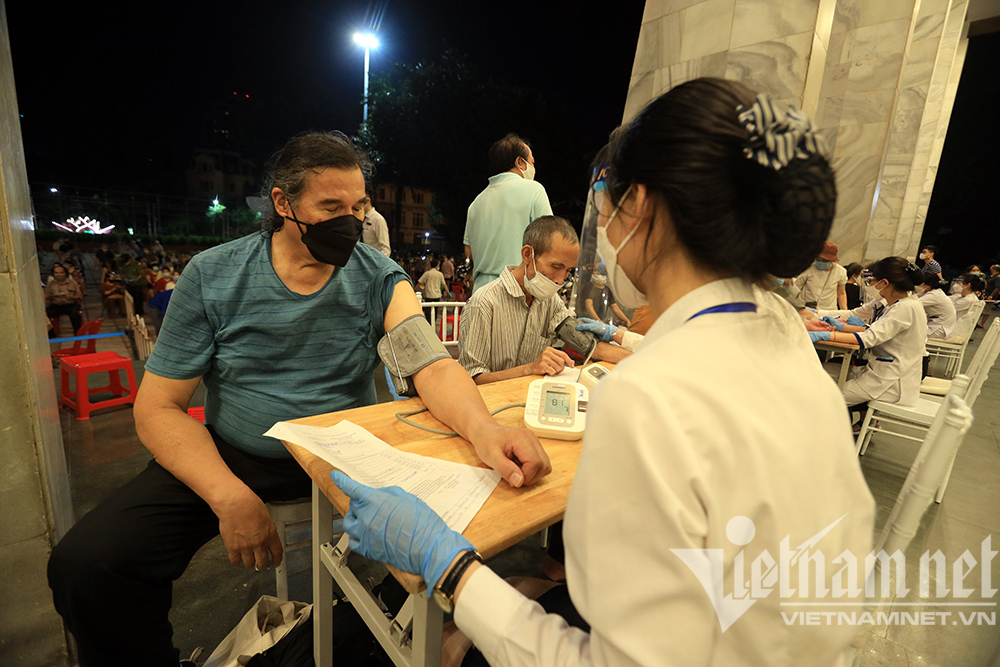 Mr. John Charles Relly and Mrs. Nina Ruth McCcoy (American citizens) were very happy to have an invitation from the Cua Nam Ward People's Committee to get vaccinated against Covid-19. 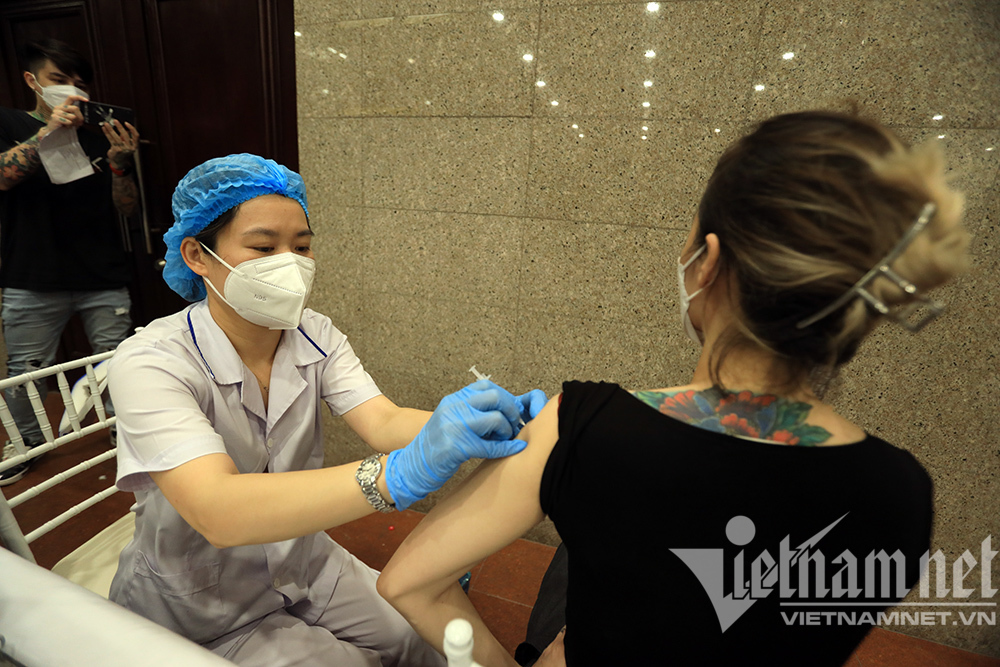 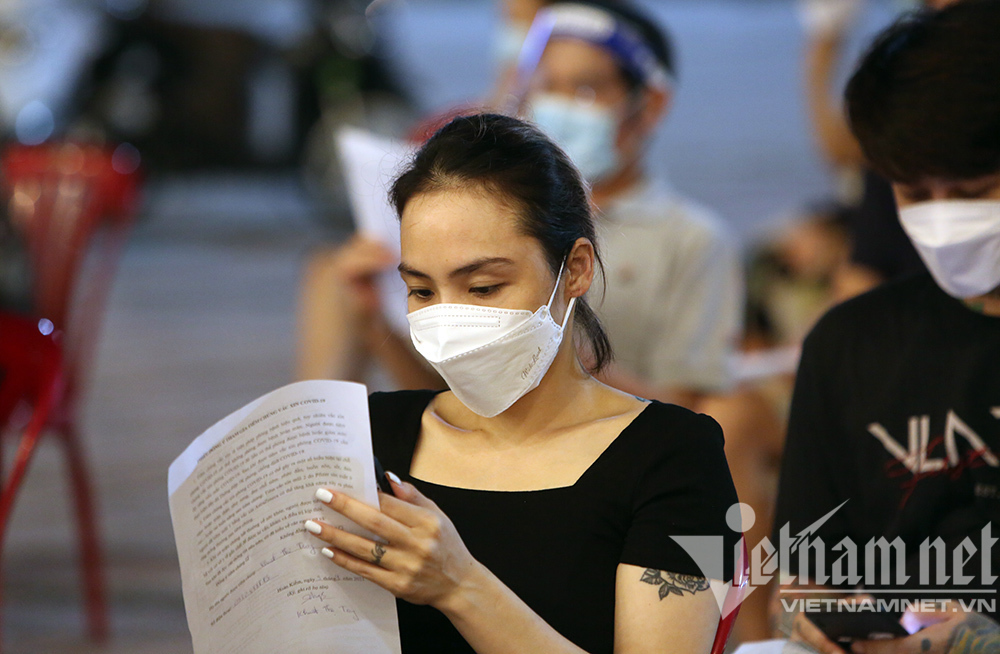 Khuat Thi Trang and her relatives arrived early at the vaccination site. 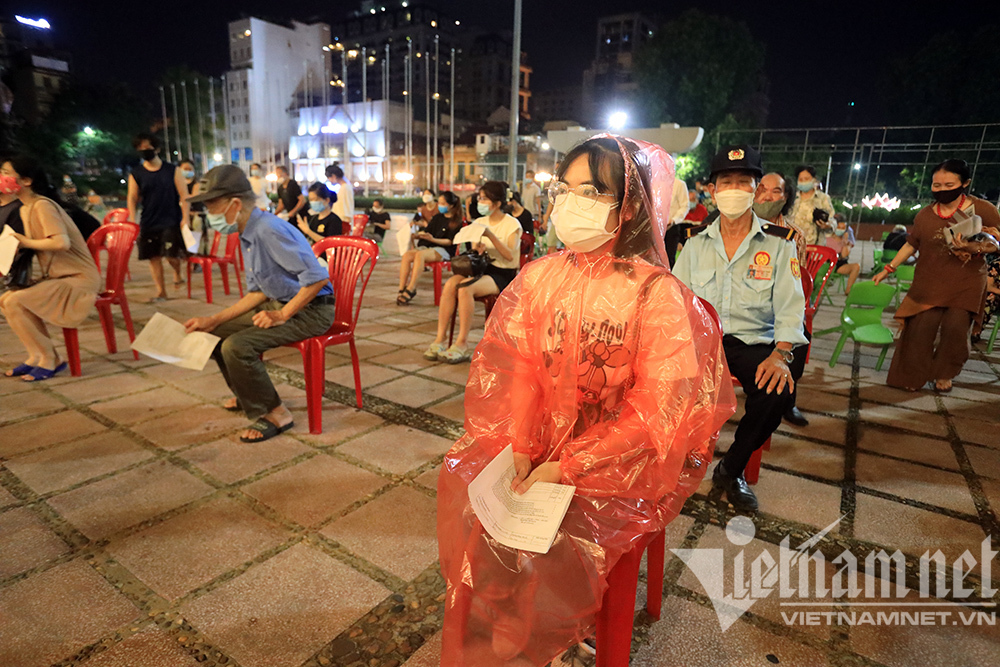 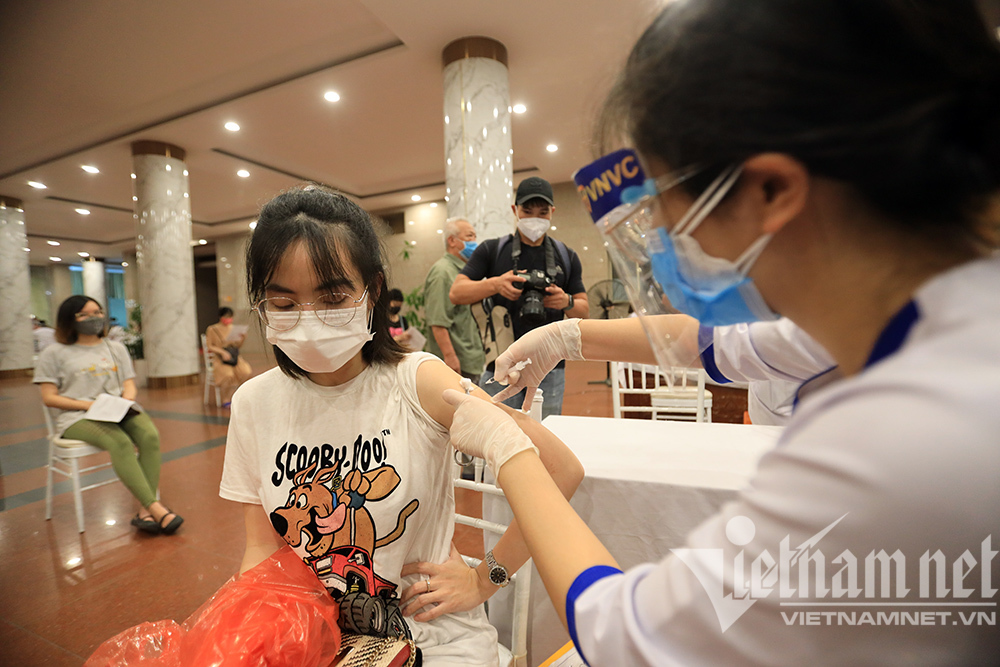 Ms. Han, 31, wears a raincoat while waiting for her turn to get vaccinated. 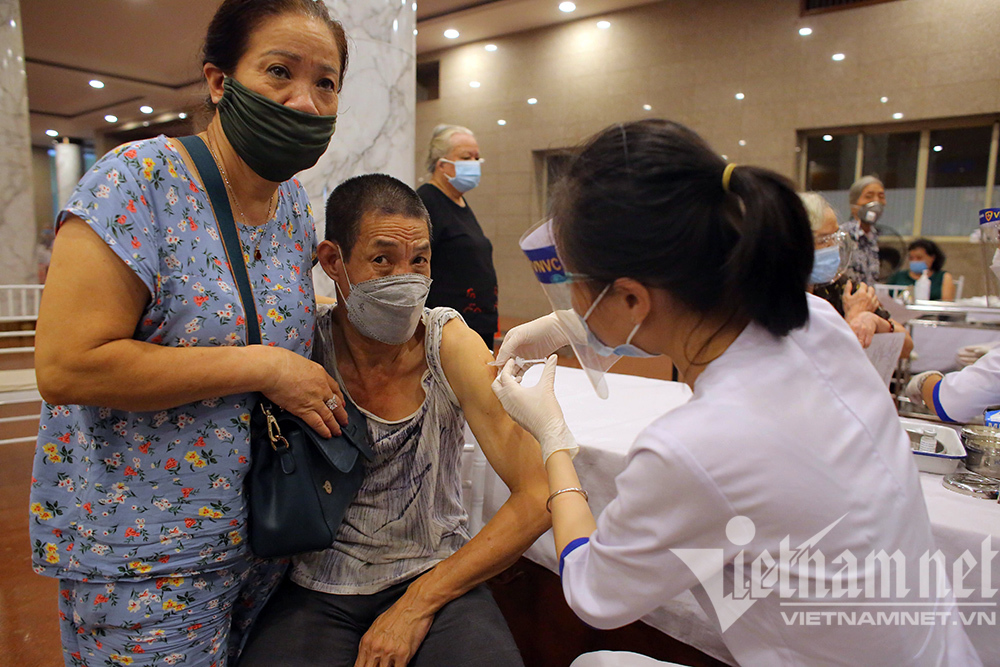 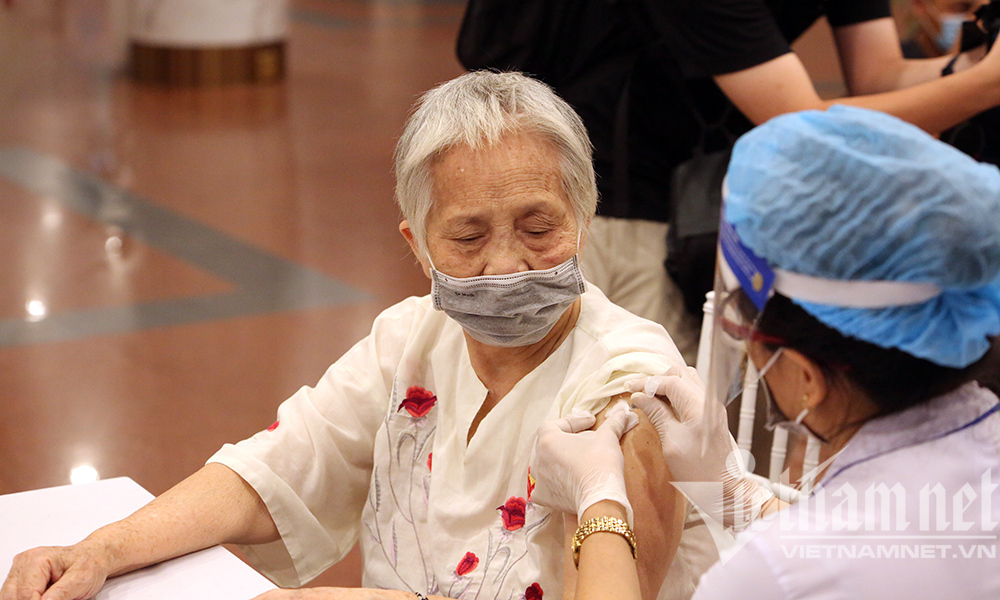 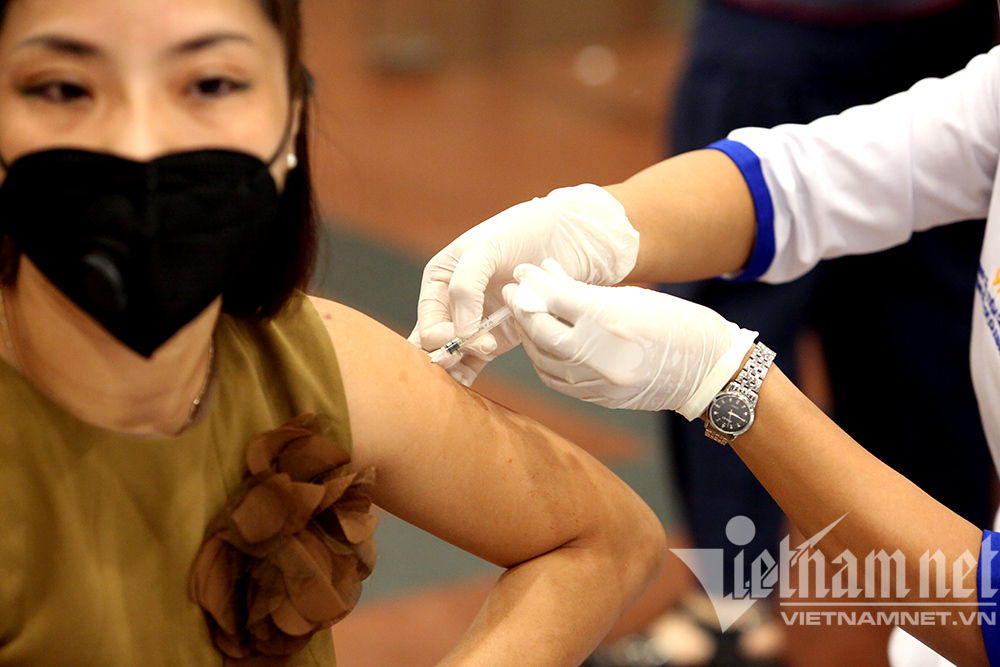 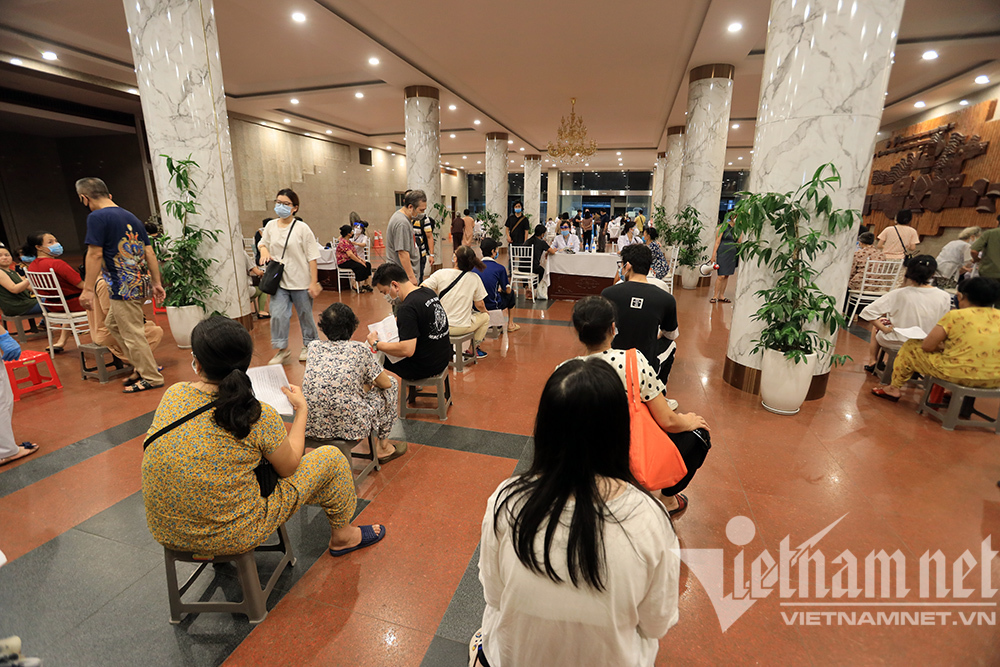 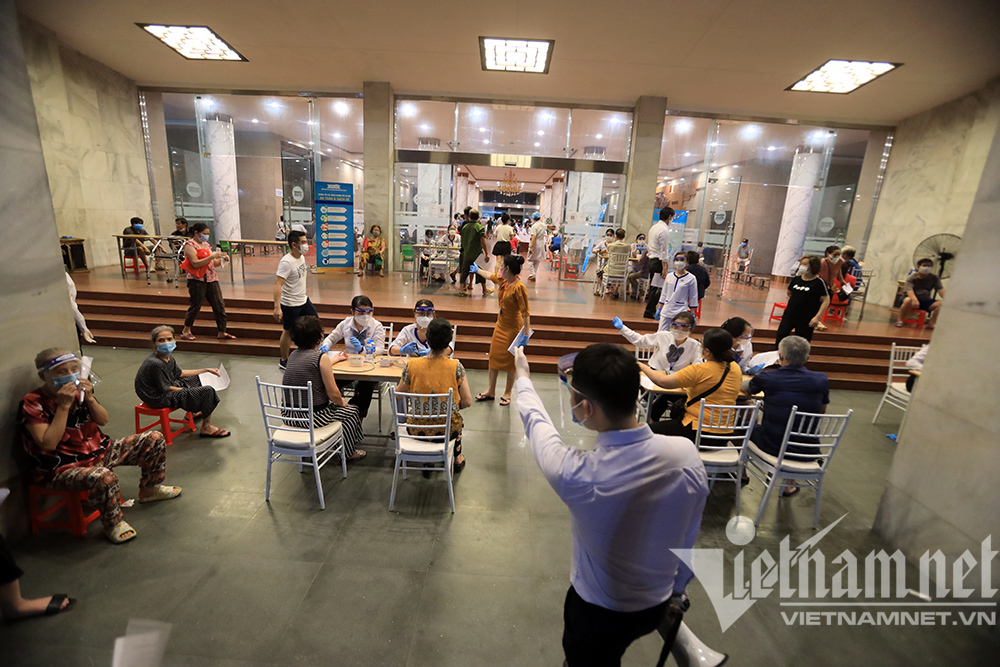 Nearly 500 residents of  Cua Nam Ward, Hoan Kiem District, were vaccinated on the evening of September 9. Many of them were 65 years old and more. 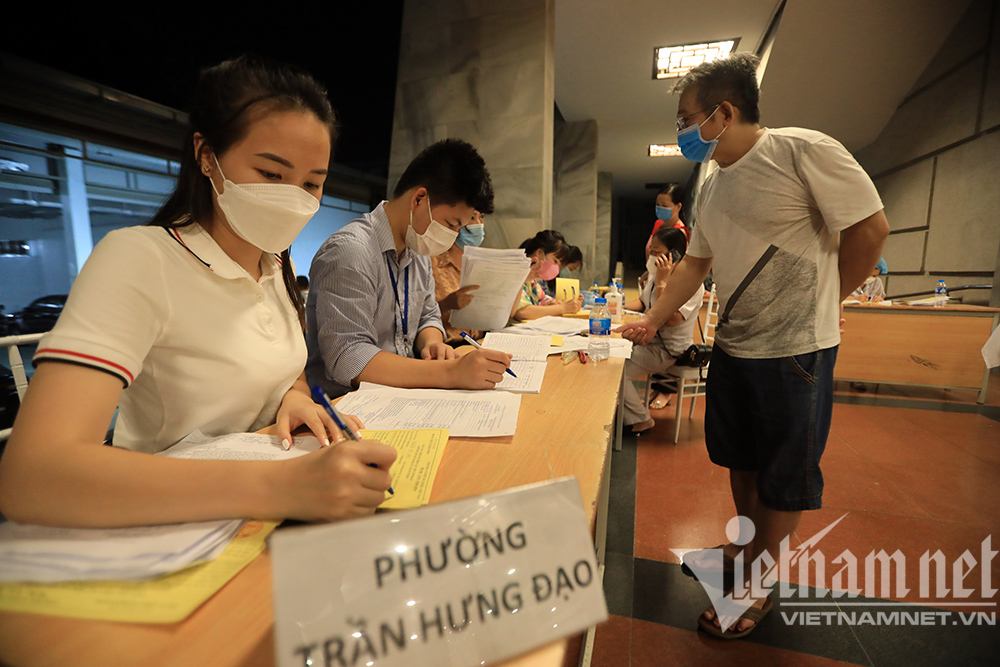 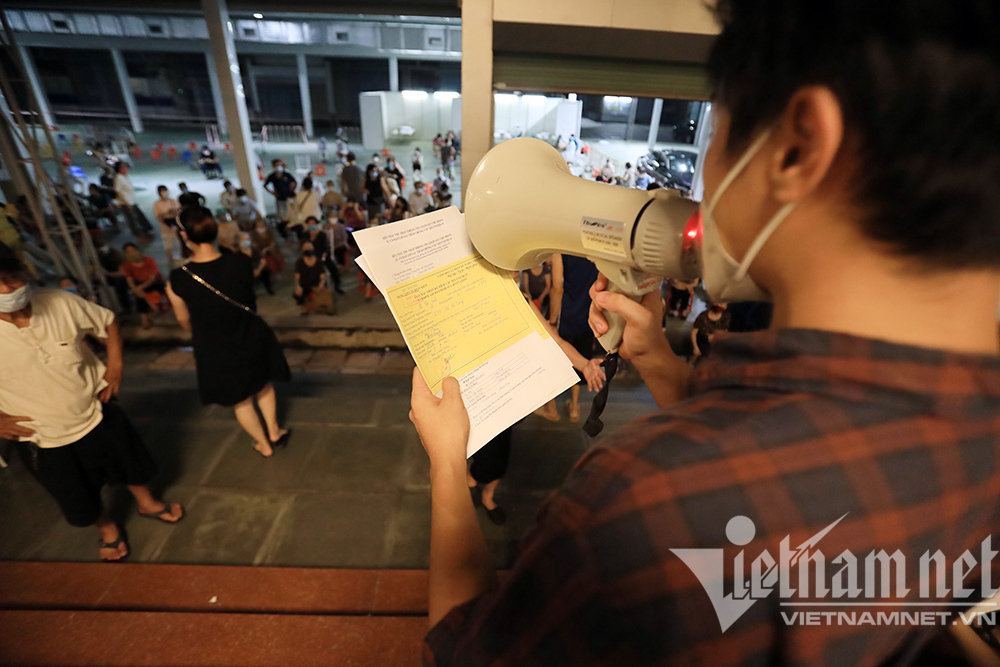 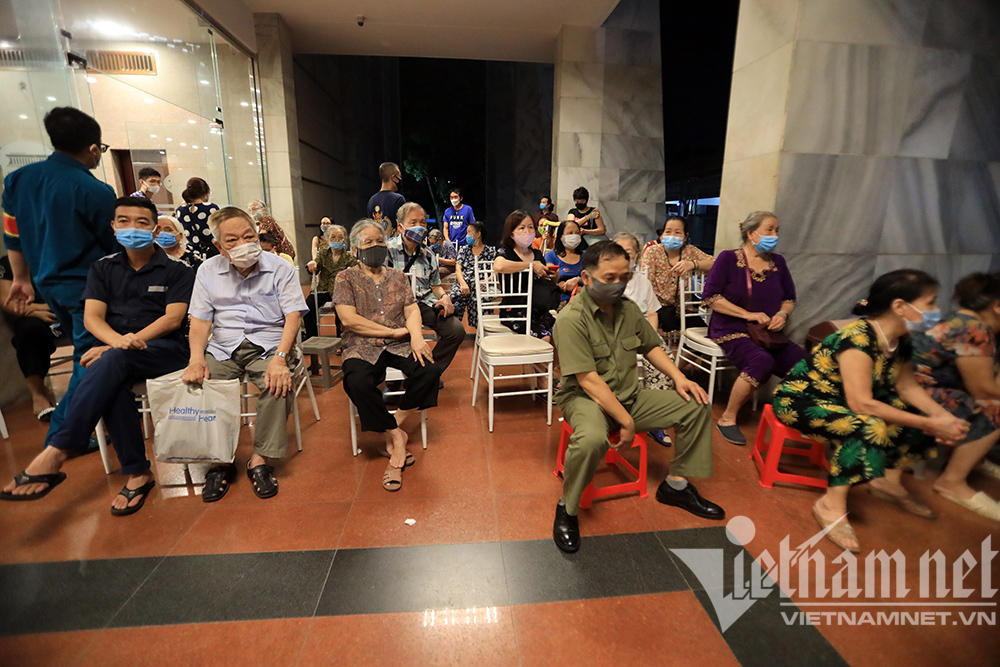 People stay at the vaccination site for 30 minutes for health monitoring after being vaccinated.