Thousands of people queue up overnight to apply for university

Under a MInistry of Education and Training (MOET) regulation, beginning October 10, schools that have not enrolled enough students would be allowed to begin an additional enrolment campaign. 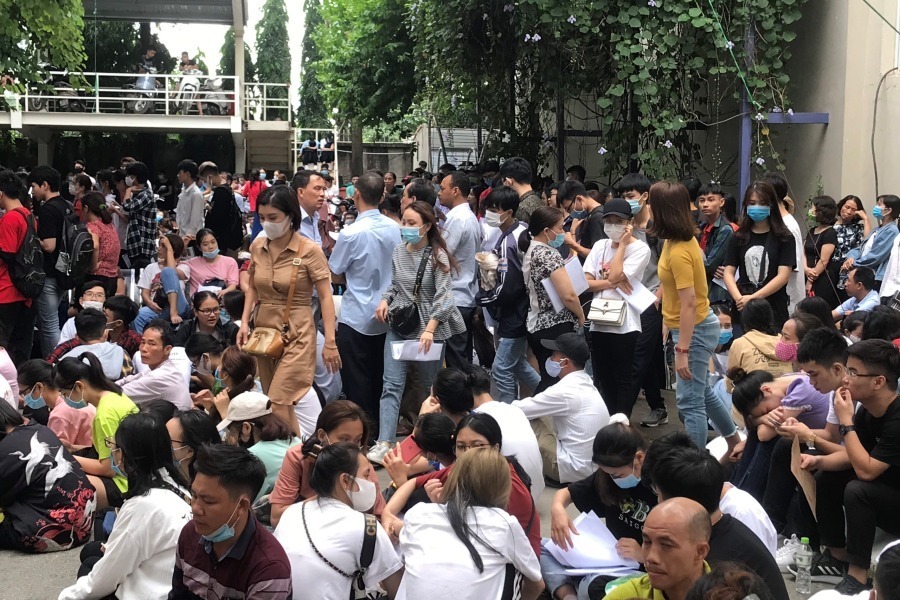 Thousands of people queue up overnight to apply for university

However, at noon October 5, many students unexpectedly heard that Thang Long University in Hanoi would begin its second enrolment campaign at 8 am on October 6.

So, the students who failed the first enrollment campaign rushed to come to the school at night, waiting to make applications.

L.M.T, a parent in Hanoi, and his son arrived at the school at 11.30 pm. After reading the news that the school would enroll 710 more students based on the order of applications, they immediately left home to go to the school. When they arrived, 300 students were lined up.

By 8 am, when the school began receiving applications, over 3,000 students were in front of the school.

“It is the ‘first come first enrolled’ principle which caused the chaos. The school then decided to change the rule, announcing that it will enroll students based on their high school final exam results, from high to low scores,” T said.

Instead of the original document, the school decided to accept the copy of the certificates on high school finals results.

H.M.H, one of the students, told VietNamNet that he and his elder sister had been waiting there since 7 pm on October 5.

Prior to that, he had applied for seven majors of the National Economics University. With 26.95/30 score, H failed to enroll in all the majors. As he heard that Thang Long University also has similar training majors, he rushed to go there to seek an opportunity to the school.

“We had been waiting a long time until 2 pm on October 5, when the school announced the change in enrolment rules,” he said.

Ha Thi Thom, a parent from Yen Bai, commented that the enrolment method of the school is unprofessional, making people ‘cool their heels’ too long.

On October 6, MOET stated that Thang Long’s enrollment was contrary to regulations, affirming that schools can only begin their additional enrolment campaigns on October 10.

Many universities have changed enrollment methods, including higher enrollment quotas that will be based on students' high school records.

The Ministry of Education and Training (MOET) is collecting opinions from universities on its draft regulation for higher education enrollment in 2020. Schools will draw up their enrollment plans based on the regulation.