Three Vietnamese talents to perform with the Asian Youth Orchestra

VietNamNet Bridge - Returning to Hanoi the summer, with the participation of cellist Steven Isserlis, the Asian Youth Orchestra (AYO) will be performing two nights at 8pm on August 10 and 11 at the Hanoi Opera House.

VietNamNet Bridge - Returning to Hanoi the summer, with the participation of cellist Steven Isserlis, the Asian Youth Orchestra (AYO) will be performing two nights at 8pm on August 10 and 11 at the Hanoi Opera House. 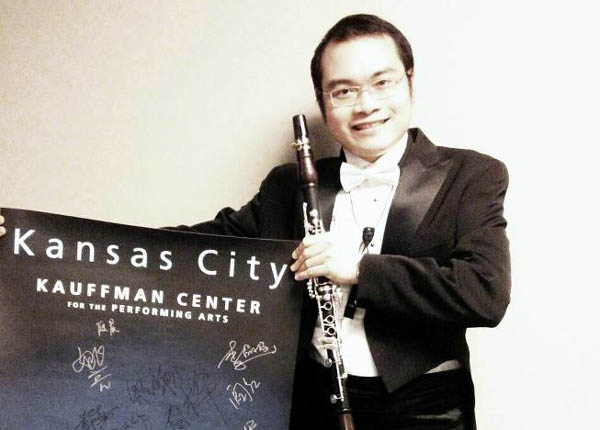 Clarinet artist Tran Khanh Quang, member of the Asian Youth Orchestra, is now a lecturer at the Vietnam National Academy of Music.

On the evening of August 10, the orchestra will perform the overture Der Freischütz (C.Weber), the Concerto for cello and orchestra, B minor (A. Dvorak) and the Symphony No. 2, D Major (J.Sibelius) with the participation of conductor James Judd.

On August 11, under the baton of conductor Richard Pontzious, the orchestra will perform the following works: the Symphony No. 3 in F major (J. Brahms,) the Concerto for cello and orchestra in Mayor (J.Haydn) and the Symphony No. 5 in C Minor (LVBeethoven).

Since its inception in 1990 until now, the AYO has attracted more than 20,000 talented musicians aged 17 to 27 to participate in its recruitment program, with 307 concerts in Asia, Europe, Americas and Australia.

In 2011, the AYO had two concerts at the Hanoi Opera House, marking the return of the orchestra in Vietnam after 11 seasons.