A festival featuring the ancient sport of ‘Vat Cau’, a game which involves men wrestling over a ball, took place in the village of Thuy Linh, Hanoi on January 30, with the aim of bringing the local community together through a traditional sport. 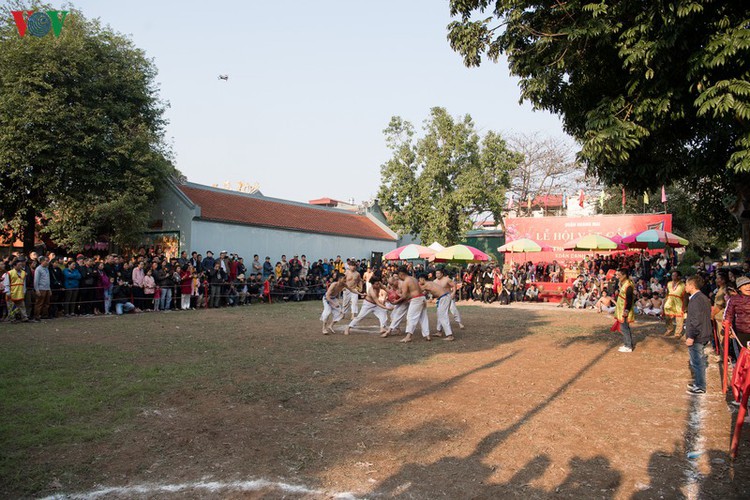 The festival is held annually on the sixth day of the first month of the Lunar New Year. 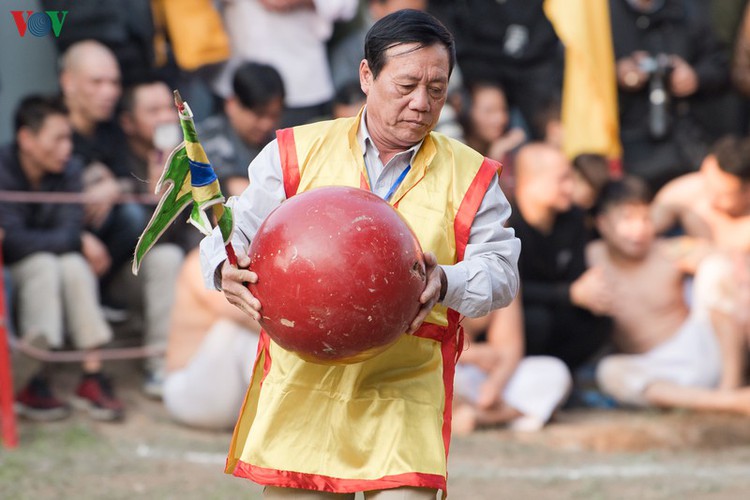 The referee wears traditional garments as he brings the ball to the pitch ahead of the start of the match. 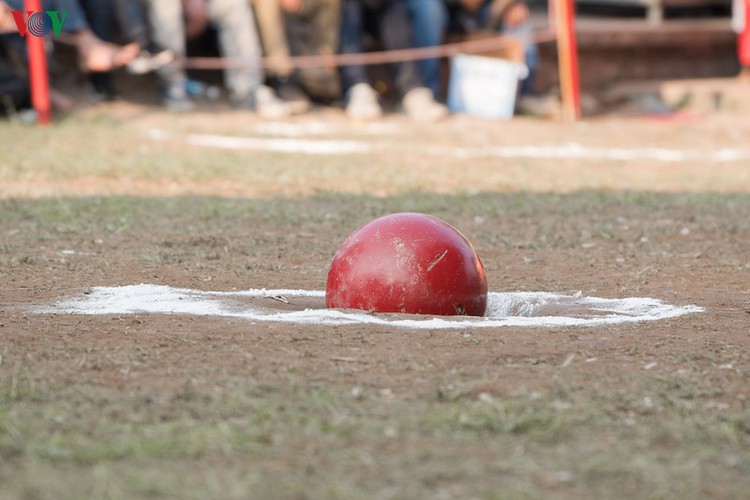 In total the match ball weighs 18kg with the pitch being set out with holes in each corner. The aim of the match is to push the ball into one of the opposing team’s holes. 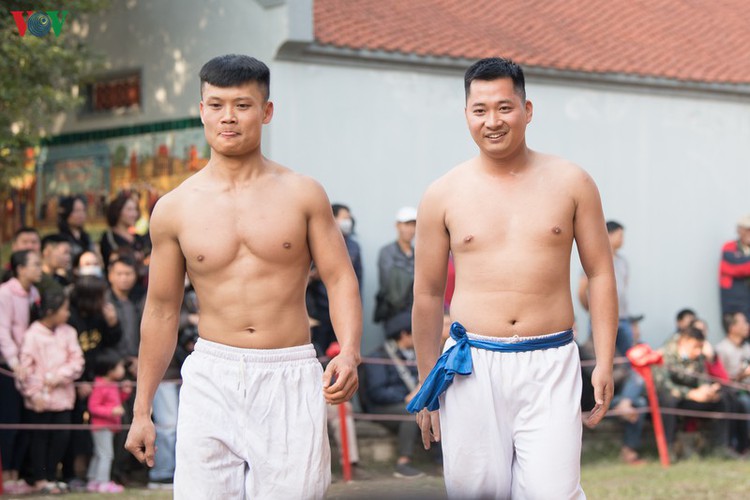 Competing in the event are four different coloured teams made up of eight men per side. Whilst trying to push the ball into their opponent’s hole, each team competes as they wrestle for possession of the ball. 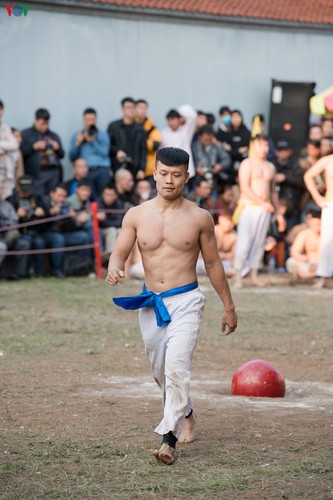 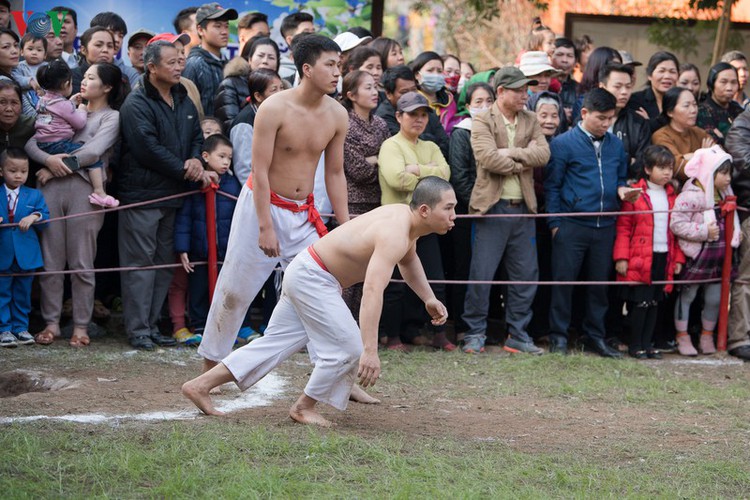 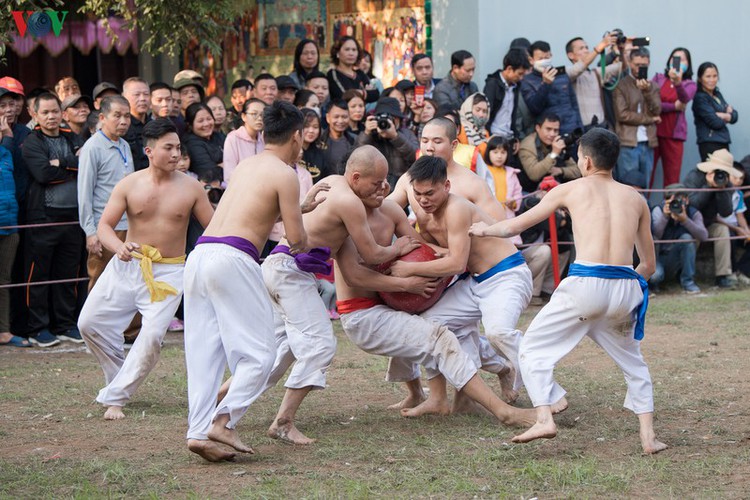 The teams put in every effort as they try to push their way through and get the ball into one of their opponent’s holes. 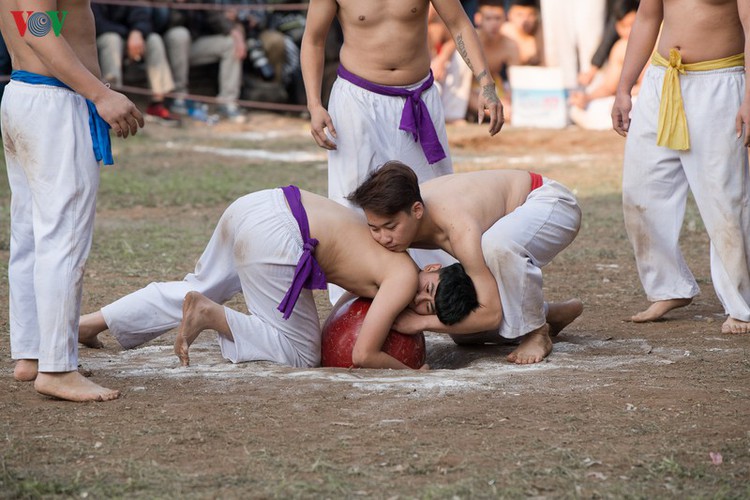 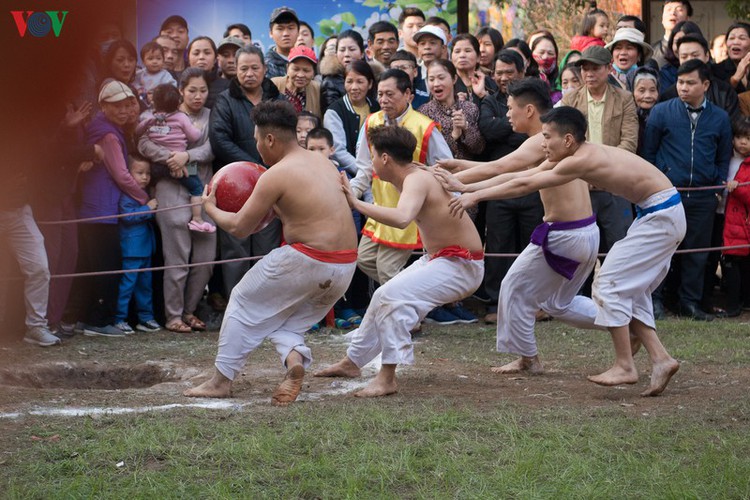 As soon as one of the players gains possession of the ball, it is the responsibility of his team mates to try their upmost to support him push the ball into one of the opposition holes. 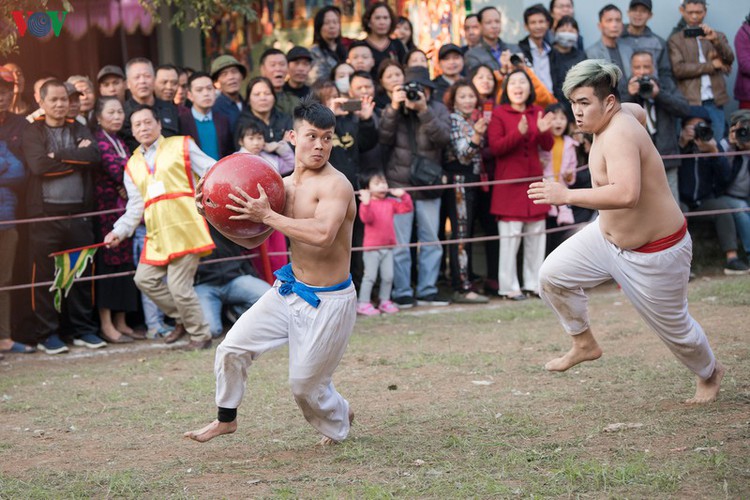 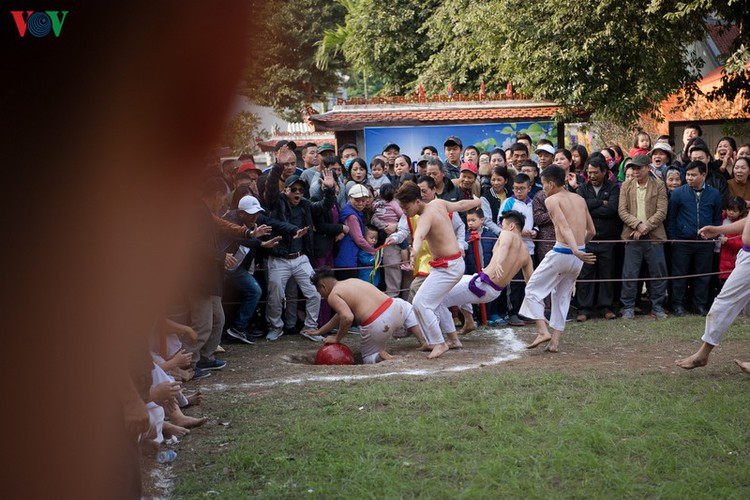 One of the teams celebrates following their successful scoring of a point. 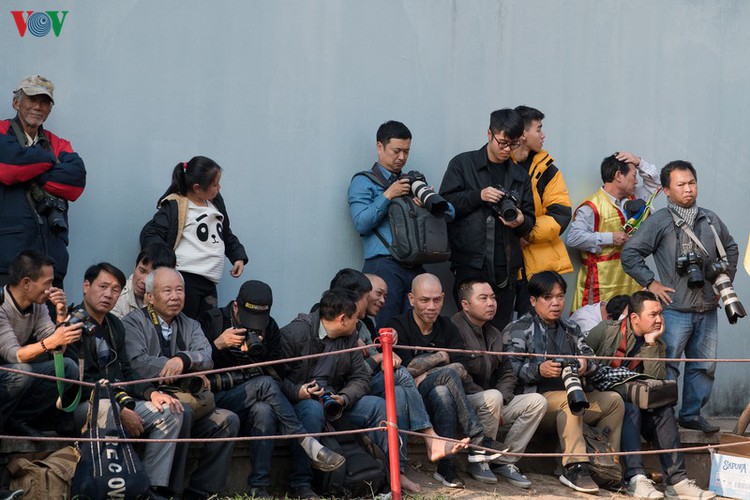 The festival proves popular with plenty of spectators in attendance in addition to many reporters. 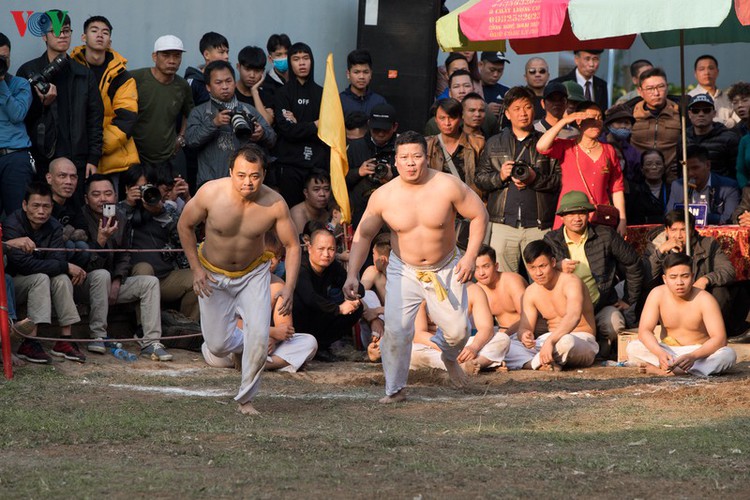 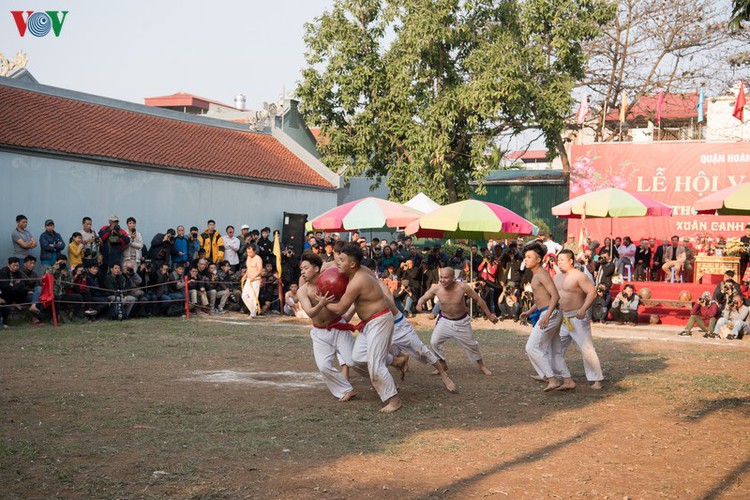 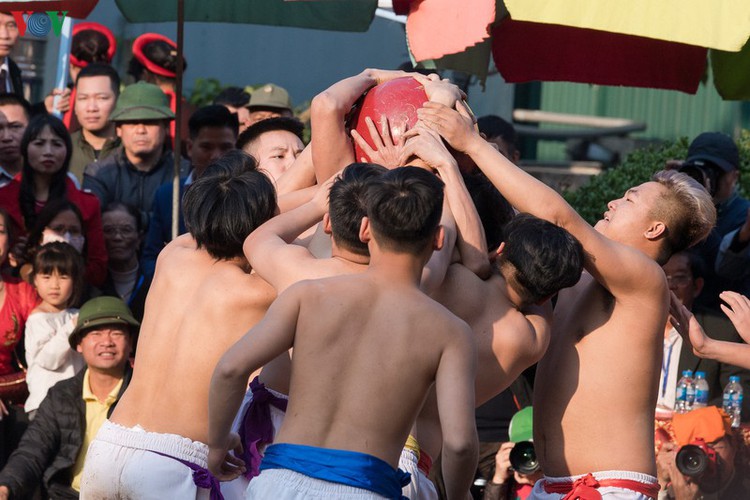 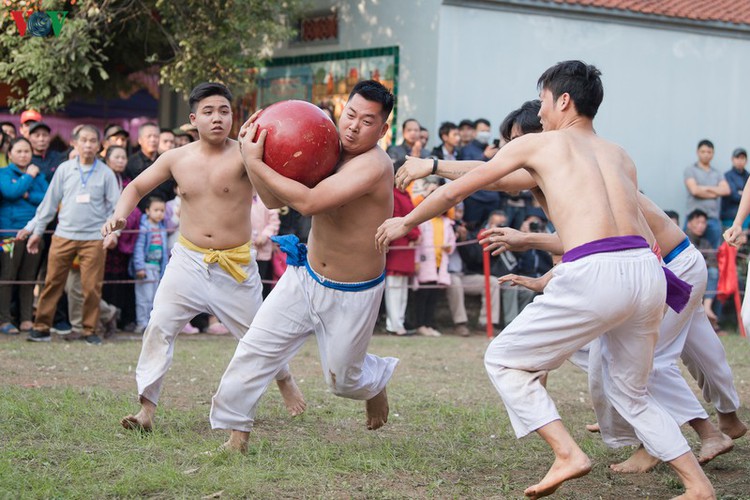 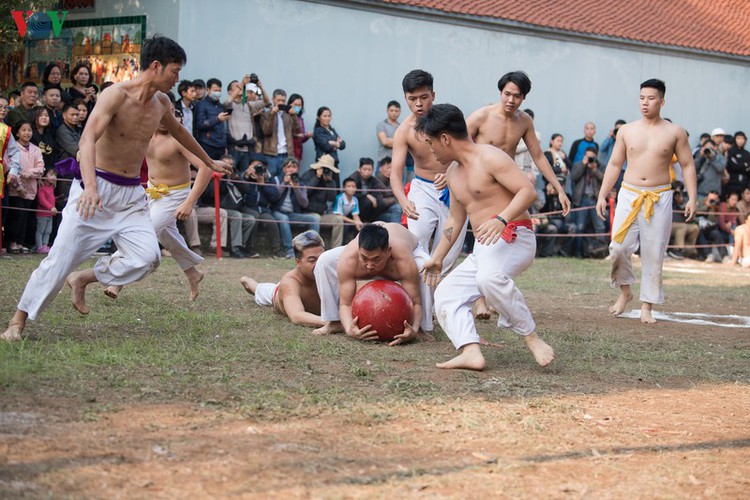 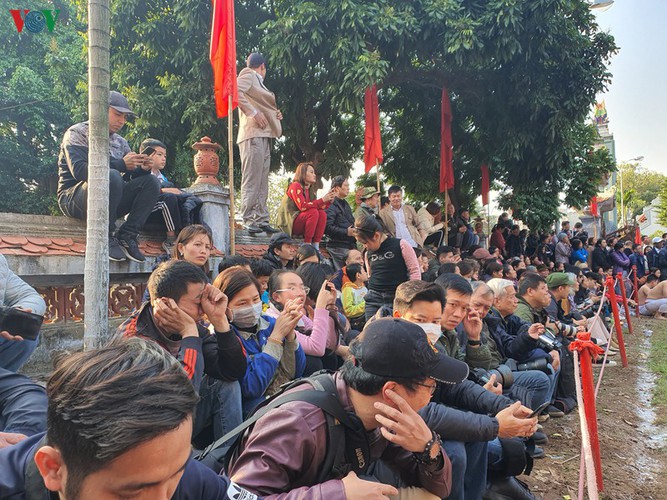 People come from all over in order to watch the festival. 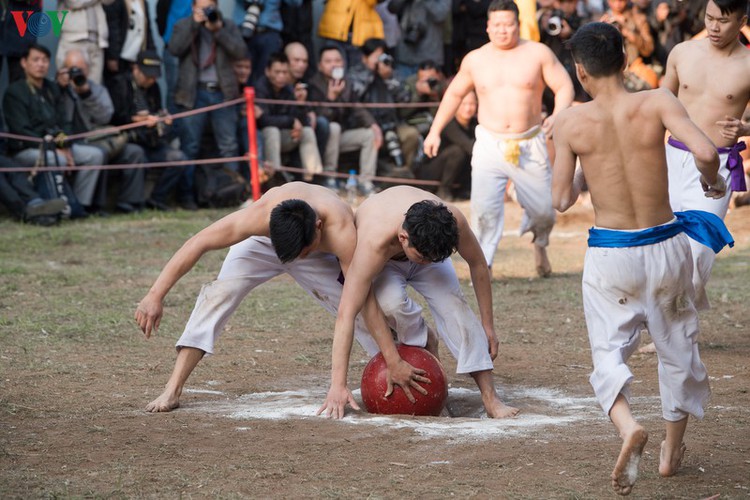