In 2021, despite great challenges caused by Covid-19, the enterprises of Vietnamese billionaires are growing and thriving. 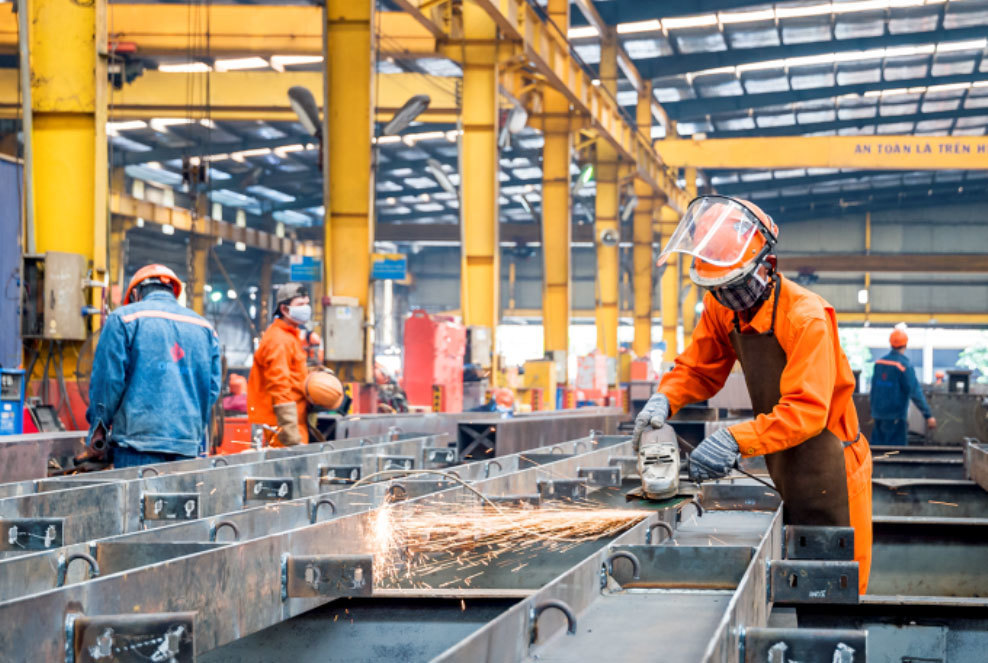 The finance report of the Masan Group, owned by billionaire Nguyen Dang Quang, showed growth in all business fields with the highest ever revenue and profits in its history. Its net revenue in 2021 was VND88.629 trillion, or nearly $4 billion, an increase of 14.8 percent over 2020.

Reaching revenue of VND1 billion was only a dream of many Vietnamese businesses in the past. But now that figure is attainable for many businesses, including those owned by billionaires such as Pham Nhat Vuong, Tran Dinh Long, Ho Hung Anh, Nguyen Dang Quang and Bui Thanh Nhon.

Despite the pandemic and higher input material prices, Masan’s post-tax profit soared by seven times in 2021 to VND8.6 trillion. Its EBITDA (earnings before interest and taxes) was VND16.3 trillion, or 1.6 times higher than 2020.

VIBBank reported profits exceeding the VND8 trillion threshold, a growth rate of 38 percent over the year before. The bank has a high ROE (return on equity) of 31 percent and in Q4 2021, the bank made the biggest profit in its history – VND2.7 trillion.

Maritime Bank also reported that its pre-tax profit increased by two times in 2021 to VND5.2 trillion, higher than the targeted 58 percent.

DPM saw revenue increasing by 63 percent to VND12.8 trillion, while its pre-tax profit soared by 4.3 times to VND3.6 trillion. Meanwhile, DCM saw revenue of over VND10 trillion, and post-tax profit of VND1.8 trillion, three times higher than in 2020, the highest level in its history.

According to VNR500, strong brands, including Samsung Vietnam, Viettel, PetroVietnam, Techcombank, EVN, Vingroup, VInamilk and Hoa Phat Group, continue to be listed in the top 500 businesses, despite Covid-19.

Analysts say all of these businesses made high profits during the Covid-19 crisis because they concentrated on and expanded their core business fields, and underwent restructuring to overcome difficulties. The recovery of the economy in the last months of 2021 helped commercial banks to prosper, while fertilizer manufacturers benefited from high selling prices.

According to VNR500, six out of 10 of the most profitable businesses in Vietnam are commercial banks. The other businesses in the top 10 operate in the fields of construction, dairy production, retail and multi-industry.

Over the last five years, real estate and construction, finance and Food & Beverages have been in the top positions. These are considered fields with good growth potential.

The prosperity of these businesses during the pandemic showed their resilience. Many of them are expected to make a breakthrough when the economy reaches a predicted growth rate of 5.5 percent in 2022 and high growth rates in 2023, according to the World Bank.

The difficulties over the last two years forced businesses to undergo restructuring, bringing positive effects. The pandemic had a major impact on the retail industry, but The Gioi Di Dong (MWG) still had good business results last year.

MWG’s CEO Nguyen Duc Tai said his business seeks to obtain $10 billion in revenue, which could occur in one or two years if the pandemic is contained.

Ten years ago, Vietnamese businesses sought $1 billion in revenue, while $10 billion was a far-away dream. However, they are now closer to the bigger goal.

Though the pandemic caused FMCG (fast-moving consumer goods) purchasing power to slow down, the goal of $10 billion in revenue, according to Tai, will be reachable by 2025. In 2022, MWG plans to obtain VND140 trillion in revenue and VND6.35 trillion in post-tax profit.

Vingroup, owned by billionaire Pham Nhat Vuong, with market capitalization value of VND370 trillion, is listed among the companies with the highest capitalization value. The conglomerate has made its mark in the international market, especially with VinFast’s introduction of two electric car models VF e35 and VF e36 at the Los Angeles Auto Show.

Vuong recently made an investment in vehicle battery production amid VinFast’s rapid development, with many branches opened in the US, Canada, France, Germany and the Netherlands as part of his plan to become a global smart electric vehicle manufacturer.

Vuomg is now the richest businessman in Vietnam with stock assets worth $9 billion. VinFast plans to seek capital in the world financial market, with its company’s value of $50 billion estimated by international financial data firms. If it succeeds, Vuong’s stock assets may reach $30 billion, which would make Vuong one of the world’s 50 richest billionaires.

Hoa Phat Group owned by billionaire Tran Dinh Long has been listed among the world’s 15 most valuable steel manufacturing companies. 2021 was the first year that HoaPhat exported more than 1 million tons of products, twice as much as the year before.

The King of Steel’s goal of VND100 trillion in revenue set three years ago has been realized. With the expansion of its steel mill in Dung Quat, Hoa Phat is expected to continue growing. It has also jumped into real estate and industrial zone development. In addition, it has kicked off a project on making containers in Ba Ria – Vung Tau.

Young businesses are making as much as large corporations

Many small-scale businesses are making profits equal to that of large corporations.

Vietnam targets 2.1 million enterprises, 70 with capitalized value over US$1 billion

The Ministry of Planning and Investment is working on a resolution to support and develop Vietnamese businesses for the period of 2021-2025, replacing Resolution No. 35/NQ-CP dated May 16, 2016.