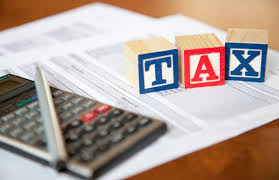 Towards these goals, the Vietnamese government has been making efforts to carry out its defined key policies, which include focusing on completing market economy institutions, accelerating global integration, and economic restructuring, Dung told his guest.

Furusuwa congratulated Viet Nam on its socio-economic progress, including fulfilling the United Nations millennium development goals ahead of schedule, sustaining macro-economic stability and improving the livelihoods of local communities.

He attributed the results to efforts made by the Government and the people, and he said he believed the nation would achieve robust mid-term growth.

Furusuwa commented that Viet Nam had a clear and sound vision of socio-economic growth. He proposed the country should take advantage of the current condition to launch restructuring of its mechanisms, particularly fiscal and credit policies, as well as the bank and state-run sectors.

The IMF Deputy Managing Director lauded the outcomes of joint projects between Viet Nam and his organisation, and highlighted that the IMF was willing to continue supporting Viet Nam, especially with policy consultations, technical assistance and in capacity building.

In a meeting with Furusawa, National Assembly Vice Chairwoman Nguyen Thi Kim Ngan said Viet Nam wished to receive advice from the International Monetary Fund on how to overcome difficulties and obstacles to successfully modernise its economy.

She also asked for IMF recommendations on the management of the macro-economy, monetary and fiscal policies, as well as measures and resources for economic restructuring, especially in banking reform and bad debt settlement.
VNS