More than 500 workers of a leading travel firm in HCM City lost their jobs in March. Other travel firms have also become paralyzed. 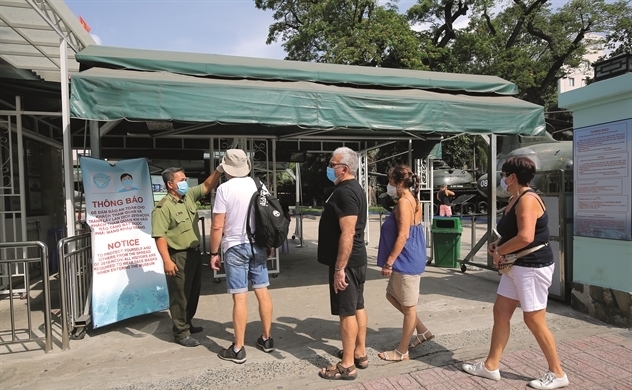 The Civil Aviation Authority of Vietnam (CAAV) predicted that the revenue of domestic airlines will decrease by VND25 trillion in 2020.

“Vietnam’s tourism industry has never witnessed such a terrible crisis,” said the director of a travel firm on March 18, when the government announced the postponement of visas to foreign investors.

“Business activities in all three markets, inbound, outbound and domestic, are frozen,” he said.

The Ministry of Planning and Investment (MPI) estimated that if the epidemic ended in Q1, the tourism sector would incur the loss of $2.3 billion, while the loss would be $5 billion if the epidemic lasts until the end of Q2.

Khanh Hoa province, which received 7.2 million travelers in 2019 and earned VND27 trillion from tourism, has become deserted because of the epidemic.

Hoang Van Vinh, chair of the Nha Trang – Khanh Hoa Tourism Association, said local tourism has been hit hard by the epidemic with hotel room occupancy rate at below 20 percent.

In HCM City, director of a 5-star hotel in district 1 said the occupancy rate of the hotels in the city was below 30 percent in March, while the rate is expected to be in single digits in April and May as guests have canceled bookings.

A report found that the occupancy rate of hotels in the entire country has dropped by 65-85 percent. Hotels mostly receiving guests from Europe, China and South Korea have seen the sharpest decreases.

Working capital of travel firms is low, while the cost is quite high, accounting for approximately 90 percent of net revenue and the profit margin is no more than several percent.

A survey of SSI Research found that the NPM (net profit margin) from travel services of some large firms is just 0.8-1 percent.

With these characteristics, ensuring a stable workforce for 3-6 months and waiting to resume operation is a challenge for most enterprises.