Travel firms now tend to place orders for workers directly with training establishments, as some schools say the number of graduates ordered by travel firms has been increasing by 5,000 each year.

The director of a tourism complex in Can Gio District in HCMC complained that it is difficult to hire workers, though Can Gio is just 70 kilometers from the HCMC center. 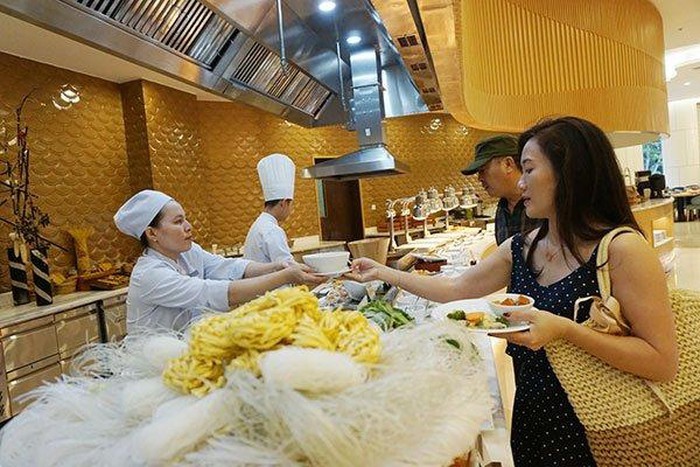 The director plans to computerize the management system, connecting the 200-guest restaurant with the accounting department and reception desk, but the plan cannot be implemented because of the ‘lack of technology and technology savvy users’.

According to Mai Hong Quy, rector of Hoa Sen University, the demand for workers from the tourism industry has been increasing with lightning speed. The school every week receives orders from travel firms, including well known international groups such as Accor and Marriott. The firms not only need workers for their facilities in Vietnam, but also for projects in the region.

“We can clearly feel the increasingly high demand for workers in the tourism industry. The number of workers ordered by travel firm increases by 5,000 a year,” Quy said at the Vietnam Tourism Human Resource Forum 2019 held in HCMC some days ago.

Nguyen Quoc Ky, CEO of Vietravel, confirmed the high demand for labor force, saying that the firm needs 300 more workers a year. However, it is difficult to find enough workers and all newly recruited workers need retraining.

One new college graduate needs to be trained for six more months. It takes one year to produce one skilled worker. The training costs the company time and money.

Vietravel operates a small-scale school which provides training in some travel majors, but it cannot satisfy the company’s demand.

He said some large travel firms in HCMC have established schools to produce workers for themselves. The model can be applied by other firms.

According to the Vietnam National Administration of Tourism (VNAT), the tourism industry needs 40,000 more workers every year, but tourism schools can provide only 15,000.

Meanwhile, the number of workers in the industry estimated by the Vietnam Tourism Association (VTA) is even higher. VTA’s deputy chair Vu The Binh said about 50,000-60,000 people finish schools a year, while 100,000 workers are needed.

“Our members, especially those who are opening new facilities have asked for the association’s support in seeking workers,” Binh said.

According to Bui Ta Hoang Vu, director of the HCMC Tourism Department, there are 140,000 workers in tourism industry in the city, and 10 percent of them are untrained. The figures are 1 million and 20 percent, respectively, for the entire country.