TPP a rose sprig with thorns

Vietnam may see its GDP increase by $26.2 billion in the period from the day the Trans Pacific Partnership (TPP) agreement is signed, slated for the end of this year to 2025.

VietNamNet Bridge – Vietnam may see its GDP increase by $26.2 billion in the period from the day the Trans Pacific Partnership (TPP) agreement is signed, slated for the end of this year to 2025. 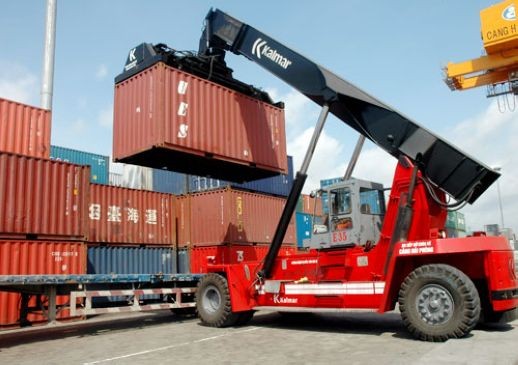 The figure has been forecast by Professor Peter A.Petri from Brandeis University in the US, when he talked about the benefits Vietnam can expect when joining the TPP.

Especially, if Japan joins the agreement, the benefit Vietnam may get would be up to $35.7 billion.

In the latest news, Japan has expressed its willingness to join the negotiations for the agreement.

Le Dang Doanh, a well-known economist in Vietnam, said the biggest benefit to be brought by TPP is the possibility of increasing the exports once the tariffs are cut by the TPP member countries. Vietnam key export items such as garments, seafood and processed materials would meet less barriers when entering the export markets.

Dinh Hong Ky, President of Secoin, a construction material company, wishes to see the agreement to be signed soon, because it would bring big benefits to the company.

“The markets would be enlarged, while it’ll be easier to find partners,” he said. Though anticipating that the TPP membership would make the current competition stiffer, he still believes that TPP would do more good than harm, because it helps eliminate weak enterprises and facilitate the development of the national economy.

Meanwhile, the benefit Doanh can see is that TPP would help push up the ongoing reforms in Vietnam. “One of the reforms would be the one relating to the laborers’ rights,” he said.

Under TPP, laborers would have the right to set up unions, and the right to negotiate about the provisions of the labor contracts with employers. This would be contrary to the Vietnam’s Law on Trade Union, which would force Vietnam to make some amendments to make it suitable to the international commitments.

The admission to TPP would require Vietnamese policy makers to fulfill the legal frameworks to attract foreign investment capital.

However, as Doanh has noted, “all rose sprigs have thorns,” which means that Vietnam will not only get benefits from TPP, but also meet challenges as well.

According to East Asia Forum, a policy forum for researchers, the member countries are in disagreements in some key matters, including the intellectual property, e-commerce, state owned enterprises and the access to the garment market.

The source says the countries expect to finish the negotiations this year. However, as Japan has expressed its willingness to join the agreement, the negotiations would be more complicated.

“If Japan joins the agreement, the negotiations would last until 2014,” Doanh said.

It’s still questionable about the benefits Vietnam may receive for its textile and garment industry. Though this is Vietnam’s key export production, Vietnamese enterprises still have to import 75 percent of the input materials from China.

Meanwhile, under TPP, the tariff preferences would be granted to Vietnam, if it can prove that it uses the input materials sourced from TPP member countries.

According to Doanh, Vietnam has shown the list of some materials it needs to import from China and it has been awaiting for the approval of the TPP members.

The difference between WTO and TPP is that while WTO maintains some preferences for developing economies in the first periods after they join TWO, TPP would create a leveling playing field for all the members, with no discrimination about developed or developing countries.