The strict claims filed by the US on the issues relating to the intellectual property during the negotiations for the Trans Pacific Strategic Partnership Agreement (TPP) are believed to put big difficulties for Vietnamese enterprises.

VietNamNet Bridge – The strict claims filed by the US on the issues relating to the intellectual property (IP) during the negotiations for the Trans Pacific Strategic Partnership Agreement (TPP) are believed to put big difficulties for Vietnamese enterprises. 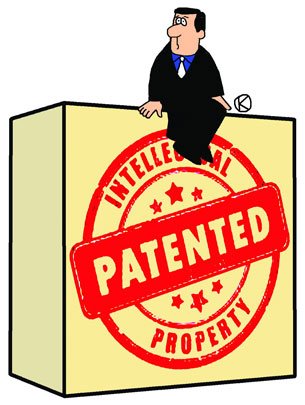 On November 19-24, 2013, the heads of the negotiation delegations and key specialists gathered in Salt Lake City, Utah, in the US, to discuss the outstanding disagreements. One of them was the extension of the validity of patents put forward by the US.

According to Dr. Giap Van Duong, the founder of Giap’s School, an online training establishment, about 10 million inventions have been patented so far in the world. It is estimated that 500,000 applications for patent are made every year, half of which, or 270,000, get approved, including the 50 percent granted to the US inventors. In 2012, IBM alone got 6,457 patents.

Meanwhile, also according to Duong, Vietnam only has one invention patented every year.

In principle, one has to pay $10,000-30,000 for one patent in the US. The figure is $30,000 in Europe. However, in reality, in order to protect their exclusive rights for the inventions, they have to pay much more money.

Nesltle, for example, has up to 80 parents to protect one product – a coffee making machine. The manufacturer also has nearly 400 patents for one product – coffee capsules.

In this case, the manufacturer has one main invention, but it has to register a lot of supporting patents to protect their exclusive rights for everything related to the invention, from the color, size, design…

It is obvious that US now possesses the highest number of patents in the world, which explains why it always highlights the intellectual property at all the negotiations for bilateral and multilateral agreements.

Experts believe that once joining TPP, Vietnam cannot ask other countries to follow its low standards. This means that it has only one way to go – improving itself to catch up with the world.

Therefore, a lot of businesses have expressed their worry about the negative impacts of TPP on the Vietnamese economy.

Experts, at the training course about TPP held recently by the HCM City Industry and Trade Department, WTO Center and Thoi bao Kinh te Saigon newspaper, warned that once Vietnam joins TPP, Vietnamese businesses would have to spend more time on lawsuits.

Pharmacy firms, for example, which have to spend big money on their inventions, would make every effort to optimize profits from the inventions. The 20-year patent protection has been proposed to be extended. Manufacturers may easily ask for further protection if it registers just a new feature to the old patents. All of these are believed to help them recover the big money they spend on research and development.

The deputy general director of a pharmacy firm, who was a senior official of the Ministry of Health, has noted that new drugs turn up on the market everyday. This explains why pharmacy firms want to speed up marketing campaigns to recover the investment capital soon and make profits, instead of earning money from the production which lasts tens of years.