A crash between a car and a motorbike in the northern province of Vinh Phuc’s Tam Dao District has left four dead.

According to the provincial traffic safety committee, the incident happened at around 2:30 pm on Sunday on National Highway 2B.

The car with four people collided with the motorbike travelling in the same direction from Vinh Yen Town to Tam Dao District where is home to the tourist site of Tam Dao Mountain.

As a result, the car fell down a cliffside, while the motorbike remained on the road. 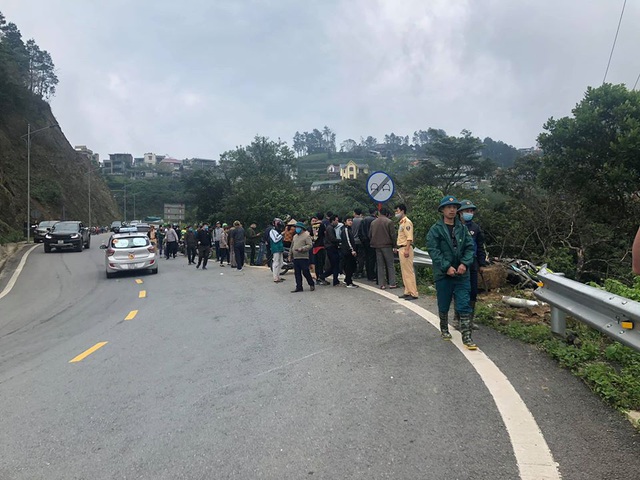 The scene of the accident

Despite emergency services arriving at the scene quickly, four people, including three people in the car, and the motorbike driver died on the spot due to severe injuries. Meanwhile, the remaining person in the car has been hospitalised for injury treatment.

Tran Xuan Dung, office manager of Tam Dao District, said that local authorities are investigating the cause of the accident.

According to Dung, the victims are local residents, consisting of three men aged 84, 49 and 19 and one woman aged 78.

Deputy Prime Minister Truong Hoa Binh, chairman of the National Committee for Traffic Safety called for an investigation into the crash. Dtinews