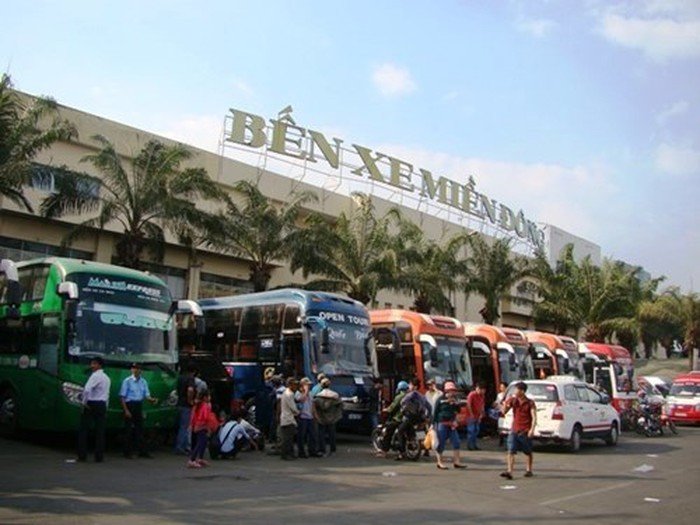 Tickets for routes in high demands such as HCM City to Quy Nhon, Quang Nam, Danang and Hue are being overcharged.

A VIP ticket from HCM City to Danang on the 27th of the lunar December is offered at VND2m (USD86).

When being asked why the ticket prices increased so much, the seller for a bus firm in Tan Binh District said ticket prices had been increased everywhere as Tet arrives.

"Normally passengers don't have lots of baggage so we can earn money from freight charges. But during the Tet holidays, passengers bring lots of belongings and we don't have room for freight anymore," he said.

Several firms along Pham Ngu Lao Street also doubled the ticket prices. A ticket for HCM City-Nha Trang is sold for VND450,000, much more than the usual VND200,000. Short routes from HCM City to Buon Me Thuot or Ninh Thuan also see a price hike.

According to the regulations, the ticket prices at Mien Dong Bus Terminal for Tet holiday are only allowed to increase by 20-60%.

Ticket prices at Mien Tay Bus Terminal are allowed to increase by 20-40%. However, seats on sleeper buses for Tet have already sold out so passengers have to seek other places. Bus firms operate outside of those terminals don't have to obey the ceiling prices.

Leader of Mien Dong Bus Terminal said all ticket prices had been publicly listed and they would investigate and deal with any violations reported by passengers. Passengers are advised to do research about prices and firms before buying tickets outside of the terminals.

Tran Quoc Khanh, the inspector from HCM City Department of Transport, said contracted vehicles didn't have to follow regulations about ceiling prices and they couldn't control civil agreements between the passengers and the transporters.

"We'll focus on dealing with passenger buses that pick up and drop passengers randomly on the streets, especially along the highways and routes to inner cities, in order to ensure traffic safety," Khanh said.