Minister of Transport Dinh La Thang has instructed the Airport Corporation of Vietnam (ACV) to set up a pilot project to sell the operation rights of Phu Quoc International Airport in the Mekong Delta province of Kien Giang this year.

Minister of Transport Dinh La Thang has instructed the Airport Corporation of Vietnam (ACV) to set up a pilot project to sell the operation rights of Phu Quoc International Airport in the Mekong Delta province of Kien Giang this year. 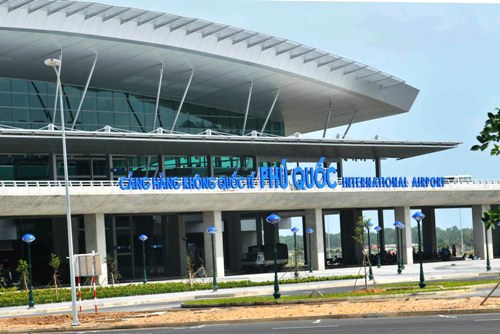 The sale of the airport, built by the Airport Corporation of Vietnam (ACV), will  help the company recover a large amount of capital for aviation infrastructure projects.

If the pilot is successful, ACV will continue selling all or parts of exploitation rights of other airports to private investors.

Terminal T1’s Hall E of Noi Bai International Airport will also be put up for sale to a Vietnamese airline that wants to purchase it.

The Civil Aviation Authority of Vietnam is now working with ACV to conduct a feasibility study for a project to broaden the plane parking area and car parking lot at Tan Son Nhat International Airport. It is expected to be completed in March.