Nearly 100 travel guide books of a Chinese passenger were confiscated at the Da Nang International Airport because the books have the Vietnam map without Hoang Sa and Truong Sa archipelagoes.

VietNamNet Bridge – Nearly 100 travel guide books of a Chinese passenger were confiscated at the Da Nang International Airport on May 12 because the books have the Vietnam map without Hoang Sa (Paracels) and Truong Sa (Spratlys) archipelagoes. 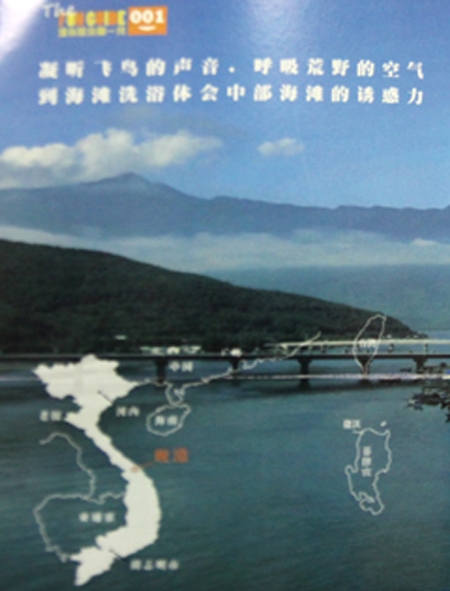 At 8.45pm on May 12, Da Nang City Customs Agency detected 98 Da Nang travel guide books in the luggage of a Chinese passenger named Xu Fenglin. The book consists of 32 pages, in Chinese language. Page 2 of the book has the Vietnam map which does not have Hoang Sa and Truong Sa archipelagoes of Vietnam.

Mr. Xu Fenglin said he is a tour guide and he brought 98 travel guide books into Vietnam to deliver to Chinese visitors in Da Nang.

This is the second time that the Da Nang Customs Agency confiscated the books that violate Vietnam’s sovereignty.

Earlier, on March 1, the Da Nang Department of Culture - Sports and Tourism seized 500 handbooks and calendars imported from Taiwan with wrong information about Vietnam's sovereignty over the two archipelagoes of Hoang Sa and Truong Sa.