Located on the most beautiful beach in Quy Nhon city, Binh Dinh province, FLC Grand Hotel Quy Nhon is considered one of the top 5-star hotel complexes in Vietnam in general, as well as in the South Central Region in particular.

The hotel features about 1,500 rooms, with a hosting capacity of up to 3,500 guests, located in the FLC Quy Nhon Beach & Golf Resort (FLC Quy Nhon) - the first 5-star resort complex of Binh Dinh.

According to the investor, the project is entering the final preparation stages to be officially inaugurated in November this year, bringing the total capacity of the entire FLC Quy Nhon complex to approximately 2,500 rooms.

With a record length of approximately 1km, consisting of four 11-storey hotel buildings overlooking the sea, FLC Grand Hotel Quy Nhon has a unique design resembling a giant DNA chain winding along the coast of Nhon Ly. In addition to the size and number of top-ranked rooms in the current 5-star hotels, the project also attracts attention when aiming at complying with both the Leadership in Energy and Environmental Design (LEED) standards and VGBC’s Green Building Certification system (LOTUS) from the very beginning phases.

This is rare for hotel projects in Vietnam, as this requires strict compliance with a large number of sets of standards such as improving the quality of living environment, increasing the project's adaptability to environmental changes, using renewable energy optimally, etc.

Design consultancy by Baumschlager Eberle Architekten (BE), a leading Austrian brand known for optimizing the "green" concepts in design, the project was built with the idea of ​​creating a green tropical space and a luxurious living, closing to nature, at the same time preserving the local cultural specialties.

The space is maximized through glass doors and transparent railing, the white and blue colors used throughout the interior will create a peaceful and relaxing feeling of a true coastal resort, making visitors feel the ocean is only a few steps away.

Notably, visitors staying here will continue to be indulged in the integrated facilities at FLC Quy Nhon such as a 36-hole golf course in the Top 3 most beautiful golf courses in Asia, International Convention Center, the first semi-wild animal park in Quy Nhon, etc.

After the launch in November, FLC Grand Hotel Quy Nhon is expected to become a new iconic project in Binh Dinh, contributing to the completion and enhancement of a luxury resort experience for visitors in one of the leading vacation paradise in Vietnam currently. 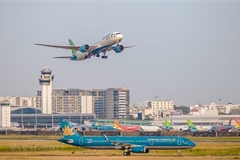 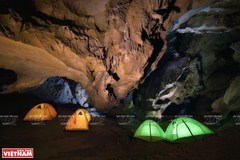 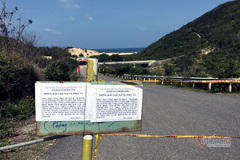 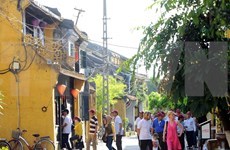