Hoang Thu Thao from Lang Son City could not hide her satisfaction after a trip to the area.

“We were impressed and will return here again,” she said.

“I love the tranquil valley here with ethnic minority stilt houses belonging to four different groups, where we experienced the local delicacies and lifestyle,” she added.

Joining a mountain climbing trip to Chua Village, Yen Thinh Commune, Takahashi Ichiro from Japan said he had climbed mountains across Vietnam but this was the first time he had climbed in Yen Thinh.

“The local nature is beautiful with lots of high karst mountains and magnificent caves, and the food is especially good,” he said. “I’m really happy with my trip.”

Thao and Ichiro were two of the many tourists visiting the site, a new tourism destination located 21km to the north of Huu Lung District.

According to Hoang Trung Ta, chairman of Yen Thinh Commune, the area has nine villages with over 1,300 families with 4,200 people from the Kinh, Tay, Nung and Dao ethnic groups.

The commune received some 4,000 visitors each year, he said.

Local authorities have recently introduced some adventure sports and community-based tourism models in the commune.

The commune has installed more road and tourist information signs, and invested in mountain climbing facilities.

Five families taking part in the community-based tourism project have been given VND30 million (US$1,300) to improve facilities and infrastructure to serve guests.

In May, some 10,000 people in the commune received tourism training organised by the province’s tourism department.

The department has recognised the commune as a tourism destination.

“In the next few months, we will help the commune to enhance infrastructure and co-operate with travel agencies to develop tours to the commune with advertising,” said Khong Hong Minh, deputy head of Huu Lung District's Culture and Information Department.

The commune covers over 5,500ha with lots of culture and history events like the Tro Ngo Festival, Son Loc Pagoda Festival and Am Chi Pagoda Festival (held on the 10th day of the first lunar month every two years to commemorate victory over Chinese invaders), which gather thousands of tourists every year.

It’s easy to get there as it is just 10km from National Highway 1A, close to the Huu Lien Nature Reserve.

Two thirds of the commune is covered in karst mountains, making it ideal for mountain climbing.

Local mountain climbing routes were formed in around 2012, when local guides started guiding climbers and offering top-roping for the sheer faces.

“The tour is an effective solution for preserving and developing natural resources and cultural heritage, while improving local living standards,” he said.

Mountain climbing in these villages has been exploited by a company called Vietclimb.

The company has installed more facilities for the sport and enlarged paths for trekking.

The company has also published climbing maps drawn up by foreign experts.

Xa said the commune had the potential to receive more tourists in the future.

In response, the province has offered training classes for tour guides and first aid skills to locals involved in the service.  VNS

Located in the northern border of the country, Lang Son province regularly enthralls visitors with its romantic and stunning array of natural scenery. 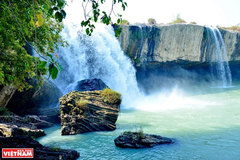 The land adjacent to the two provinces of Dak Lak and Dak Nong has two wild, magnificent and romantic waterfalls of the legendary Central Highlands. They are Dray Nur (Wife) and Dray Sap (Husband) waterfalls. 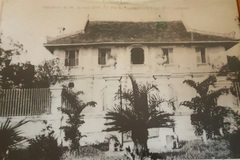 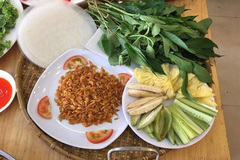 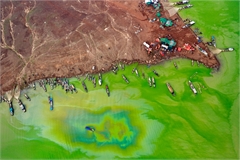 During the algae season, Tri An lake in the southern province of Dong Nai appears with a magical beauty, becoming an attractive place for photographers. 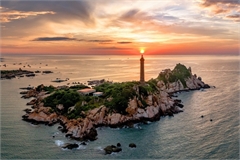 Located at Ke Ga cape in the central province of Binh Thuan, the lighthouse of the same name is a famous tourist destination. 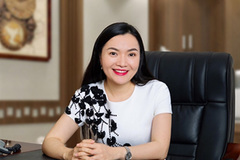 The HCM City Department of Tourism has launched its largest ever tourism communication and stimulus campaign, ‘Hello HCM City,’ in an effort to kick-start the tourism industry, which has been hit hardest by the COVID-19 pandemic. 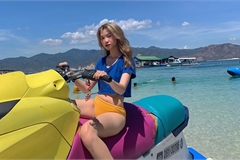 A tourism promotion campaign with the theme of “I love Sa Pa” has debuted with the aim of attracting greater numbers of tourists to the renowned northern town as the country moves past the second wave of COVID-19 epidemic.

A 30-second video titled “Why not Vietnam” will be broadcast on news broadcaster Cable News Network (CNN) of the United States starting from October 15 to advertise Vietnamese tourism worldwide. 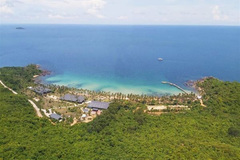 Under the sun, the high-speed boat was taking tourists to Phu Quoc Island off Kien Giang Province in Vietnam’s Mekong Delta. 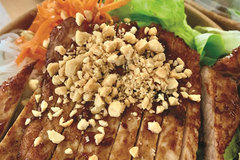 It feels like Vietnamese food has made it to every corner of the world and that people from Alaska to Auckland chow down on phở and bánh mì regularly. 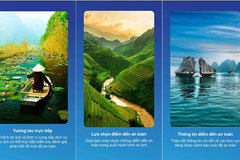 Visitors’ concerns and worries about the safety of Vietnam as a destination amidst the COVID-19 pandemic can be swept away thanks to an application which will be launched on October 10 by the Vietnam National Administration of Tourism. 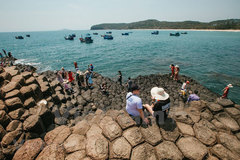 With nearly some 125 miles of coastline, the South Central province of Phu Yen is home to pristine beaches and breathtaking landscapes. 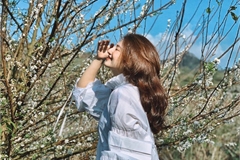 Leaving busy streets to go to towns with pristine beauty, visitors will experience very peaceful moments. Here, you can admire the majestic mountains and experience the lives of local people. 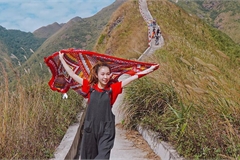 “Dinosaur spine", referring to mountain-top winding roads, is the familiar name given to some famous tourist destinations in the North by travelers.

People in Ben Tre Province in the Mekong Delta, known as the kingdom of coconut, use the fruit for cooking, handicrafts and other items. 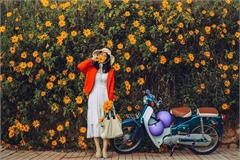 October is a good time to travel from North to South as the weather becomes pleasant. Here are the top five places to discover this month. 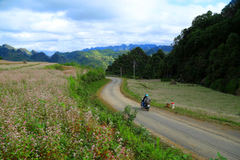 Ha Giang is renowned for many of its famous tourist attractions, including picturesque buckwheat flower fields. Here are some of the leading destinations in Ha Giang that tourists should see when visiting the province.