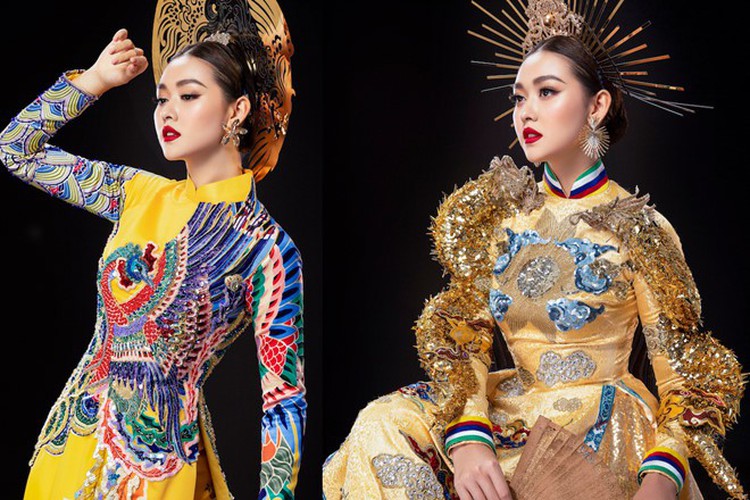 After achieving a victory in the segment, San became only the second Vietnamese representative to win an honourable award at one of five main international beauty pageants. Previously, Kha Trang had enjoyed success by winning the national costume segment during Super Model International 2018.

The main inspiration behind the design is the Vietnamese dragon, which can often be seen in Vietnamese architecture.

The Vietnamese beauty wears a traditional Ao Dai that features royal patterns from the ancient capital of Hue. 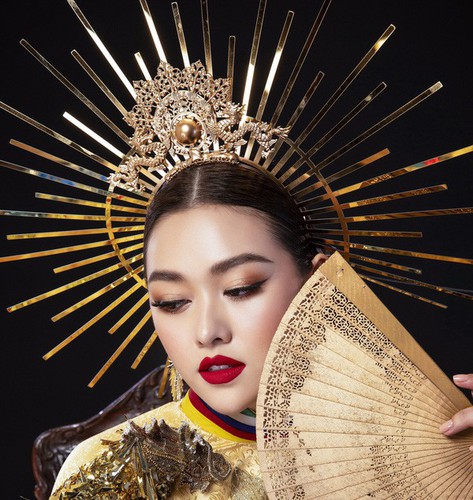 One notable aspect of the design is the unique headdress which serves to accessorise the outfit and enhance Tuong San’s style during the segment. 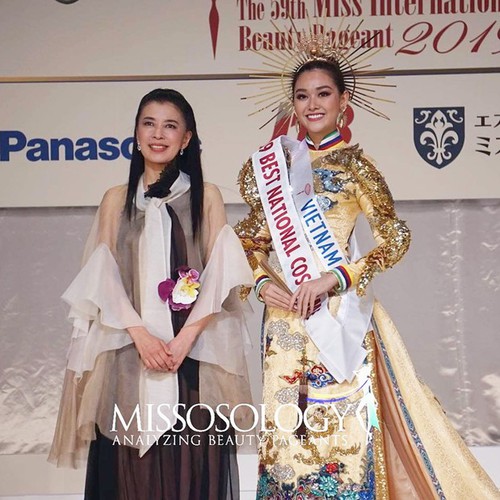 Tuong San takes to the stage to receive her award.