VietNamNet Bridge – The Performing Art Agency has found that two models taking part in beauty contests in Thailand and the US without a licence. The models are facing administrative fines of VND30 million ($1,500).

VietNamNet Bridge – The Performing Art Agency has found that two models taking part in beauty contests in Thailand and the US without a licence. The models are facing administrative fines of VND30 million ($1,500). 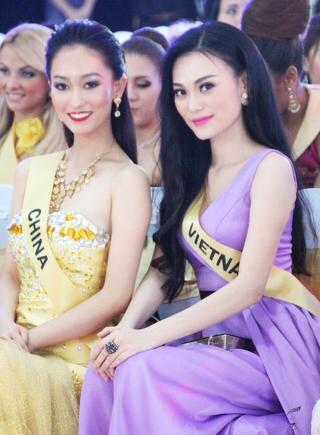 Cao Thuy Linh at the Miss Grand International 2014 in Thailand.

Le Minh Tuan, an official from the Performing Art Agency, says HCM City’s model Cao Thuy Linh is participating in the Miss Grand International in 2014 pageant in Thailand, while another HCM City’s model, Huynh Thuy Anh, recently competed at a beauty contest of overseas Vietnamese in the US without permission from the relevant authorities.

Tuan says the Performing Art Agency has asked the HCM City Department of Culture, Sports and Tourism to punish the two models.

On September 22, the two models’ manager, Ngo Dinh Hoa, met with officials of the HCM City Department of Culture, Sports and Tourism about the incident.

The Inspectorate of the Department of Culture, Sports and Tourism of Ho Chi Minh City said that Hoa must take responsibility for sending the two models to international beauty contests without a license, but Hoa denied this, saying that Thuy Anh went to America to visit her relatives and was introduced “accidentally” to participate in the competition.

For the case of Thuy Linh, Hoa said she was invited by the Miss Grand International organizers. "I just helped her prepare costumes,” Hoa explained.

He said the invitation letter was sent to Linh very late so he did not have time to ask for a licence. Linh is now in Thailand and the incident will be solved when she returns to Vietnam.

Tuan says that Hoa’s explanation is irresponsible because the role of a manager is to guide his models to comply with the law. 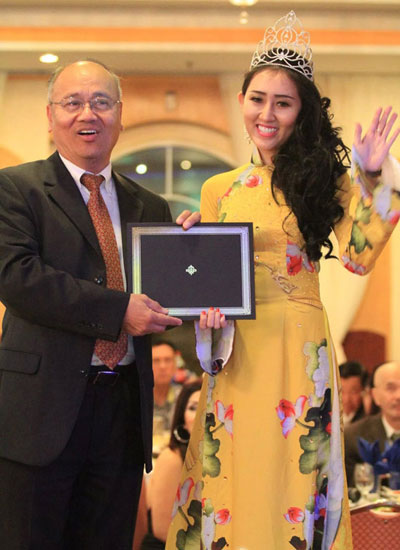 Thuy Anh won a prize at a beauty contest in the USA.

"According to our information, Mr. Ngo Dinh Hoa directly prepared costumes for the two models at the pageants. We are waiting for the HCM City Department of Culture, Sports and Tourism’s investigation to handle the violation," Tuan said.

Under the law, Vietnamese representatives at international beauty contests must be prize winners at local pageants. Both Linh and Thuy Anh have never won prizes at any local beauty contest.

Tuan says that some models who are not eligible to participate in international beauty contests still compete at overseas pageants in order to seek a title to improve their image and support their career at home.

As stipulated in Decree 158, the two models face a fine of VND30 million.

Previously, some models like Que Van and Phan Hoang Thu were fined for the same behavior.