The Vietnam Peacekeeping Department (VPD) under the Defence Ministry presented the President’s decision to assign peacekeeping duty in South Sudan to two officers at a ceremony on October 24. 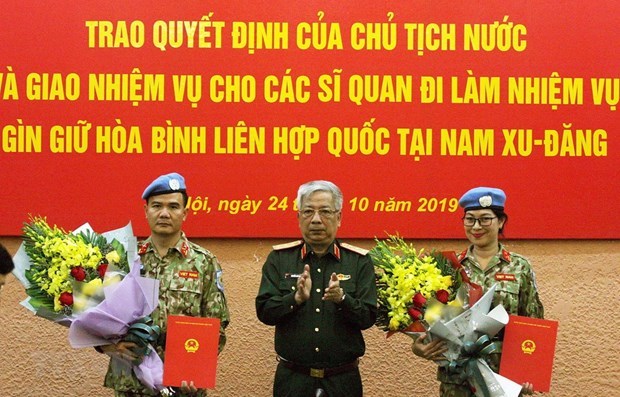 He requested the two out-going officers to strictly comply with regulationsand rules of the Vietnam People’s Army and the UN peacekeeping mission as wellas local laws.

On the occasion, four officers who had completed their term at the SouthSudan and Central African Republic reported their work to the Defence Ministry’sleaders./.VNA