VietNamNet Bridge - Two former directors of the Department of Culture - Sports and Tourism of the central province of Phu Yen have been reprimanded for the degradation of the province’s $5 million museum, one year after its inauguration.

VietNamNet Bridge - Two former directors of the Department of Culture - Sports and Tourism of the central province of Phu Yen have been reprimanded for the degradation of the province’s $5 million museum, one year after its inauguration. 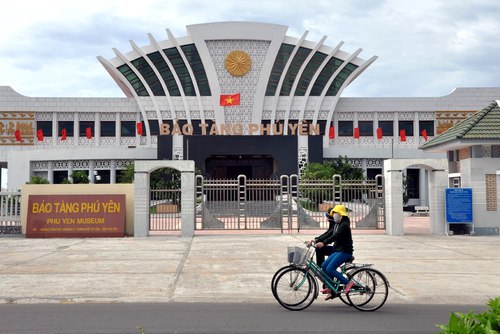 The construction of the Phu Yen Museum started on 1/7/2010, scheduled for completion in March 2011 to celebrate the 400th anniversary of Phu Yen province and the National Tourism of the South Central Region, which was hosted by Phu Yen.

Until its inauguration day on Feb 2012, its exhibition space remained unfinished. The museum was then closed soon after it opened.

Many state-owned cultural and sports facilities nationwide have suffered similar waste. The Phu Yen Museum is one of the latest examples of rampant waste on local cultural facilities.