Two scenarios for inbound tours for rest of the year

After seeing 33 percent growth rate in January compared with the same period last year, Vietnam’s tourism witnessed sharp decreases in the next months, 22 percent in February and 68 percent in March, because of Covid-19.

Experts predicted the number of travelers would drop even more sharply in April because of the travel restriction policy. 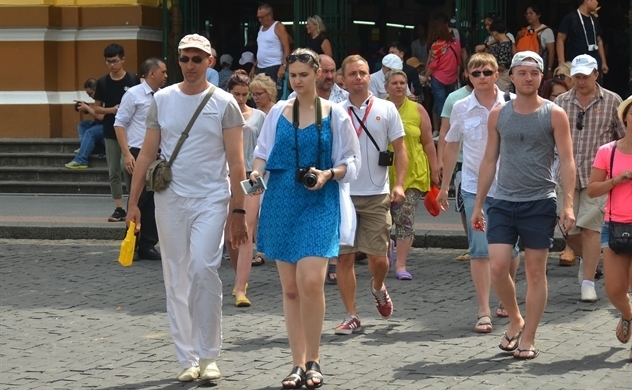 The number of foreign travelers to Vietnam in upcoming months is believed to depend on when Covid-19 is contained around the world.

If the epidemic ends in June, there would be no foreign travelers to Vietnam through June. The situation would improve in the last months of the year, but the number of foreign travelers would still be low and the positive growth rate not likely to happen.

If the epidemic is curbed, business travel activities may recover first because of the demand for resuming business and trade activities in the world. However, the ‘openess’ in travel would not be normal because countries would still fear the comeback of coronavirus.

Analysts predicted that markets in Asia may recover sooner than markets such as Europe, North America and Australia.

Under this scenario, inbound tourism may see a 70 percent decrease in number of foreign travelers in 2020 compared with the last year, to 5.5 million.

If the epidemic ends in July, the stagnation period would last longer, from April to September. If so, travel recovery would be very modest in the last months of the year.

Under this scenario, the number of foreign travelers to Vietanm in 2020 would drop by 75 percent to 4.6 million.

If the situation is even worse, i.e. the epidemic still cannot be contained by the end of December, Vietnam will have no foreign travelers from April to December. The total number of foreign travelers to Vietnam in 2020 would drop by 80 percent to 3.7 million.

Experts argue about the recovery models of the economy in general and tourism industry in particular.

After the epidemic is contained, foreign travelers will not have much time to plan their tours for the last months of the year. VNAT’s deputy general director of Ngo Hoai Chung said the tourism industry would only return to normal in early 2021.