Thereby, the award council unified to propose two scientists to the Minister of Science and Technology for Ta Quang Buu Award 2022, including Full Professor, Doctor of Science Ngo Viet Trung, Institute of Mathematics under Vietnam Academy of Science and Technology in field of mathematics with his work of “Depth functions of symbolic powers of homogeneous ideals” published on Inventiones Mathematicae in 2019; and Associate Professor Ph.D Nguyen Thi Le Thu, University of Technology - Vietnam National University HCMC in field of Chemistry with her work of  “Tailoring the Hard−Soft Interface with Dynamic Diels−Alder Linkages in Polyurethanes: Toward Superior Mechanical Properties and Healability at Mild Temperature” published on Chemistry of Materials in 2019. 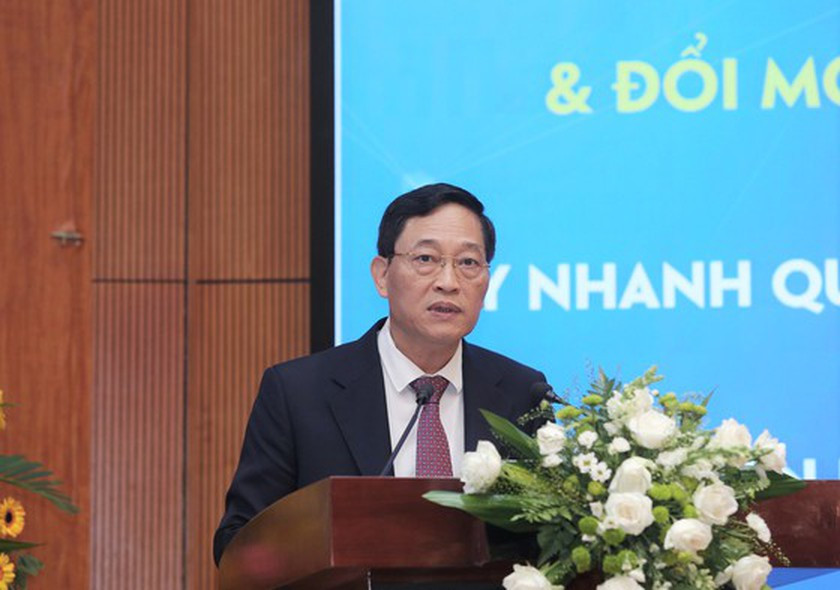 Deputy Minister of Science and Technology Tran Van Tung speaks at the ceremony.

At the ceremony, Deputy Minister of Science and Technology Tran Van Tung said that from 2014 up to now, Vietnam Science and Technology Day (May 18) has become a traditional day and the Ta Quang Buu Award has also become an important annual event of the science and technology industry to honor outstanding scientists in field of basic sciences.

This year, the National Foundation for Science and Technology Development (NAFOSTED), the standing agency of this award, received 48 dossiers for the precious award.