Two sets of textbooks will not be available for 2nd graders 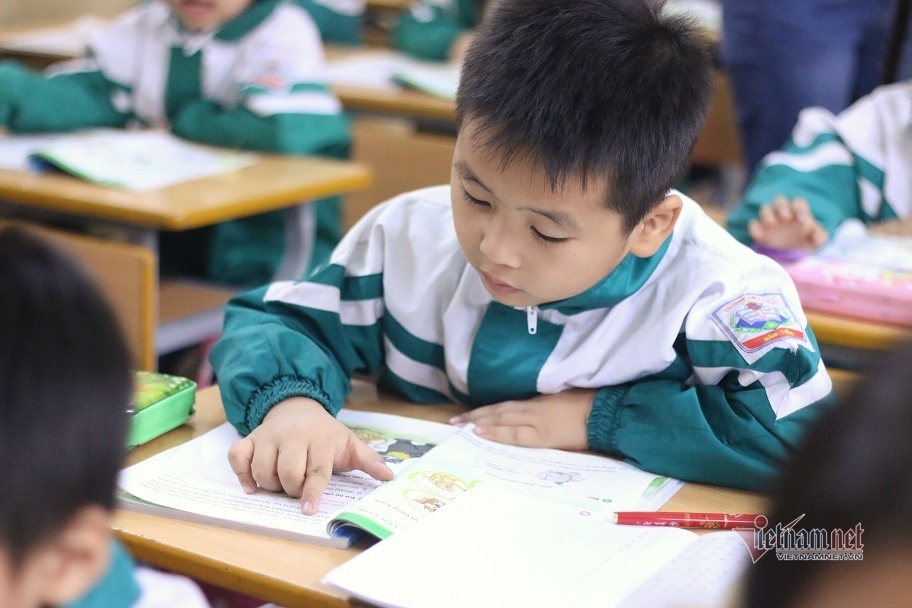 The representative of the Vietnam Education Publshing House admitted that the publishing house will have only two sets of textbooks for second and subsequent grades.

Meanwhile, Phan Doan Thoai, chief editor of the math textbook of ‘Cung hoc de phat trien nang luc’, said the compilation viewpoints of the two sets of textbooks are very different. Besides, there is not enough time to ‘unify’ the textbooks in the true sense of the word.

“I think it is difficult to merge two sets of textbooks, because each follows a specific philosophy and structure,” he said.

“Though textbooks must be designed to reflect the common spirit of the curriculum, each group of authors will follow its own viewpoint about the teaching process,” he said.

Thoai went on to say that with the textbook merger, the schools which chose ‘Cung hoc de phat trien nang luc’ for first graders will be affected.

In principle, when compiling textbooks, authors not only design lessons for every class, or every learning subject, but do this with comprehensive view. The ways of integrating issues will be different for different sets of textbooks.

Also according to Thoai, after the ‘unification’, the major subjects, including Vietnamese language, Math, Nature and Society, are mostly from ‘Ket noi tri thuc va cuoc song’. Only Experience Activities and Physical Education are from ‘Cung hoc de phat trien nang luc’.

Prior to that, after finishing ‘Cung hoc de phat trien nang luc’ for first graders, the company was ready to compile the textbooks for second and sixth graders. Authors were selected very carefully and trained to compile textbooks in accordance with the new spirit.

The drafts of the textbooks for second and sixth graders were completed and received an internal examination. The textbooks were praised but could not come out finally.

A teacher in Lang Son said she was trained well last year to teach with ‘Cung hoc de phat trien nang luc’. Now, she and other teachers will have to get familiar with another textbook.

“Will we have to be trained once again? How will second graders receive knowledge if the knowledge in textbooks is not in succession?” she said.

In reply, Nguyen Quoc Anh, deputy director of the Ha Tinh Education and Training Department, affirmed that the merger of textbooks won’t affect teaching and learning in the next academic year.

“Publishing houses will closely cooperate with the education department to train teachers in the content and teaching method,” Anh said.

Agreeing with Anh, Tran Thi Ngoc Diem, director of An Giang Education and Training Department, believes that this won’t be a problem.

“All textbooks have content following the general education program and have the same targets. Therefore, there won’t be problem if some changes are made,” she said.

Explaining her view, Hanh said the textbook compilation has strictly observed the procedure and is built on the new general education program which sets specific goals for every subject and grade.