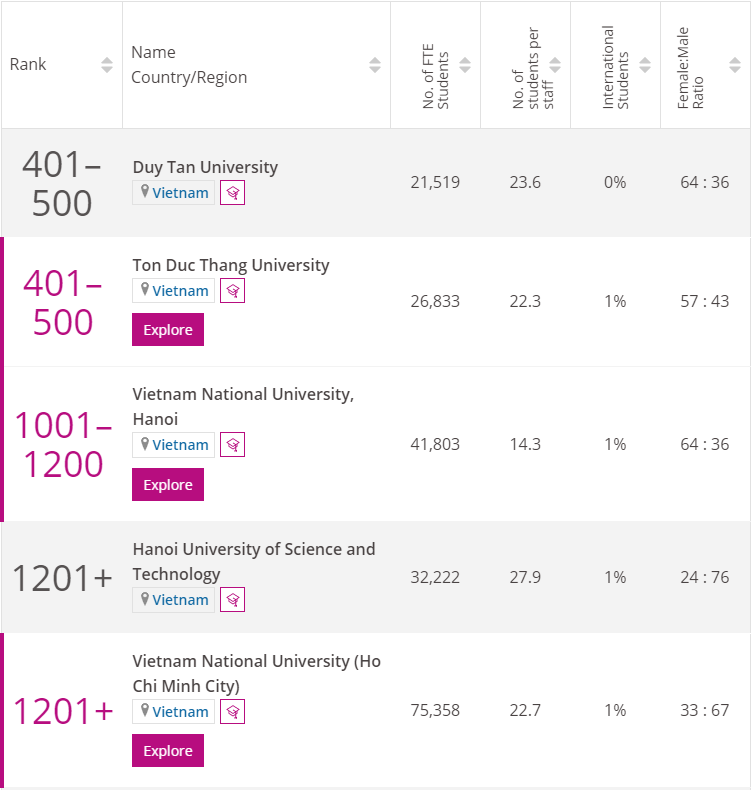 Both universities are in the top 401 – 500 due to their strong growth in citation indexes.

The Vietnam National University Hanoi, which previously had entered the group of 801 - 1,000 top universities in the world twice, this year ranked in the group of 1,001 - 1,200.

In addition, Vietnam National University Ho Chi Minh City and Hanoi University of Science and Technology were ranked in the group 1,201+.

The ranking has the participation of more than 1,600 higher education institutions across 99 countries and territories. This is the largest and most diverse university rankings in the world.

For the first time, China has two representatives in the top 20, including Peking University and Tsinghua University, together in 16th place.

Six countries have representatives in the ranking for the first time this year, including: Azerbaijan, Ecuador, Ethiopia, Fiji, Palestine and Tanzania.

The criteria for THE 2022 are similar to those of the 2021 rankings, with 5 groups, including:

4. International outlook (of staff, students and studies) with 7.5%