Viglacera (VGC), a building material and sanitary ware manufacturer, has publicized documents for the 2019 shareholders’ meeting, which mentioned two important issues – the capital divestment by the State and the decision of the management board to expand its investments into the industrial property sector. 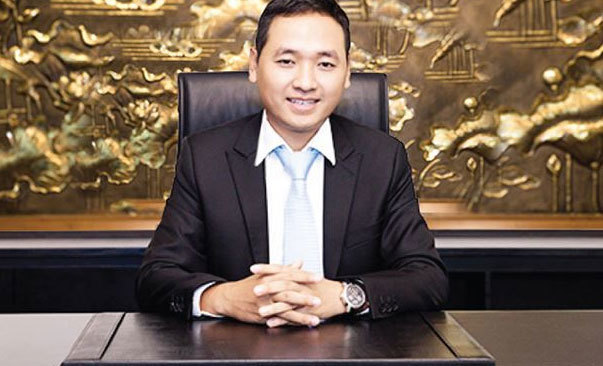 The group of shareholders related to the Vietnam Electrical Equipment Joint Stock Corporation (Gelex, GEX), headed by Nguyen Van Tuan, is now the second largest shareholder in Viglacera, just to the Ministry of Construction (MOC).

The documents showed that Viglacera will develop two industrial zone (IZ) projects, namely the 280 hectare Yen My in Hung Yen province and the 221 hectare Yen Phong II-C in Bac Ninh. It is following procedures to develop the expanded Dong Van IV and Thuan Thanh IZs in Bac Ninh province.

The shareholders led by Tuan want to inject money into industrial property because the sector is believed to be very promising in the context of strong FDI flow into Vietnam. The prolonged US-China trade war has triggered a wave of investment relocation to Vietnam from China, which makes the demand for industrial land increase.

The decision to invest in Viglacera will help Gelex, represented by Tuan, make a high variety of building materials including super-white floating and energy-saving glass.

MOC in March successfully sold 69 million shares, or 18 percent of Viglacera’s capital to three investors at the price of VND23,000 per share on average. Gelex group of investor is now holding 44 million VGC shares, or 9.8 percent.

Analysts noted the rapid increase of the shares of industrial property developers in recent days. SIP shares of the Sai Gon Investment JSC which entered the bourse on June 17, for example, saw the price increase by 84 percent after three first trading sessions.

NTC of Nam Tan Uyen IZ has also increased sharply in prices in recent days, once exceeding the VND150,000 per share threshold, up by 90 percent compared with the same period last year.

The same thing has been reported for Sonadezi in Dong Nai and Long Hau IZs.

In 2018, Sacomreal of the tycoon Dang Van Thanh unexpectedly changed its name to TTC Land and jumped into the industrial property sector.

TTC Land now owns Thanh Thanh Cong (TTCIZ) in Tay Ninh and Tan Kim IZ in Long An provinces. Both are located in the southern key economic zone and have an occupancy rates of over 60 percent.