Tycoons run away from banks

VietNamNet Bridge – 2013 is a year worth remembering for bankers as it witnesses the leave of a lot of big shareholders from commercial banks. The trend is believed to continue in 2014.

VietNamNet Bridge – 2013 is a year worth remembering for bankers as it witnesses the leave of a lot of big shareholders from commercial banks. The trend is believed to continue in 2014. 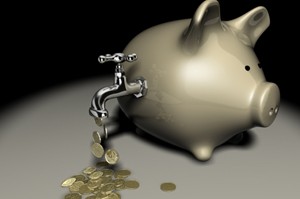 Being one of the founding shareholders of Techcombank, a big and prosperous bank, Vietnam Airlines, an air carrier, decided to say “goodbye” to the bank.

The shareholder at first held 20 percent of Techcombank’s stakes, but then gradually reduced the ownership ratio in the bank. In late June 2013, Vietnam Airlines kicked off the capital withdrawal process in accordance with the plan approved by the Prime Minister.

Once being the biggest shareholder of An Binh Bank, the Electricity of Vietnam (EVN) has to quit office as per the request by the government.

In July 2013, EVN put 25.2 million shares out of the 102 million shares it held (21.27 percent) into auction. However, the stake sale plan failed completely, which was attributed to the high prices.

In mid-December 2013, EVN unexpectedly announced it has wrapped up the deal of selling 25.2 million shares, or 5.25 percent of ABBank’s stakes to Geleximco.

Tin Nghia Corporation, the biggest shareholder of Dai A Bank, has transferred its shares to a group of new shareholders after Dai A Bank merged into HD Bank under a restructuring plan. The name Dai A Bank will no more exist in the market.

In late November, Tin Nghia offered to sell 79.8 million Dai A Bank’s shares, or 25.7 percent of the bank’s chartered capital. The information about the auction has not been made public, but sources said the deal has succeeded.

While the share transfer deals of Techcombank, ABBank and Dai A Bank were all anticipated, the move by Oversea-Chinese Banking Corporation Limited (OCBC), which held 14.88 percent of VP Bank’s shares to leave VP Bank after seven years of cooperation, caused a big surprise to investors.

On November 22, OCBC officially sold out the 86 million VP Bank’s shares to three Vietnamese individual investors in a deal worth $55.5 million.

Sources said OCBC has made a 35 percent profit from the investment deal in VP Bank after seven years.

Observers have also cited some other breakups. Dang Thanh Tam, one of the most influential businessmen in Vietnam, left Navibank. A group of old shareholders of TrustBank sold 85 percent of the bank’s shares to Thien Thanh Group and the other 20 investors.

The observers affirmed that a lot of other bank share transfer deals were made in 2013, but were not made public, believing that more big guys would leave banks in 2014.

The next deal expected to be made in 2014 is the one of PetroVietnam selling Ocean Bank. The oil and gas group now holds 80 million Ocean Bank’s shares (20 percent). In October 2013, PetroVietnam once announced about the capital withdrawal, but it has not found suitable partners.