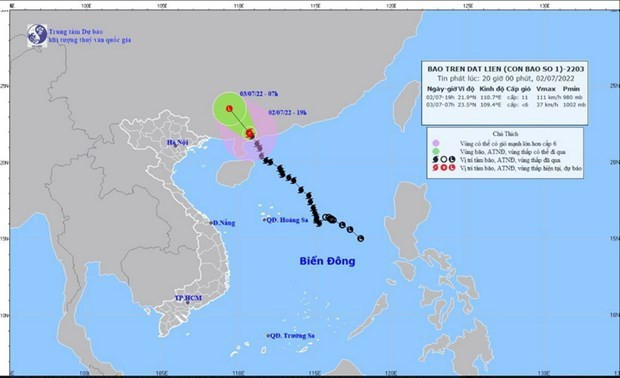 At around 4am, its wind speed fell to below 39km per hour, according to the National Centre for Hydro-Meteorological Forecasting (NCHMF).

The north-western and north-eastern provinces should expect scattered thunderstorms and downpours, with rainfall from 10 – 30mm, and even 50mm in some locations, on the July 3 evening and night.

From July 4 – 7, the north will be likely to see heavy rain, the NCHMF forecast, adding that there is the possibility of tornadoes, lightning, hail and strong winds.

The mountainous northern provinces are at risk of being struck with flash flood and landslides, it said. Flooding is also expected at low-lying areas./.
Source: VNA