The owner of a “super-business” with registered capital of VND500 trillion has announced the dissolution of his business because he has failed to arrange enough capital. 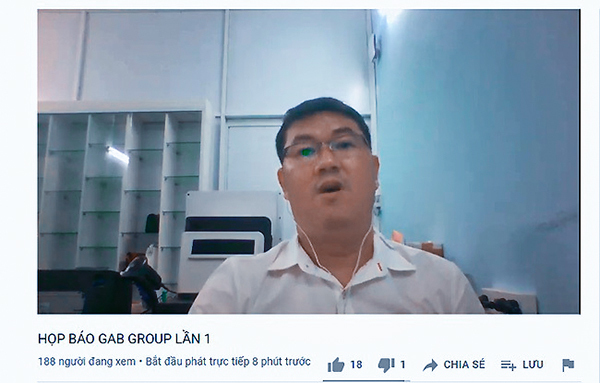 Anh once stirred up the public half a year ago when he registered the super business with huge capital of VND500 trillion.

The latest news was published on the national information portal on business registration on January 6, 2022. The shareholders didn’t contribute capital as initially declared in the registration form.

In May 2021, on the portal, there was information about the registration of two businesses in the fields of information and communications in HCM City with surprisingly high capital of VND525 trillion.

The registration caused a stir among the public because of the sky high capital registered, which was even higher than the biggest businesses in Vietnam, including the Electricity of Vietnamm (EVN) and Viettel.

During a livestream on YouTube at that time, Anh said he would have $21.7 billion in his bank account after just three months.

“I have many sources of money and many things can bring cash flow. We don’t need to seek clients, we will still have a mass of clients, millions of clients at once,” he said.

The man, on another channel, introduced himself as the ‘youngest brother’ and said he hoped ‘elder brothers’ contributed capital to his business.

He estimated that each ‘elder brother’ would contribute ‘billions dong’. However, he said that he doesn’t need such big amount of money to operate his business, because the amount is too large.

“My business just needs VND20 million or lower to operate,” he said.

“Frankly speaking, I have no money, but I have intelligence,” he said.

Most of the 100,000 businesses that have left the market in 2021 have been small and medium sized enterprises (SMEs), which has caused difficulties to millions of workers and their families.