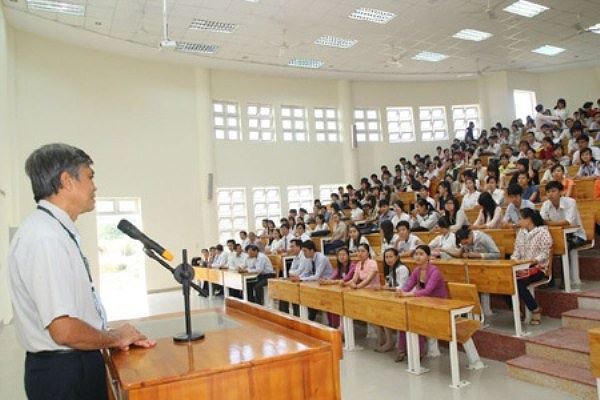 NTN, PhD, the lecturer of a university of education in the north, said all lecturer have to show certificates in pedagogy.

N and other lecturers at the school, including veteran professors, were forced to attend a refresher training course in pedagogical skills.

According to Hoang Duc Minh from the Ministry of Education and Training (MOET), the Article 77 of the Education Law and an inter-ministerial circular of MOET and the Ministry of Interior Affairs (MIA) released in 2014 stipulate that university lecturers have to obtain certificates in pedagogical skills training.

As such, the requirement was set several years ago. However, the issue caught the public attention again because of a new regulation which says that education establishments not meeting standards will not have the right to receive higher training ‘quotas’.

The ‘standards’ include the quality of lecturers, and one of the standards is pedagogical skills.

As a result, schools have asked all of their lecturers, including professors, to attend training courses for certificates in pedagogy.

However, who is qualified to train professors?

Dong said he worked as instructor of 40 PhD students and hundreds of master’s students, and believes that he has no reason to attend training courses for the certificate.

“A leading professor of the Hanoi University of Science and Technology has to stop teaching just because he doesn’t have certificate in pedagogy?” he said.

Chau Duong Quang, a PhD student at the State University of New York, affirmed that no university in the US requires lecturers to have certificates in pedagogy, and pedagogical skill requirements are applied only to general schools.

“Vietnam sets a regulation which is not seen anywhere else in the world,” commented Minh. “The requirement on certificates in pedagogy is useless for university lecturers.”

He said once the requirement is set by the laws, it must be observed. However, MOET is considering the issue, and if necessary, it will propose removing the requirement when drafting the amended education law.