Chinese car brands made a breakthrough in 2020 when their cars began selling well in Vietnam, which had never before favored products from China. 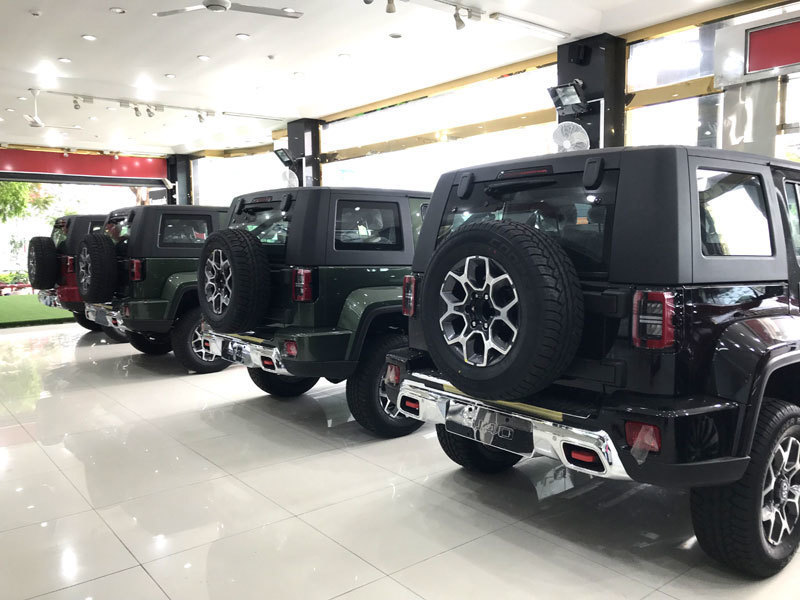 Car dealers revealed that the two Chinese models Beijing X7 and Brilliance V7 are in short supply. There has been no Chinese arrival since the beginning of 2021, so car buyers have had to wait for deliveries.

Beijing X7 has been the best Chinese seller, while Brilliance V7 has ranked second. Though the design and equipment of Brilliance V7 is inferior to Beijing X7, it has a large interior compartment and uses a BMW engine.

One source said that a total of 500 Beijing X7s were imported to Vietnam as of the end of 2020. Imports of other models, including Brilliance V7, Zotye Z8 and BJ 40, had reached 300.

Despite Covid-19, which had an adverse impact on Vietnam’s automobile market, Chinese brands in 2019 had sales increases, especially in the last months of the year.

Car dealers hope their business will be even better in 2021, considering the orders they have taken. Their biggest worry now is the supply shortage and price increases.

“Chinese suppliers now cannot satisfy our orders for Beijing X7 and Brilliance V7. Meanwhile, as the reminbi/US dollar exchange rate has fluctuated, every imported car is $1,000 more expensive. The transport cost of every car has also surged to $1,800, six times higher than previously,” said a car dealer specializing in Chinese imports.

However, some analysts still doubt that Chinese cars will continue to sell well in 2021. They said Chinese cars sell well at launch, but see sales decrease later.

They said some buyers said that they had bought Chinese cars just to have some experience and still need some more time to evaluate their quality. In general, Chinese brands are not considered strong brands.

The common characteristics of Chinese next-generation models are that they have beautiful designs like European cars and are equipped with many high technologies, while the prices are very affordable.

However, in addition to these characteristics, Vietnamese want strong brands and high quality. The preconception that Chinese products mean low-quality products still exists.

With VND700 million, Vietnamese now have many choices for non-Chinese cars. They can buy Japanese and South Korean products, which don’t have too many high tech features but are relatively modern and have good design. And importantly, there us no need to worry about the quality of the products.

Most imported Chinese models have selling prices of around VND700 million. With an engine of less than 2.0L, the import tariff is 70 percent, luxury tax 35-40 percent and VAT 10 percent. The production cost is estimated at VND300 million.