An exhibition titled “Art of Vietnam – Another Look,” which showcased more than 50 art works by well-known Vietnamese modern artists since the period of École Supérieure des Beaux-Arts de l’Indochine (Indochina Fine Arts College) and beyond from October 19-23, has just closed.

Raising the value of Vietnamese paintings 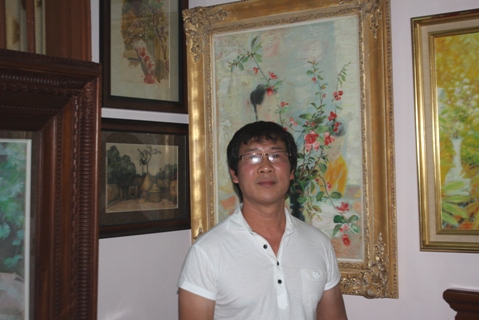 Some may wonder if Nguyen Minh’s effort to bring back Vietnamese artworks home was for “business" or "art". The answer is both.

Minh said the first motive for "repatriation" of paintings must be love because if only profit was considered, he could not take a "risk" in auctions.

Minh has a great passion for paintings by the artists of the "golden generation" of the Indochina College of Fine Arts (L'ecole des Beaux-Arts de l'Indochine), especially Le Pho, Mai Trung Thu, and Vu Cao Dam. So, when participating in the auction of paintings by these artists, he was often more “aggressive” than usual.

"Obviously, I'm a painting collector so I also have to take into account the elements relating to trade in order to balance revenues and expenditures," he said. 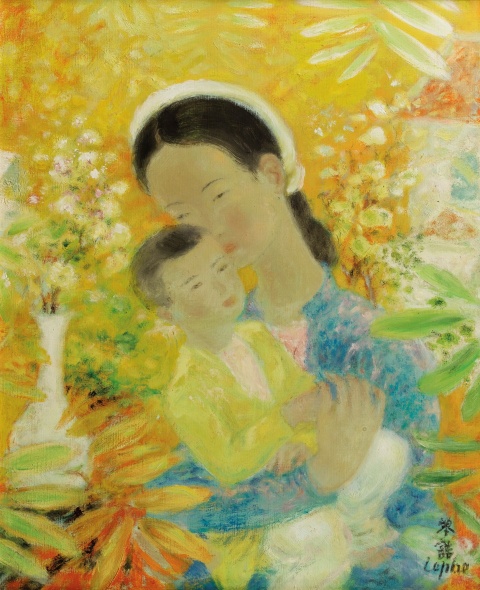 "Mother and baby" by Le Pho

"The artists like Le Pho, Le Thi Luu, Mai Trung Thu, and Vu Cao Dam lived abroad but their paintings are all about Vietnam, showing the Vietnamese soul. And, their contributions to promote Vietnamese art to the world have been huge," said painter Luong Xuan Doan, Vice Chair of the Vietnam Fine Arts Association.

"However, these artists have not been rewarded with the nation's top prizes as the State Award and the Ho Chi Minh Award," Doan said.

"Previously we lacked the resources to assess the paintings of these artists but the exhibition ‘Art of Vietnam – Another Look’, has provided professionals the original paintings as the basis for assessment and recognition of the contribution of expatriate artists," Doan said.

Collector Nguyen Minh said the names of Vu Cao Dam, Mai Trung Thu, Le Thi Luu, and Le Pho have been recognized worldwide. These artists and their artworks have long been considered a vital part of the face of Vietnam arts so the recognition of the contribution of these artists at this time came late. But better late than never.