The problems arising during site clearance and the lockdown during the Covid-19 pandemic have led to the slow implementation of the 500KV transmission line circuit 3 project. 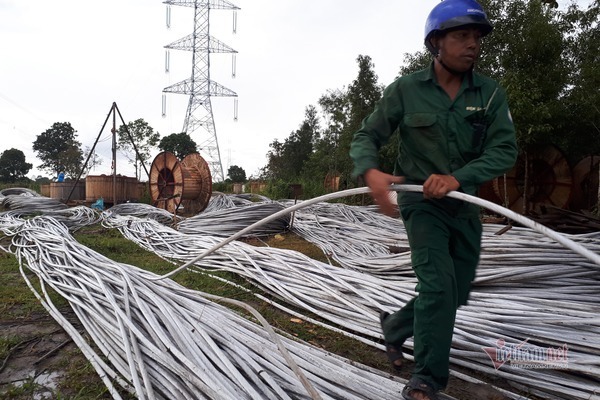 “If site clearance can be implemented quickly, projects will be completed as scheduled. The site clearance will get stuck if just one household doesn’t move,” he said.

The site clearance to get land for the 500 KV transmission line circuit 3 project has been implemented for three years, but has not been completed as one household hasn't agreed to move with offers from the project management board.

The transmission line going through Kon Tum City is expected to have length of 16 kilometers with 34 pillar foundations. Cleared land has been handed over to the construction units. However, the works have not been completed yet because of the household.

“Many households are ethnic minority people, who have limited knowledge about land prices and compensation procedures,” he explained. “We have to work with every household and persuade them to accept the compensations and move to make room for the project."

To date, all households have accepted to receive compensation for site clearance.

“We have just handed over the site for the project to investors,” he said.

Meanwhile, the connection to the national grid was initially scheduled to be implemented by June 30, 2020.

Other localities are facing the same problems as Pleiku and Kontum.

It is very difficult to take stock of land, find land owners and draw up compensation plans for site clearance because the project areas are mountainous areas with complex topography.

Nguyen Dinh Tho, deputy director of the Central Region Power Project Management Board, confirmed that slow site clearance has adversely affected the execution of the project.

Meanwhile, the rainy season has come. Downpours have occurred in many localities, which makes it impossible to execute the work.

The Prime Minister has requested the Ministry of Planning and Investment (MPI) propose suitable management solutions for solar power projects.